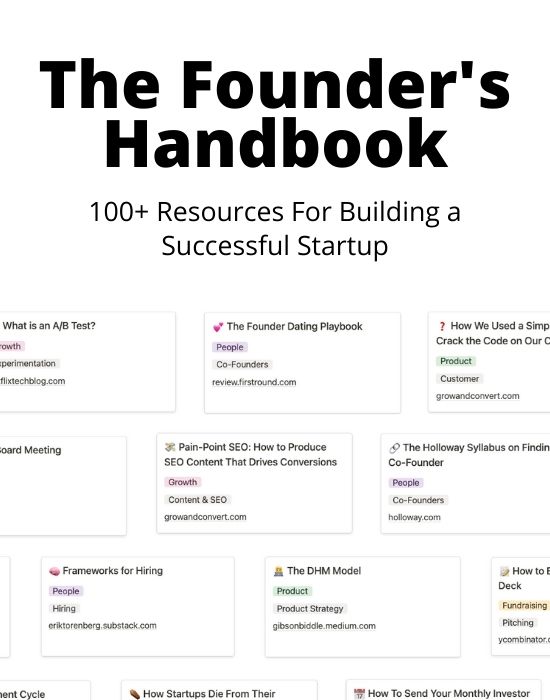 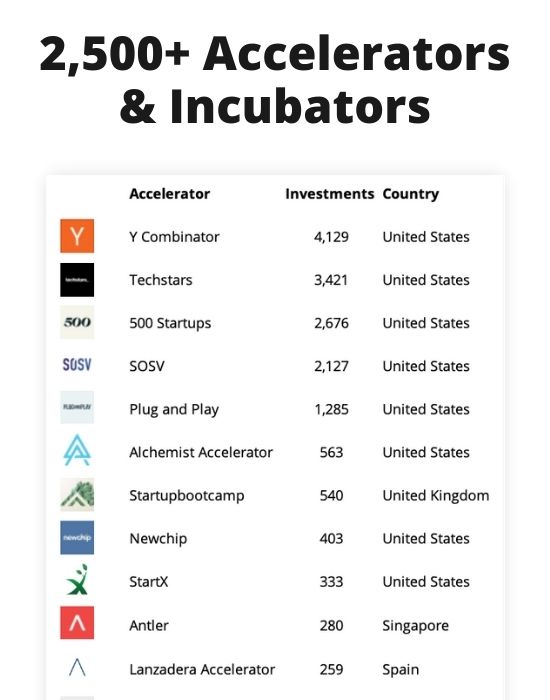 This free sheet contains 2,658 accelerators and incubators that you can apply to today, along with information about the industries and stages they generally invest in. 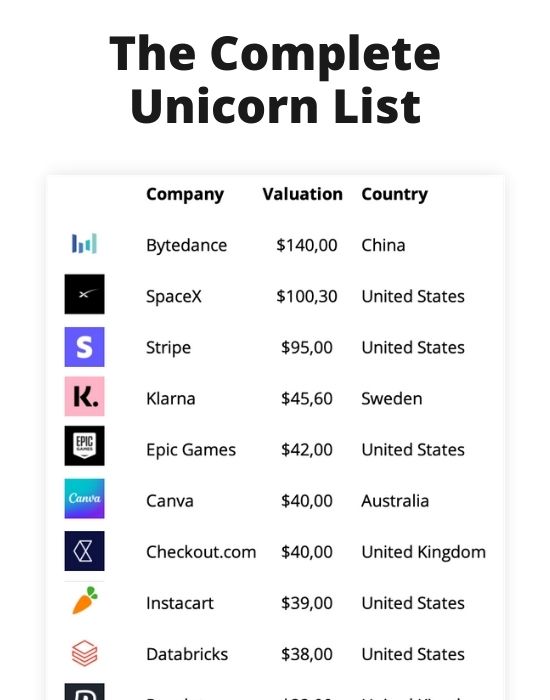 This free sheet contains all the information about the existing 1,016 unicorns, including their valuation, HQ's location, founded year, name of founders, funding amount and number of employees.

How Henrik Learnt from Mistakes & Transformed them into Successes

Henrik Friis de Magalhães e Meneses is a half Norwegian and half Portuguese passionate entrepreneur who enjoys participating in political discussions, play sports and grow businesses. He lived most of his life in Denmark and in the UK but he is currently based in Copenhagen.

Aged only 24, Henrik is the CEO of HF Productions and is responsible for setting the strategic direction of their assets, including the organization of international film festivals, promoting short films to indie markets and producing short films as well as documentaries.

Henrik is fluent in Danish, Norwegian and Portuguese, but having gone to international schools his whole life, English is his strongest language.

But today, we are here to talk about business.

Since he was a young boy, Henrik had always felt independent and had a talent of negotiating. At age 7, he started his first venture: transforming his room into a kiosk and started selling chocolates and sweets to his family!

As it couldn’t be otherwise, this was not a ground-breaking financial success, but it was a useful experience and the beginning of his understanding on the very basics of running something that resembled a “business”.

However, it was when Henrik turned 15 he started developing businesses. By own choice, he moved away from his family to attend a prestigious boarding school just south of Copenhagen.

Now, let’s meet Henrik and let him share his story.

Henrik’s Story of Lots of Mistakes and Few Successes

So, at age 15 I moved away from home to a boarding school, which ultimately became a training ground for my business ideas. I met many interesting and like-minded people and was keen on developing my ideas alongside a few friends that could add value to my projects.

My first learning experience was called GameMust - a gaming website with flash games that could be played directly from our website. I learned a lot about complex softwares, the value of having different people in a business and also the risk of working with friends.

GameMust was a spectacular failure in terms of economics. We tried to generate profits through Google AdSense, but we never made more than $20. Nonetheless, it was an important experience and I, fortunately, didn’t lose too much money on it either.

As a 16-year-old, I wasn’t old enough to own a business, so I applied to the Danish State and successfully became economically independent from my parents. Almost momentarily after I closed down GameMust, I decided to experiment with another business: SavingsThatMatter (which later got renamed to MegBen and Da Spiel).

The idea was simple: I would dropship video games from the UK to the Scandinavian market at low prices. In order to remain the cheapest online store in Scandinavia, our profit margins would remain small but we would go on to sell hundreds of games in only a few months (Hint: it didn't work out as I wanted it to!).

Hundreds of emails, customer support, complaints on delivery, returning items - it was a lot to manage while simultaneously trying to pass all classes at high school. I ran Da Spiel for a couple of years until I decided to go to New York City to study something entirely different: Human Rights. My interest in politics intensified and business was put on hold (or at least I thought so).

After a few weeks in New York, I met with the real estate agent who had provided the accommodation for my two friends and I. I asked him if he would be interested in a partnership where I would offer his accommodation to Norwegian students moving to New York and in exchange, I would charge a service fee.

It was a moderately successful idea in terms of execution, profit and potential, but it never truly fascinated me. After a semester in NYC, I moved to Richmond, UK to study International Relations at Richmond American University.

During my first semester at Richmond, I made many friends with shared interests from football, business, and politics. It was the perfect place for me to entertain all of my passions. I was soon elected President of the Student Government, I ran the Model UN club, I co-founded the University’s football team, I worked for the University as a Resident Director and I started a brand-new business, The Moderate.

The Moderate was a political news platform that originally focused on the conflict against ISIS in the Middle East, as well as covering US politics. A number of my friends volunteered to be part of the platform and wrote articles on a daily basis. We would join hundreds of political groups on Facebook and incorporate the new trend of click-bait into our articles, which resulted in thousands of visitors on our website - but our profits were less impressive.

But I decided to take a risk. As previously mentioned, I am deeply interested in politics and I was curious to look at the possibilities of producing a short documentary in Iraq at a time were ISIS almost controlled half of the country. I asked a friend if he wanted to come with me to Iraq and he joined me quickly.

Shortly after this, we arrived to Erbil, a Kurdish city just 40 km from the frontlines. I didn’t tell my parents nor any of my friends. I arranged with our ‘fixer’ in Iraq that he would take us on a 7-hour car journey to the frontlines of Sinjar, a city that was controlled by ISIS and where thousands of Yazidis were being massacred.

Without going into too much detail - it was an incredibly emotional experience for me and I felt more inclined to make a documentary in Iraq.

After the brief visit, I decided to go back to Iraq later that year in October 2015 to make a documentary. I brought four friends from University and all of a sudden we were covering the conflict against ISIS, with the great help from the Free Burma Rangers and The Council on Global Security.

We met a number of challenges along the way. One thing I learned from Iraq is that it is impossible to prepare a script or anything that resembles a plan. We constantly found ourselves changing plans and adapting to different situations on a daily basis.

Fortunately, we were lucky to meet some of the most extraordinary people you can imagine and that had incredible stories to tell.

Although I’m not entirely satisfied with the execution of our documentary, it premiered at the Hollywood Raleigh Studios and it won multiple awards at the Los Angeles Independent Film Festival. It was screened all over the world and managed to stir up some debate. Parts of our footage got international attention on news outlets and on YouTube alone it received almost a million views. It was this documentary, this experience, that caught my interest in the film industry.

After the documentary, I decided to launch my own film festival in Copenhagen. I renamed The Moderate to HF Productions and moved the company from London to Copenhagen in 2017.

HF Productions emphasized more on production and film festivals and I got rid of the political news department from The Moderate. I initially worked part-time on the business as I joined the Royal Danish Army but since March 2018 I have been working full-time on HF Productions.

Today we have 7 employees at our main office in Copenhagen, a cooperation with the Producers Guild of America, a network of over 10.000 filmmakers, a collection of film festivals and a solid team working towards improving the quality of festivals and content that we produce.

We are currently coordinating our launch into Asia where we will be opening an office in Jakarta, Indonesia by March 2019. Our aim is to establish a market presence and open up production possibilities in an otherwise untested market. In the festival department, we are developing a collective brand called Close:Up which aims to connect all of our festivals under one umbrella. We aim to launch this brand around the same time our office in Indonesia takes off.

On the user-experience front, we just launched a brand-new website for HF Productions and we are in the early stages of developing an app for audience members to vote for their favorite films at our festivals, and receive special discounts. We have also just recently signed a major distribution deal with an online streaming platform where we will offer award-winning filmmakers from select festivals with paid distribution deals.

One of the biggest challenges we’ve faced this year is the effect of the General Data Protection Regulation (GDPR). This initially resulted in a 15 % drop in our monthly revenue, but now we have implemented new mechanisms and opt-in marketing strategies to recover the effect email campaigns has had on our income. We’re also always working on improving our automated marketing campaigns that bring in additional clients. Within three years, I would like to see HF Productions as the biggest and most influential organization in the short film industry.

In my opinion, films are the best way to tell a story, spread a message and inspire other people. Film festivals provide such a unique avenue where filmmakers can capture an audience and trigger certain emotions by telling their story.

Working in the film industry has also given me the opportunity to work with insanely talented people from all over the world and learn about an entire industry that is still relatively fresh to me. Running a production company is precisely the same as running any other business. It’s about assembling a diverse team that can add value and achieve the goals that are set for each project.

I don’t consider any of my past ventures as failures. They were all fundamental experiences in shaping not only the entrepreneur, but the person that I am today. I am truly excited to see what the future has in hold for HF Productions. 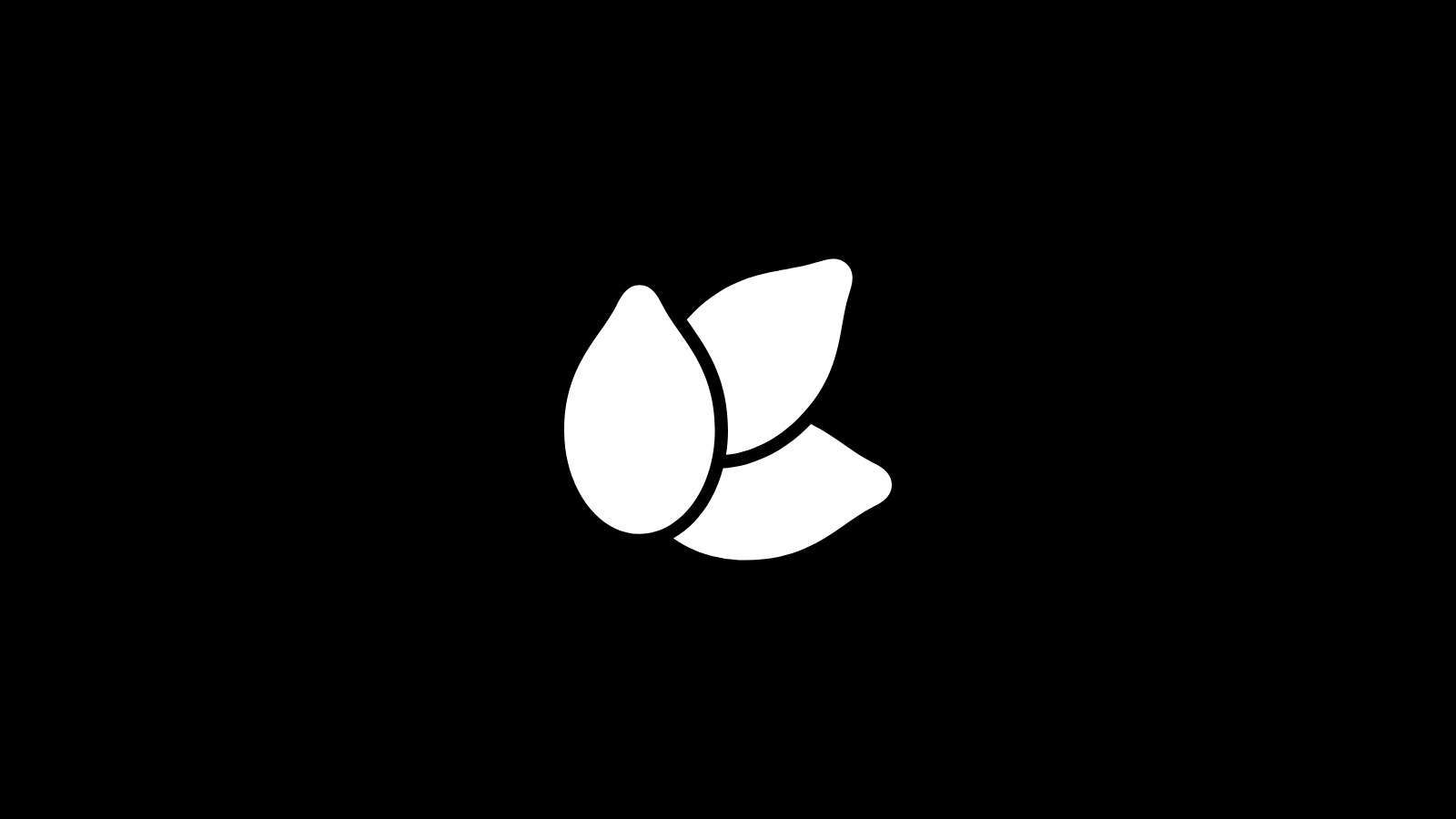 A Guide to Raising Seed Funding in 2022
In this guide, we go over what seed funding is, how much should you raise, how long should it last, how much dilution should you give, and 6 sources to raise it. 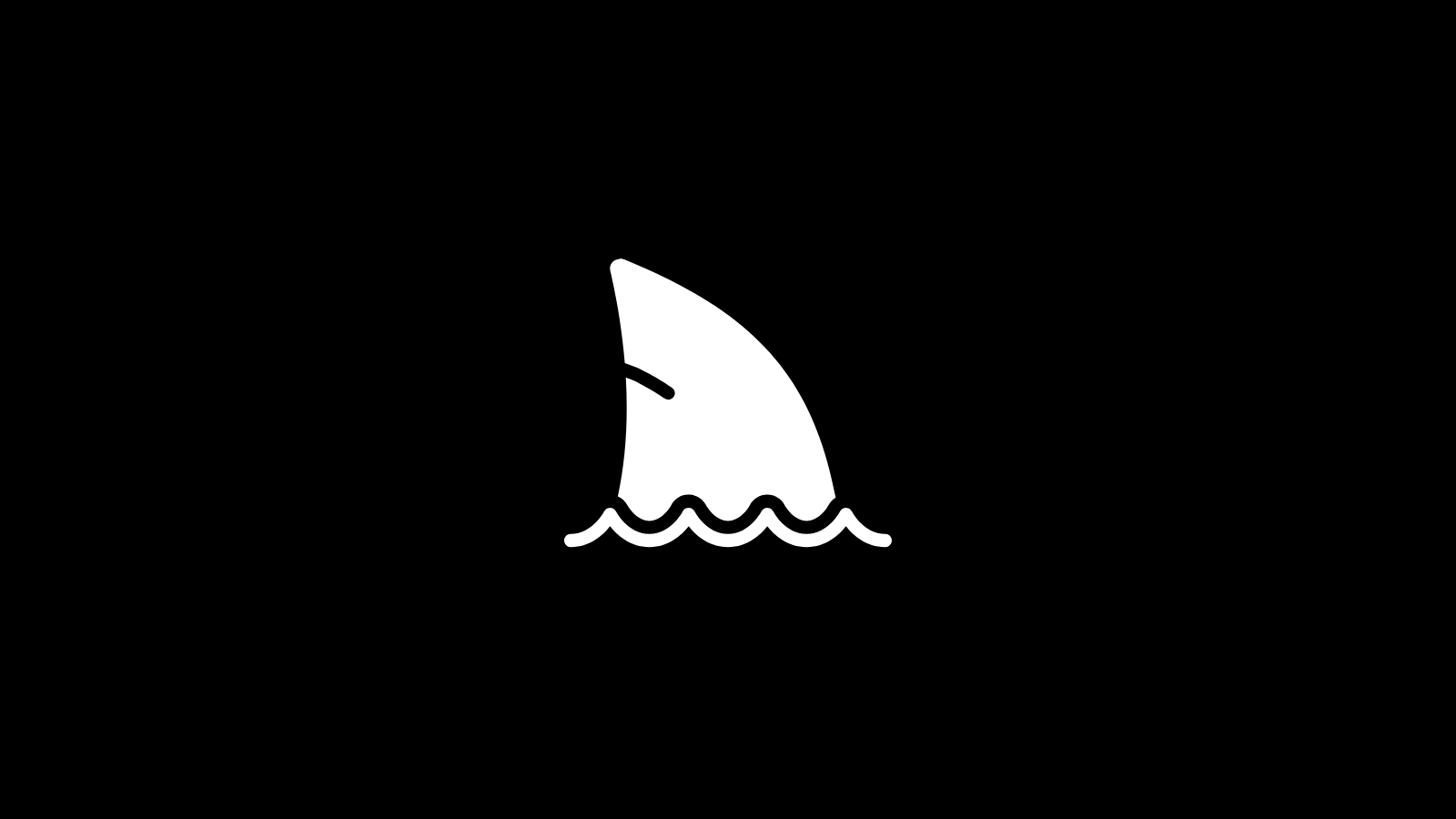 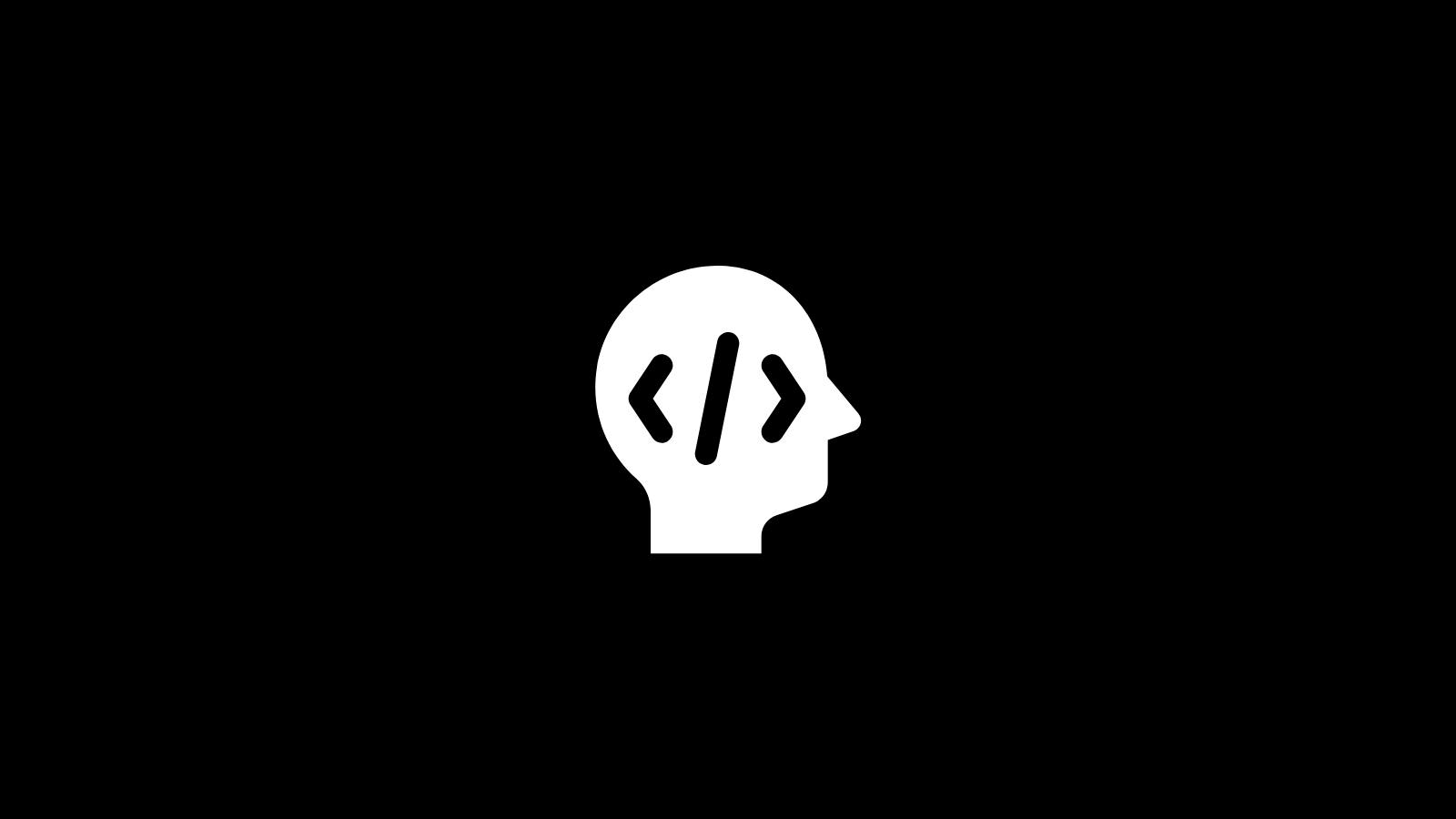 How to Find & Hire Developers For Your Startup in 2022
Here's a detailed guide and infographic on the steps you should take in order to find and hire the best developers and CTOs for your startup. 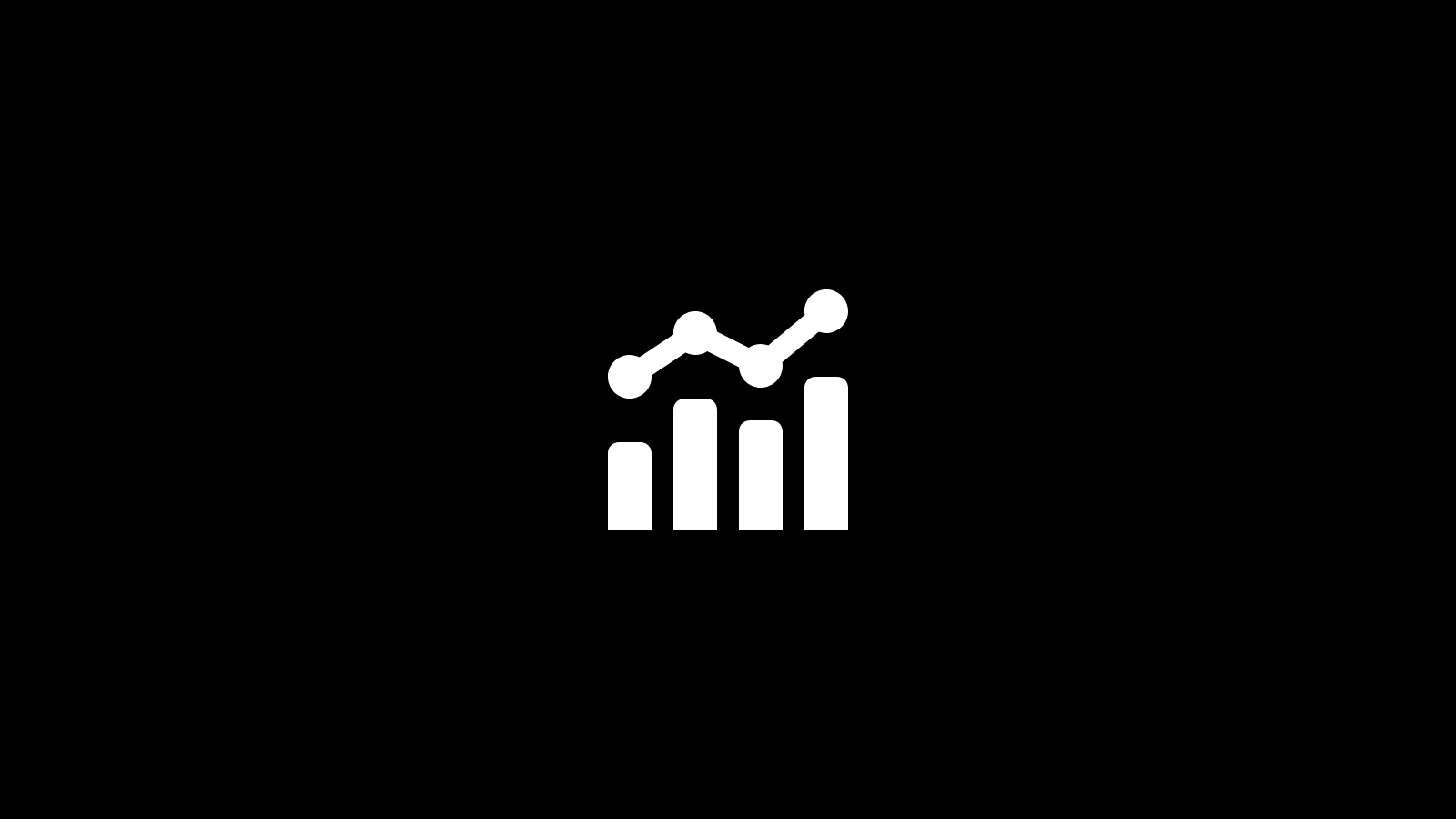 Data-Centric Content: A 5-Step Process and 10+ Examples
In this article, I go over the 5-step process I use to create data-centric content which gets backlinks, social media shares, traffic, and customers.
The All-In-One Newsletter for Startup Founders