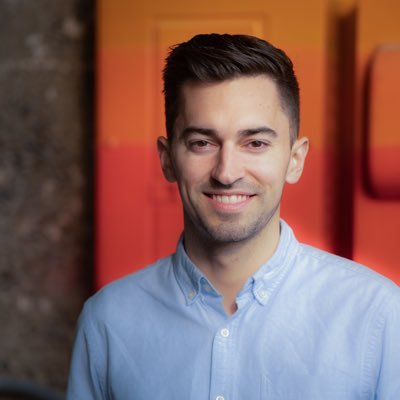 Cody co-founded Bounce, a network of 1000+ store locations for package acceptance and luggage storage. The global pandemic challenged the travel sector, but they emerged from it and are in a growth phase.

Hi Cody! Who are you and what are you currently working on?

I’m the co-founder of Bounce, a network of 1000-plus store locations for luggage storage and package acceptance. We help travelers find places to store their bags and accept packages through the mail in hundreds of cities around the world. By partnering with local businesses such as laundromats, shipping companies, convenience stores, hotels, and other companies, we provide an additional revenue stream for our partners while also giving our customers a useful, in-demand service.

I’ve lived and worked in lots of different places. I’ve lived in over a dozen countries around the world, and all that travel forced me to be something of a minimalist. I used to travel with everything I owned packed into just three suitcases.

All that travel taught me that, far too often, people are planning their days around their things instead of enjoying the experience of traveling to new places. People have to lug heavy bags around with them and sometimes even have to cancel plans because they don’t have a place to store their things. It occurred to me that it would be great to have a central app or website that could help people find luggage storage quickly and conveniently wherever they were. That’s how Bounce started.

The initial idea was to build this network of luggage storage facilities in the densest cities in the world. As the idea grew, I also saw an opportunity for package acceptance and receiving services.

Before creating Bounce, I worked at Intuit where I built software for small businesses, which is similar to what we do at Bounce.

I’ve been an entrepreneur since I was a kid. I was always trying out new ideas and ways to build cool things. Along the way, I’ve had plenty of failures and partial successes that taught me more and more about what it takes to run a business and bring a new idea to the world.

I first conceived of Bounce as an Uber for your things. The idea was that you could drop off your belongings at a local business and have them deliver them to you somewhere more convenient. But an idea is pretty much useless until you get it out in front of customers and see if it’s something they need. So we threw a landing page up just to test the waters and had our first ‘Bounce’ request five minutes later.

In the beginning, my co-founder and I were riding around New York City on bikes to deliver people’s luggage. That was the very first version of Bounce, and we began writing code after that. But keeping up with the growing customer base took up all of our time, and there seemed no way to scale it. It was hard to imagine we could pay someone enough to do what we were doing and deal with the logistics of meeting customers. So we shifted to a model where customers would drop off their things at a Bounce location, and we sent them to another Bounce location. When we implemented that, we found that a lot of people were willing to pick up their bags at the same location they dropped them off at, which made things a lot easier from the logistics side.

We started to gain traction as we picked up more customers and people got used to seeing the name Bounce around the city. We began to get recommendations from people in tourism-facing industries. People would ask a concierge at a hotel or an attendant at a museum where they could store their bags, and they would recommend Bounce. Word-of-mouth was very valuable to us as a new company.

The business is currently doing very well. The global pandemic of 2020 was challenging for the travel sector, but we’ve emerged from it a leaner and stronger company and have been able to pivot toward additional services such as package acceptance. Right now, we are very much in a growth phase and are hiring for several positions. We’re hoping to build a lot more functionalities into Bounce in the future.

Since starting Bounce, what have been your main lessons?

I’ve learned a lot about the importance of distribution and its role in a company’s growth. And although I already knew that the team behind a company is critically important, I’ve learned a lot about how best to build that team. Surround yourself with the right people, who will take an idea and run with it, and you won’t go wrong. You have to make time to build that team of people that you can share your vision with and have them make it real. Do that, and everything else has a way of falling into place.

I love using LinkedIn. I just used it to hire for a role. LinkedIn is an outstanding platform for hiring, connecting with people, and sharing your message. As great as it is for finding new hires, it has uses that go far beyond that. I recommend it to any entrepreneur building a business.