Bootstrapping a Ruby on Rails Educational Platform to $60k MRR 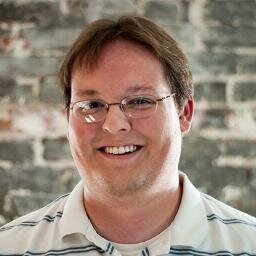 Bootstrapping a Ruby on Rails Educational Platform to $60k MRR

Chris founded GoRails, a Ruby on Rails educational platform 7 years ago. As a single-person business, GoRails is doing $60,000 in MRR. But it has grown to more than what Chris can handle, so he is now focused on building a team of developers and customer support agents.

Hi Chris! Who are you and what are you currently working on?

I’ve been spent the last handful of years building GoRails into an ecosystem of products to support the Ruby on Rails community.

At first, I started with screencasts for Ruby on Rails developers to help teach them how to build web applications. Over time, I added a hosting service for Ruby on Rails apps called Hatchbox.io. My latest project is JumpstartRails.com which is a business template for building SaaS apps quickly in Ruby on Rails.

I do all the marketing, sales, support, and software development across the products. I’m starting to build up a team as it’s grown way past what I can do as a single person anymore.

Before I started GoRails, I was working full-time consulting for startups and other small businesses. It was frustrating doing months of work to see it go to waste over and over again because our clients didn't implement it. I really, really wanted to build something that people used. This pushed me to burn out on consulting badly., so I had to figure out a way to make a successful product that motivated me.

The idea came to me after purchasing GoRails.com to share my notes for Ruby on Rails development publicly. My website started getting a lot of traffic. Since I had traffic already, I figured I’d try to sell something to these visitors.

In the past, I had always tried to build ideas without any way of marketing them. I am a developer, not a marketer, so I had always made products but never got any users. This time was different because I was selling to an audience I already had. Plus, they were people I love to talk with: other developers!

Selling my first product was pretty tough. I had tried for years to build something on nights and weekends. I know my psychology and realized if I were going to make something work, I’d have to force myself to figure it out.

I burned the bridges and quit consulting completely on January 1st, 2014. I had enough runway for about 9 months of building my own thing, and then I’d have to get a job. My burn rate was low, so I figured I had a chance.

I started out building a course to teach people Ruby on Rails. My thought process was that it’s my first product, and I don’t want to commit to anything that I may not want to do forever. By building a course, I wasn’t committing to doing anything long-term, and I could experiment.

I spent those 9 months trying to get comfortable screencasting. It turned into two courses. One was free; one was paid. They were designed around what I was doing, which was consulting. I was taking my experience and trying to productize it, but it didn't work out because nobody knew who I was.

I needed to get my name out, and I could do that by making free videos and sharing them.

I started tu publish every new video for free. If I were publishing lots for free, it would build up trust, and then people would learn from me, and they’d be willing to buy from me. So I started publishing a video every single week.

One day, I was out of money looking for a job and found out someone had submitted GoRails to the top of Hacker News. Y Combinator startups had used Ruby on Rails to build their products. And that was a great place for GoRails to be. That day I got +600 email addresses, and I was able to use the email addresses to send them stuff about what I was doing, new videos, and keep them up to date. The newsletter became a pretty important piece of the business.

GoRails is doing $60,000 in MRR, which is very good as a single-person business. I have more and more ideas every day on things I wish I had the time to build. The business is bigger than I ever imagined. It has grown to more than I can handle as a single person, so I'm trying to grow the company and hire developers or support people.

I've also been doing a lot of open source work lately. It’s a great marketing tactic because people use my JAM, learn about me and then find out that I make videos, and they'll probably check them out. I want to continue investing in the Ruby on Rails community.

Since starting GoRails, what have been your main lessons?

You just have to build stuff and talk to people. You need to find those people to talk to and be sure you want to talk to them. I was selling to developers; these are the people I want to chat with all the time.

Once you've found a group of people, you can continue building products for them. That is something I just didn't grasp very well before I started.

You can look at Quip, for example, which sells toothbrushes on a subscription. They keep adding other products you will eventually need, like toothpaste, shaving cream, and razors, because their subscribers trust them.

I should've done more marketing and hired sooner. Things could have grown faster.

I didn’t pay myself a salary for 2 years. I wouldn't ever want to start a business from scratch like that again. That was super hard. It’s a struggle that most people have when they're on their startup for the first time. You see a few people who build something and make $500,000 in the first year, but chances are they either got lucky or had an existing audience.

I want to build something that's sustainable long-term. I'm not trying to build upon the current hype. Many bootcamps have raised tons of venture capital, and they tried to grow fast, and after a few years, they shut down and have to let go of all their employees.

Everything depends on the product that you build. I built 3 very different products. Right now, I publish a screencast every week on GoRails, which is a time commitment. Then I have the hosting service, Hatchbox, an even bigger time commitment with less ROI than the others. And then the business template, JumpstartRails, which is probably the best ROI for the time that I give it. It's been fascinating to see those, compare them, and figure out where I want to invest my time.

The more your product is critical to the day-to-day operations of someone else's business, the more critical it is that you have perfect response times for support. Other products may grow slower but don't require hardly any support. Totally different businesses or products to run. It's been interesting to find a balance between all three that have different demands.

I used to listen to podcasts more when I was commuting. I listened to Startups For the Rest of Us. I think that the book that influenced me the most was probably Robert Greene's Mastery. Really hit me at a time where I realized what I wanted to do with my life. The book talks about people who become true masters. They find mentors, whether it's in person or through books and writing. You can have a mentor from a podcast host who doesn't know you exist. I realized I should find something to sink my teeth into and become an expert at, and that's was Ruby on Rails.

You can check GoRails, Hatchbox, and JumpstartRails. You can find me on Twitter and my personal blog, which I don’t update much.