Haptly: Failing to Build the Technical Product after 10 Months 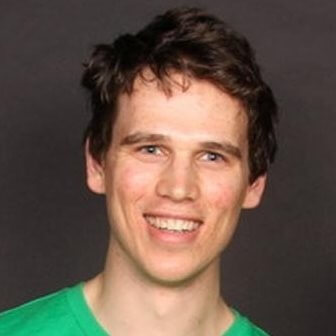 Haptly: Failing to Build the Technical Product after 10 Months

In 2016, Nelson entered the drone business when trying to develop a solution for farmers who aimed to monitor their grass growth. Things were progressing well and they soon applied for a startup accelerator who provided him and his co-founder $20,000. But after working 10 months on the project, they couldn’t find a way to technically build the product and decided to shut down.

Hi Nelson! What's your background, and what are you currently working on?

Hi, I’m Nelson and I’m a 29-year-old programmer based in Auckland, New Zealand. I’m currently freelancing and working on Contento, a website that makes it easy to guest post by connecting brands and publishers together.

Haptly was my startup that ran for a year during 2016. It was a solution for farmers to monitor their grass growth via drone and satellite imagery. I was the co-founder and CTO, in charge of building the software and machine learning algorithms.

What motivated you to start Haptly?

In late 2015 I was freelancing and looking for a startup problem to tackle. Spurred on in part by the hype at the time around drones and their applications, we began searching for use cases. We started by cold calling people asking them about how they used their drones. At one point, we got feedback that vineyard owners and farmers would be worth chatting to, so we started to focus on these niches. It became clear quite quickly that there were a number of areas farmers thought drones could be useful to them:

We discarded rounding up stock and surveying land, as they were already being worked on if not already available. From what we could tell, no one had found an accurate way of measuring dry matter from a drone camera. For context - dairy farmers in New Zealand (and other countries) grow grass for the cows to eat. They have a number of paddocks they rotate the stock through. It’s important to know the dry matter available on each paddock so they can budget the amount of feed available for their stock. E.g. if they predict a deficit in their feed budget, they can order supplementary feed ahead of time or apply extra fertilizer to the lagging paddocks.

My background is in primarily in software and mathematics. Although I hadn’t done any machine learning since university 6 years earlier, after speaking with some local experts in the field they suggested this was a problem well within the possibility of solving.

We figured the next steps would be to do some more validation with farmers about what an actual product would look like. We drove out to farms to get an idea about how their current dry matter estimation process looked like and asked a bunch of questions to help design the first prototype UI.

Our first demo product was something whipped up in React + Material UI framework. It took about a month as I was the only developer and also had to learn React as I went! The demo contained a basic layout of paddocks with dry matter totals and a few charts including a feed wedge. We presented this at a local farming trade show to get a further feel for demand and also some feedback on the UI. This was good validation as again we had a whole lot of farmers turn up wanting to speak to us about when our product would be ready.

Looking back, in this period we probably spent too much time on validation from farmers. If we had more domain experience, it would have been obvious that they have been looking for a better solution than ‘eye-balling’ the grass levels for years. There have been various different attempts, but no one has succeeded in making something both sufficiently better and easy to use. Most alternatives involve towing or moving a device around manually, which would take hours on an average size farm.

At this point, we started to collect as much data as possible from farmers on their grass levels, including a lot of historical data. I started to explore the use of satellite imagery instead of camera data from drones as it was clear if they could achieve the same outcome, it would have some pretty significant advantages. It would make the product a simple app for a farmer, instead of app + drone they would have configured and fly. This would minimize the work required on their behalf and would also allow an easier expansion into countries with pastoral farming that have more stringent drone regulations than NZ.

We were lucky enough to get accepted into the NZ Vodafone Xone accelerator. As part of this, we received some pretty good press coverage, resulting in a constant stream of inquiries through our landing page. We also posted in a bunch of farming groups on Facebook.

The inquiries we received gave us a strong indication that this was something farmers wanted. Some of these became early test cases and would send us data to help train our model.

Which were the causes of Haptly failure?

After we were accepted into the Vodafone accelerator in early 2016, we spent most of the time getting stuck into the technical development of the product. Although the problem seemed relatively straightforward at first, the deeper I dug the more difficult it ended up being.

There are some classical models for predicting grass growth that works well in New Zealand conditions. However, these rely on more input data than NDVI alone. They rely on soil moisture, localized weather conditions and soil type. There are also different types of grasses used in different farms, each of which have slightly different dry matter properties. At the time of working on it, only a handful of farms currently had all the local sensors installed on their farm.

After 6 months of working on it, day in, day out, motivation began to give way and I couldn’t see a technical way in which we could achieve the accuracy needed - being significantly better than ‘eyeballing’ that farmers currently do.

Other factors that played into our decision to close down were:

Towards the end of Haptly, we began working on another idea, which started to gain traction. It was an idea that we were both more passionate about as we had personal experience with the problem we were solving. We decided to shift our focus to the new business and this, along with the difficulties described above, drove the decision to shut down Haptly.  Because we hadn’t actually taken any investment with Haptly and it was still split 50/50, we actually kept that company as the formation for the new venture.

I’m sure that the farmers who signed up were a bit disillusioned, but in saying that, I’m not sure their expectations were too high as others had attempted it in the past with no success either.

The biggest mistake was spending too much time on the early phases of the startup and not enough on determining the feasibility of the product.

The biggest challenge was determining whether or not the product was technically possible given the constraints we had.

If we had spent more time working on the feasibility of the idea earlier on, we would have had a better understanding of the R&D requirements around this problem. If we were deeply passionate about solving this problem, it might have been a different story, but as I mentioned, neither of us were farmers and it wasn’t an industry were particularly driven to build a business in.

We received a small amount of money ($20k) as part of going through the accelerator programme which we used mainly on the business. We used savings and a small amount of side income to live whilst working on this full time. We worked on it from January to October 2016, before moving on to a different idea. The company didn’t get to the stage of making revenue.

I enjoy the bootstrapping ‘ship it’ approach of Pieter Levels, but also draw inspiration from the other Peter - Peter Thiel. Apart from that, I think there are interesting philosophies in books from Ray Dalio & Warren Buffet.

You can learn more on my Twitter and checking out my current startup.