A Juicy $3,000 Mistake: Starting with a Product before Market Validation 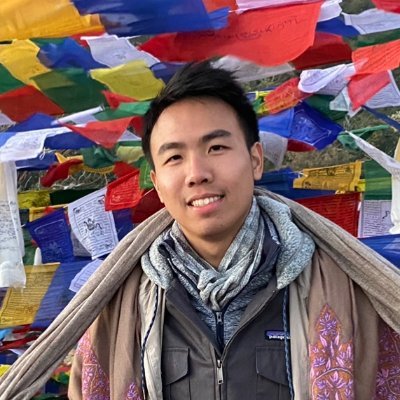 A Juicy $3,000 Mistake: Starting with a Product before Market Validation

Wit Sumathavanit has recently started to pivot from offline to online entrepreneurship. But before that, he tried to build a juice business in Bangkok. He lost around $3,000 but those learnings impacted his process to validate new ideas.

Hi Wit! Can you tell us a bit about your background and what are you currently working on?

I’m Wit and I’m based in Bangkok. I have a family business in the hospitality and travel industry. I'm on the corporate B2B side, which hasn't been doing much since the pandemic started. I turned myself into the digital business world, where I’m learning to get started with projects and see what happens.

My first idea was to have a digital marketing service for products, course creators, or any other companies that wanted to advertise. I connected them with newsletters because I believe that newsletters are under-monetized. There are many good newsletter creators out there who are working hard to build an audience, but they don't have a good monetization strategy. The great thing about newsletters is that they are very targeted. It's very powerful because is highly targeted compared to online ads on Facebook or Google. It's a win-win for advertisers to connect with audiences that are relevant to them.

How did you come up with the idea to build your juice startup? What was the motivation behind it?

After a long day of trying to get a ghost restaurant off the ground, my brain made the connection to something that might have untapped market potentials: Asian bitter melons. I tried a plain bitter melon drink and choked. It’s named “bitter melons” because they’re so darn bitter. It’s one of those foods that scientifically proven to lower blood sugar and a host of other health benefits.

A quick maths in my head revealed that tens of thousands of diabetics and those at-risk would need daily doses of magic lower blood sugar juice. If only someone would be able to make a bitter melon juice that went from choke to death to barely drinkable, it will sell like crazy. I went all-in without validating the idea.

It was almost all on the supply side. Thanks to the magic of e-commerce, I could do next-day home delivery of a commercial-grade vertical cold press juicer and an excellent horizontal cold press juicer. I spent $2000 on shiny machines to extract natural goodness.

I spent the next 3 weeks googling juice combinations and recipes. Navigating the messy and inconvenient organic produce ecosystem of Bangkok. Most merchants of “organic produce” don’t know where their stuff comes from. I had sampled liters of fresh juice, which produced great results for my body. It was done. I came up with the secret commercial recipe that made bitter melon juice barely drinkable. That wasn’t enough, I came up with more recipes of health-boosting cold press juice. Ginger, turmeric, garlic, and white mugwort to name a few. Turns out those are also not needed because the market is not that big.

The only way to get my juice to people was to use a delivery app. It turns out the cost of delivering juice is the same as the cost of the juice. I tried to package them like a shot. They're very small because they're strong. The pricing doesn't work out because I cannot charge for them as a premium beverage. It's a physical business, and the profit margin is not very high because you need a workforce and you need to work with fresh ingredients.

What were your key levers to start growing it?

I sent samples to selected healthy juice enthusiasts, diabetic-risk people, health-conscious people. The results ranged from “This is OK” to “I’d rather not touch it ever again even for free”.

To break-even, I needed to sell more than 500 bottles priced at Starbucks espresso. One person can only drink one 80 ml bottle per day. So, I needed to sell to 50 highly committed customers just to not make a loss.

Once I got to the point of calculating how many bottles I had to sell until this became a profitable project. That’s when I decided to pull the plug on the experiment before it got more carried away.

Watching interviews of long-standing juice businesses in the space revealed that people with $50,000+ worth of juice machines serving several hundreds of bottles daily are very passionate about juice. They began with sizeable volume from day 1 because they have been hobbyist juicers who have been documenting their juicing for years before doing it commercially. The juice community sees them as influencers. They had relationships with customers from day 0.

“If I pursue it further I would have a new hobby, but I don't see it as a business.”

I made $300 and the cost of the equipment was around $3,000. If I went forward, labor and shipping would probably have been a lot worse than that. After all, I lost at least $3,000 for the project.

I would try to make an MVP first. Set up a Facebook or Instagram page and see if they're interested in healthy juices with a strong taste. Reach out to diabetic communities to see if they have an interest in juices like the one I made. I would have known people would prefer taking their current medication rather than a juice too difficult to drink.

Instead of 3 weeks of mixing juice, I should have spent 3 weeks of market research on juice enthusiasts in Bangkok and validating my assumptions directly with diabetic potential customers.

My main takeaway is to have customers from day 0. Call it pre-launch audience building, content marketing, whatever. It’s about having relationships as early as possible and nurture them.

“Solutions do not equal demand. Just because a healthy option is available doesn’t mean that people will choose it.”

Make a landing page and see if there's a problem that I'm looking to solve. Many of my ideas will not make any revenue but my cost of starting is zero. I can try out ideas fast. If my ideas fail, it’s fine because I’m not attached to them. We're not the ones to decide if ideas are good or not, it’s the market.

Validate your idea. Put it out there and see what happens. If it doesn't work out is fine too, because a lot of successful people failed the first time.

NoCodeMVP made by Bram Kanstein. It's 70% MVP and 30% no-code. I learned how to validate ideas from it.