LiveAgent: Making +$250K in MRR with a Spin-Off Project 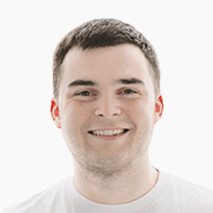 LiveAgent: Making +$250K in MRR with a Spin-Off Project

LiveAgent is a SaaS that improves interactions between customers and companies. It started as a spin-off project, but now makes up 75% of the company’s MRR. PPCs, content marketing, and SEO were some of the strategies that grew the business into revenue of +$250,000 per month.

Hi David! What's your background, and what are you currently working on?

Ahoy! I'm David Cacik and I'm the Head of Growth at LiveAgent. I started my first company in high school and then another one in college. I failed the first one and sold the second one and later took an exciting role at LiveAgent. I was the first growth guru to join the company, and helped it grow from $20k to $250k MRR.

LiveAgent helps improve interactions between customers and companies. We are a bootstrapped SaaS, based out of Bratislava, Slovakia (Central Europe). Our competitors are venture funded companies like Zendesk and Freshdesk which makes my job super challenging and attractive.

When I was 15, me and 2 of my high school buddies started a game hosting company. We were kids and we were selling virtual server space for games like Counter Strike or World of Warcraft to other kids. We failed and discontinued the project when we all went our separate ways to different universities.

During my studies, I started a new eCommerce project, an online pharmacy with automated delivery of commonly used products like toothbrush, razors, toilet paper etc. Even though I made it to the final of the Student Entrepreneur Awards, I decided to sell the project and move on.

I joined LiveAgent in 2013, and I was employee #10, the 1st and only marketing guy. I was 21 years old, not knowing what I was getting into but I experimented a lot and over the course of 4 years, I’ve helped the company grow from $20k to $250k in Monthly Recurring Revenue.

How did you build LiveAgent?

LiveAgent was built as a spin-off project. Our first product was Post Affiliate Pro, an affiliate management platform, which popularity was growing rapidly. We were in the market for a new customer service solution when we realized none of the tools were sufficient. That’s when we started to build LiveAgent. It took 3 years for it to become a multichannel help desk software, like it is today but is still improved daily by new updates pushed by our devs.

We didn’t plan on selling LiveAgent in the early days, we only wanted to use it internally. Some of our customers, mainly B2Bs, were asking us about the support tool we used. That’s how we sold the first license.

Today, LiveAgent makes up 75% of the company’s MRR, overcoming Post Affiliate Pro in both revenue and number of customers.

Both PAP and LiveAgent are built with similar technologies, utilizing PHP & Java as the main programming languages and using MySQL, Kibana, Elastic and also Grafana for performance monitoring.

Our servers run in multiple locations (EU, US, Asia) with multiple providers starting with Linode where most of our accounts run on the fast SSD nodes, AWS where the bigger files are stored. Recently, we started building our own “in-house” server farm in EU to ensure the highest performance possible and increase uptime. We will be migrating our EU customers there soon.

The initial traction was achieved by upselling former customers. It wasn’t sufficient enough though. In order to be ROI positive, we needed more customers and better growth.

We started experimenting with PPC, content marketing, improving onboarding experience, SEO outbound sales and many more. At first, we didn’t have much success but we were still growing continuously.

We’ve tried Google AdWords, Bing Ads, Facebook, Twitter and all kinds of other minor PPC networks. The fact that the average customer value was lower than most of our competitors’ and also that they were literally burning investors’ money with PPCs made it especially hard to compete in the Pay Per Click space. We had to find long tail keywords, and competitor keywords which worked out pretty well (be careful to obey Google’s rules). Generic terms like “customer service software” were super expensive and we’ve burned a lot of cash trying to compete the big players. I would not recommend going down this way for other startups. Eventually, we figured out the keywords that were performing well and we’ve been bidding on them until today.

Do content, they said. So we did - we pushed out valuable, fact-based, well-formatted blog posts supported by infographics and images. 99% of the blog posts didn’t get much traction. In fact, there are only 2-3 articles that rank well on relevant keywords. Doing content right is hard and we have yet to figure it out.

On the other hand, one of the growth strategies, that helped boost growth particularly well, was including LiveAgent in software directories and boosting our presence there. Ever since the beginning, we’ve been a customer-centric company so we had a pretty solid base of satisfied customers. After listing LiveAgent on websites like G2Crowd, Capterra, GetApp or FinancesOnline, we’ve reached out to our audience and invited them to leave a review, good or bad, on one of these websites. We even incentivized their efforts by providing $20 Amazon coupons to everyone who shares their experience. We received hundreds of positive reviews which helped us rank high in comparisons and gained a lot of traffic.

When we started actively promoting LiveAgent, we quickly realized the big players like Zendesk and Freshdesk dominated the market. We were struggling with positioning ourselves and setting the right USP to stand out. Also, we are a bootstrapped company and we had to compete with companies with more than 300M+ in funding, which didn’t make acquiring customer easy.

Another struggle was finding the right talent. We’ve always had a hard time to find good sales reps and developers.

Recently, we also encountered quite a few problems with our datacenter provider which caused downtimes and we had to restructure our infrastructure completely. Thousands of companies rely on LiveAgent when supporting their end users, including fintech and telco companies, where even seconds matter. We had to invest a lot and act quickly because the consequences could have been fatal.

Last but not least, new competitors are popping up like a mushroom, offering free plans with no viable business model. With that comes a higher demand for better functionality, improved UI and customer experience.

It’s a constant game which is changing and maybe that’s what intrigues me about my work the most, it wouldn’t be so much fun it was that easy, right?

I think that my biggest disadvantage is that I want to know about everything that’s happening, what our customers are saying, what’s the quality of their interaction with our team, how is our marketing performing on a daily basis and sometimes I get lost in all the information and lack the general image.

At LiveAgent, we try to be disruptive and push out new features very often which sometimes brings complications like bugs or functionality not working 100%. On the other hand, no software is perfect and if somebody says, their software is bug-free, they are lying. Recently, we hired a new software tester so I’m confident this move will help us to deliver more stable releases.

During the process of building & growing LiveAgent, which were the worst mistakes you committed?

We should’ve optimized our onboarding process earlier, instead, we focused on adding more features. When we introduced a new getting started guide (which didn’t take much time to implement), we immediately saw a spike in conversions. We definitely should’ve done this earlier.

We hired an agency to help us with our marketing initiatives and failed. They didn’t know the product well enough, they’ve focused on redesigning our pricing plans and website instead of finding new leads which cost us money and work time of our internal team.

We also hired an external team which didn’t work out as well. They knew even less about the product and did not close a single deal. From that moment, we decided to minimize our outsourcing efforts and focused on hiring internally instead.

I recently stumbled upon a group on Facebook called Saas Growth Hacks. It’s a free to join community of entrepreneurs and growth hackers so make sure to check it out. Also, there’s a similar community on Slack, which is paid and called The 10xFactory.

As any other growth hacker, I regularly check GrowthHackers. IndieHackers posts a lot of interesting interviews with startup founders which is a great resource.

If you are a bootstrapped company, I also recommend Bootsrapped.fm. You can discuss your ideas and questions on their forum, for free.

Quora offers a ton of valuable content, just search tags like SaaS, eCommerce and you will find a plenty of relevant questions answered by experienced professionals.

On LiveAgent’s blog, we post lessons on growth, marketing and customer service in B2B so make sure to check it out.

Recently, I started blogging about SaaS Growth Hacking on my personal blog. In my latest post, I wrote about how boosting our presence on software directories brought a 300% spike in MRR.