MotoBox: The Story of 2 Technical Co-Founders 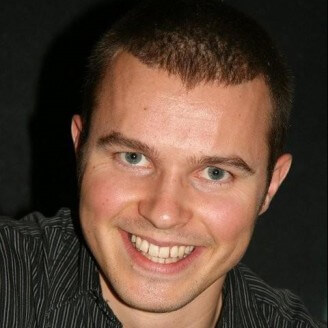 MotoBox: The Story of 2 Technical Co-Founders

Hello Joe! What's your background, and what are you currently working on?

Hi! I have a fairly eclectic background – I started out in physics,  eventually getting a degree in biochemistry. While working in the lab I started creating data analysis programs for other researchers and got hooked on programming. I ended up becoming a firmware engineer and getting a graduate certificate in software engineering while working. After five years of that, I transitioned to professional data science, which is my current day job.

My current side project is Compelling Science Fiction, a digital science fiction magazine. I work with several volunteer editors and advisers to print high-quality science fiction stories and pay authors professional rates. The magazine is now considered a SFWA qualifying market (one of only 36 worldwide). The project is quite a bit different from my last startup, which was focused on automotive telematics.

My friend and I created MotoBox because we wanted to help developers create an ecosystem of applications built on vehicle data. The best description of the project can be found on our old Kickstarter project page.

The idea was that we'd allow developers to build applications that use vehicle data (things like speed, fuel use, RPM, sensor data, braking data, etc.) and also allows consumers to view their driving data through the app. At the time (2013) the idea seemed novel, but over the next few years, several other similar products were released.

Our Kickstarter ended up failing, but we made some interesting connections. There was a guy in Denmark who really wanted our product to put in his fleet of rental cars. Unfortunately, since we didn't get the funding we needed, we scrapped the project, and it wasn't until years later that I really internalized how bad I was at finding initial customers.

How did you grow MotoBox?

This is the part we were really terrible at, and I learned the most from. Our entire strategy revolved around posting to automotive forums and trying to get articles written about the product, which didn't really work out.

Which was the problem with MotoBox? How did you realize?

The problem was reaching customers. When we didn't reach our Kickstarter goal, but all the backers that had heard of us were super excited, we realized that we hadn't done enough outreach.

We really needed to refine our message and get better at succinctly communicating. The project was a fairly complicated one, and it was easy to lose people when describing it.

More than anything else, though, we should have consulted with a marketing pro to get the word out better.

I and my co-founder were both highly technical (he was a firmware/hardware engineer and I was more focused on software), so we didn't have the business side covered as well as we should have. It was also our first real foray into startups, so we were a little trepidacious. If we had been a little more willing to jump in all the way, and if we were better at outreach, we would have done a lot better. We had a lot going on, and weren't willing to fully commit without funding.

I would have spent way more time validating the market and gathering a potential customer base. To this day I don't know how big the market was for our product (although based on the success of other similar startups, it looks like it would have worked out). This was a huge learning experience for me – you hear a lot about finding product/market fit and doing validation before starting, but this project really helped me internalize that concept.

Validate your idea first, and if you're not taking funding, make sure you have large margins. I cannot emphasize this enough. If your margins are too small you'll never be able to bootstrap. Specifically, your cost of customer acquisition has to be smaller than your expected lifetime customer value. This is simple stuff, but you really have to always keep it in mind.

You can check out Compelling Science Fiction, and I occasionally post to Twitter as @joe_stech. If you're interested in embedded systems development you should really check out my MotoBox co-founder's blog at Electron Vector.