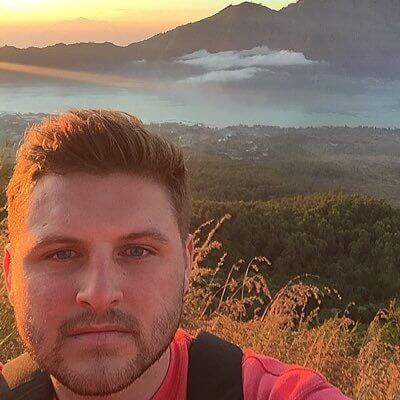 If you are interested in the no-code movement, you’ve probably heard Ben Tossell’s name. But today we’re not here to talk about Makerpad, one of the leading communities for no-coders, but about Ben’s previous project: NewCo. We want to know what went wrong, what were the lessons learned, and how it led to his success afterward.

Can you tell us a bit about your background and what are you currently working on?

I used to lead the community on Product Hunt a few years ago and wanted to build my own projects. I sort of fell down into the no-code tools and found out that I could build stuff using them and putting them together so they'll feel, look, and work like real software. From there, I basically created a few projects in a year to test things on my own. Fast forward through those I came to found Makerpad, which is what I'm currently working on. We started in January 2019. It's a learning community, where we teach people how to build software products without needing to code.

How did you come up with the idea of building newCo? What was the motivation behind it?

I was trying to launch projects on Product Hunt, so when I left I had a project to work on. I tried many ideas and people seemed to be interested but no one actually paid for anything, no one ever bought anything. I found out the interest came with how I was putting these projects together with Typeform, Carrd, and Zapier to make it feel like it was a real service, a real product.

I had like 1500-2000 people on the email list, but no one paid for any of my projects. I went back to the drawing board. I saw some screencasting companies on Indie Hackers like GoRails. They were making $15,000/month. So, why don't I film myself creating stuff, and then people can pay and get access to that? I messaged my email subscribers telling them I was going to do some video tutorials. 15 people paid. I needed to set up a company and I called it newCo because I couldn't think of a name. It was basically a Webflow site with a link to a payment page, which was another Carrd site. When people paid, I emailed them a password which was called "positivebananas". You use that to get to the protected page on Webflow and then you get access to the tutorials.

What were your key levers to start growing newCo?

I didn't really know what I was doing. I was just tweeting stuff saying this is a cool thing I built. That was all of it.

I can't even remember if there was a community. There probably was a Slack community because most makers had one. I tried posting stuff on Hacker News, which never went anywhere, and stuff on Reddit, where people just shouted at me. But for me, Twitter always seems to be more well-accepted than other platforms.

What were the biggest challenges you had to overcome during your time on newCo?

When I launched on Product Hunt, one of the reviews pointed out that this idea is really cool, but the guy is dreadfully dull. During that time I was doing video tutorials. I didn't know what I was doing. I was just recording and trying to follow a script. It's a lot more difficult than people think, a lot more goes into it. I probably wasn't doing enough to make a really good production, but I was seeing where it was going.

At that time, I was still in the mindset of every startup has to grow 10% every week and then you go to Y Combinator. Then you get funded by VCs and it's got to become a huge thing. I saw other startups through Indie Hackers that were doing well by themselves growing at a slower pace and I wanted to do it that way. To build the platform, I got a friend of mine, Mubashar Iqbal, who builds tons of things. He's a technical guy and a prolific maker. I wanted to build it in a way that could scale, which was far too early. There was no need to be doing that.

“I was chasing what I thought was the right thing rather than listening to what people enjoyed.”

Soon enough, I didn't recognize our product as what we were trying to do. I was not really sure what I was selling, how I was selling it, or who I was selling it to. There were some videos, but actually, we got another feature that we were trying companies to sign up for. We were doing too many things at the same time and it became a bit of a mess. After a few months, I felt that I needed to shut it down, as I didn't know what the platform was becoming.

“Promising weekly screencasts is a big thing to do and when motivation is down from the slow growth, it can be an even tougher ask!”

Did you achieve any revenue?

We had 90 paying customers by the end of June 2018. At the time, it was cool and I thought I'll just live off that. But I will also do some consulting here and there. Unfortunately, $8k in total sales only equated to ~$700 MRR because of lifetime payments. I was using Typeform with Stripe integrated for the payments, so it wasn’t actually a recurring membership fee.

How much money did you end up losing with newCo?

None, because we made some money from it. Actually, I didn't pay Mubashar as he is my friend. He did it all for free and he always does project stuff with people. I was very lucky that was the case. Otherwise, all of that money would have gone to a developer to build it. But I didn't lose anything because it was literally just me sitting there creating.

If you had the chance to start over, what would you do in a different way?

I did have the chance to start it over with Makerpad. After shutting down newCo, I went away for three months, traveling with my girlfriend to figure out what we were going to do. While traveling, I read the book "Company of One" by Paul Jarvis. I learned that there were other people building startups by themselves and had a great living from it.

There was something working with newCo. People really liked learning about doing no-code stuff. Assuming that, I kept going with a no-code education service. I launched Makerpad with the same videos I had at newCo. People had to pay for accessing the videos.

After looking at what happened with newCo, I learned that you should forget all the platform stuff. I built it myself and that was the easier way for me to service it.

What advice would you give other entrepreneurs?

People think a lot about the end goal of what kind of business and don't seem to be realistic about what they're trying to build. Is it a $20,000/month revenue for you and you don't have to manage any employees? That's a great situation to be in. What I thought was if I have 1,000 customers, customer support will be 1,000 times worse than having one customer. And the way I've done things for my customers was to just make sure that it was a fun thing. I got to build new products every day. Some people think that you have to launch something that is really big. That you need to do all these things that don't scale. That you have to talk to people even if you don't like it.

“Figure out something that you'd like to do. Keep focusing on that.”

Here’s a post where I wrote about the story.