OneUp: How to bootstrap and be profitable in a VC-funded market 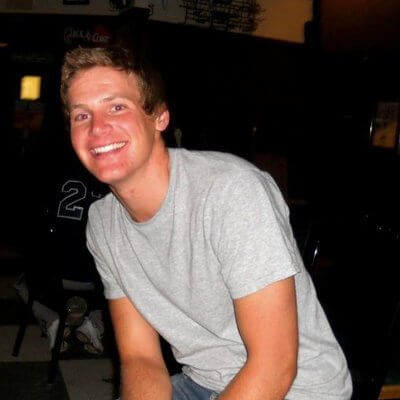 OneUp: How to bootstrap and be profitable in a VC-funded market

Davis is the co-founder of OneUp, a social media recycling & scheduling tool. They launched in January 2017 in a market that’s full of VC-funded companies, such as Buffer and Hootsuite. However, through content and word of mouth, OneUp is now a profitable startup generating thousands of dollars.

Hi Davis! What's your background, and what are you currently working on?

OneUp differs from tools like Buffer and Hootsuite because we allow for a post to be set to automatically repeat at set intervals, such as daily, weekly, monthly, every 3 months, 6 months, or annually.

Our customers consist of startup founders, small business owners, bloggers, podcasters, YouTubers, and social media managers - basically any kind of business, or even people who are just building their personal brand.

Here are a few examples of how some of our customers use OneUp:

In 2012, I graduated from a small school in Pennsylvania called Grove City College, where I got my degree in finance. After graduating, I worked a few jobs in corporate finance and absolutely hated it. The sad part was that almost everyone I worked with also hated their jobs, and would trudge through their misery week after week, motivated only by the promise of a weekend off, or those glorious 2–3 weeks of vacation each year. The golden handcuffs are a very real thing.

A few years ago, I had the opportunity to leave the corporate finance world and join a startup that a former classmate from college was starting. I came on board to help with marketing, but took a pretty substantial pay cut from what I was making before, as the founder of that company had only raised a small friends-and-family seed round to get things up and running.

That ultimately didn’t end up working out, as we ran through the money faster than projected — the development of the site and mobile app was being outsourced to freelancers, and, fun fact, those development costs never really end. However, that role gave me great experience, and made me realize that it’s possible to actually enjoy work. Prior to that, I had never felt that my contributions actually made a difference in the large organizations I was working for.

After spending a little time doing some freelance marketing and working on a few no-code side projects, I joined my co-founder Vishal Kumar at OneUp. We created OneUp to help increase the visibility of content on social media.

Whenever you share something on social media, it is typically only seen by roughly 5% of your followers. Despite this, most people put crazy amounts of time and effort into creating social media posts and share it just once across their social media channels, guaranteeing that most of their followers will never see that post.

OneUp helps these people by automatically driving traffic and engagement to the content that they have worked so hard on producing.

How did you build OneUp?

OneUp started in 2017 as a side-project for Vishal, which he worked on overnights and weekends while working at his day job.

He is the technical co-founder, and has built everything himself using the domain expertise he picked up during an internship at a social media management company a few years ago.

The original product started as a very minimal MVP, and went through many different iterations in terms of landing page copy, UI, onboarding process, flow, and functionality, all in search of product-market fit.

The product was ultimately too complicated and confusing, so we decided to strip it down and aim for an extremely easy and intuitive experience so that first-time users can jump in and immediately understand how to use OneUp

Vishal originally launched OneUp on Product Hunt, where it did pretty well and attracted some of the first paying customers. This was a major form of validation because you never really know if you have a good product unless someone is willing to pay you for it. We did, however, have some validation going in from some of our competitors, like Hootsuite and Buffer, who do millions of dollars in annual recurring revenue.

The initial launch provided the opportunity to talk to customers, work out the bugs, make improvements, and see what kind of features users are looking for.

Virtually everything we build is the direct result of customer feedback. For example, Hacker Noon, one of the largest tech publications in the world, was looking for a way to automatically post to their social media page every time they published a new blog post – and also have each post repeat again once a month for the next 3 months on social media.

We could definitely build this, but we wanted to be sure that we were building something that customers actually value enough that they are willing to pay for it. So we worked out a custom pricing agreement and secured payment before ever working on this feature.

A week later, OneUp made it easy to import any blog, podcast, or YouTube RSS feed, and have posts from those feeds automatically shared at your preferred intervals across your social media accounts.

Most recently, we launched OneUp 2.0 on Product Hunt in September of 2018, and finished fourth for the day with over 550 upvotes. This led to over 1400 visitors on launch day and the following couple days.

While the Product Hunt performance provides great social proof and will probably serve as a small source of traffic moving forward, it is not a long term plan for success as many people on Product Hunt aren’t in our target market.

Since launch, what has worked to attract and retain customers?

I was listening to Brian Dean, the founder of Backlinko, on a podcast recently and he talked about how he consistently gets his content to rank near the top of Google for his target keywords.

The answer: Create something 10x better than what currently exists.

I decided to take this approach for OneUp.

When you Google "social media scheduling tools", you find lists of the "Top 10 Social Media Management Tools". How could I make something 10x better?

Create a spreadsheet of EVERY single social media scheduling tool.

So I took the time to compare the free plan (if any), starting price, and social networks of 90 different scheduling tools and put them in a Google Sheet.

I shared this spreadsheet to a few Facebook Groups and subreddits centered around social media marketing, and these are the types of comments I would get:

It has kind of caught fire and has received consistent traffic.

Because OneUp is frozen to the top row of the sheet, it has brought in a respectable amount of quality traffic and signups in the first couple weeks of its existence:

...and also led to many visits on the blog post version of this list that I created and linked at the top of the Google Sheet.

We have also found that Quora has been a great source of quality traffic.

There are tons of questions with people asking for recommendations on different types of social media tools, so we are working hard to get OneUp near the top of the answers. Almost everyone coming from Quora represents a high-quality potential user, because they are actively seeking out a solution to their problem.

Other more manual efforts have led to paying customers as well, such as actively monitoring relevant Facebook Groups and subreddits for people asking for solutions to their problems:

It turns out our image scheduling Chrome extension was the perfect fit for what this redditor was looking for, and has since become a paying customer.

Through starting the business, have you learned anything particularly helpful or advantageous?

Yes! I wanted to take advantage of being small and, as Paul Graham has famously said, “do things that don’t scale” by really wow-ing the users during the onboarding experience.

First, I tried sending a personal email to each person after they signed up. That failed miserably. Maybe it was the copy I used, or maybe I didn’t personalize it enough, but I got virtually zero responses from it. I believe most people thought it was just another automated email.

So I started thinking about different ways I could make it 100% clear that this a personalized message from the co-founder. My idea: I would record a short personal video using Loom, introducing myself and thanking them by name for signing up.

This made a huge difference! You can’t really fake or automate this, which has led to over a 50% response rate to these welcome videos. People are normally taken aback by the fact that someone took the time to record a personal video message for them.

There are 3 great things about this:

Here are some of the responses I have received:

Recording each video only takes about 15 seconds, so while it may not scale forever, there is no reason why we can’t continue it into at least the near future.

This personalization helped us land Nir Eyal as a paying customer. For those that are unfamiliar, Nir is the author of Hooked: How to Build Habit-Forming Products, which is co-written by Product Hunt founder Ryan Hoover.

It helped that I already owned his book and was holding it in the personal video I sent him. He was really blown away by the personal touch, and agreed to give a testimonial that we added to our landing page:

We now have hundreds of paying customers, so word of mouth marketing is really starting to take off now, and new customers are coming every day. We are 100% bootstrapped and profitable.

We want to keep the current momentum going, while continuing to make improvements to the product based on customer feedback.

The Indie Hackers podcast is probably my favorite podcast. Courtland Allen does a great job at finding successful founders that share amazing insights into how they grew their company. I am always inspired or have a “light-bulb” moment after listening to an Indie Hackers podcast.

For anyone trying to improve their SEO, I would highly recommend Brian Dean’s blog and YouTube videos. If you need landing page help, Julian Shapiro’s Growth Guide is an amazing resource.

You can check out OneUp or you can find me on Twitter at @daviswbaer.