Spending Thousands While Failing to Build a Meal-Planning App 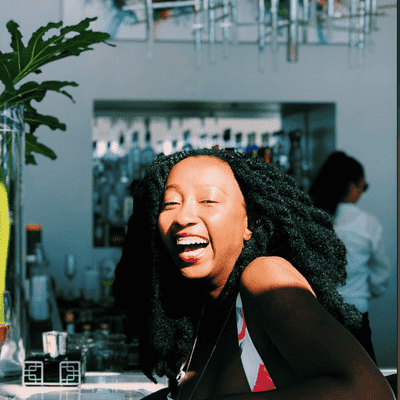 Spending Thousands While Failing to Build a Meal-Planning App

Lola founded Refolo, a meal-planning app focused on plant-based eating. After spending 2 years selling a solution for a problem that people weren't already investing money in, she decided to shut it down looking for other opportunities.

Hi Lola! Who are you and what are you currently working on?

Hello! I’m Lola and I’m in my 20s based in Atlanta. I currently run a digital product studio called Lunch Pail Labs and Refolo was my very first product and foray into entrepreneurship. It was a meal-planning application that focused on plant-based eating. I built it myself and was responsible for all of it, product, marketing, customer support.

The business model was simple, pay a monthly subscription ($15 a month) for customizable plant-based recipes that reminded you of home. The recipes were shoppable as well so you could get the ingredients delivered through delivery services like Instacart, Amazon Prime, etc.

What’s your background and how did you come with Refolo’s idea?

My background is unrelated to food. I studied math and engineering in college and while working on Refolo I was managing teams at an eCommerce company. The idea for the company came after my dad was diagnosed with cancer and had to drastically change his diet. He began to develop sensitivities to some of his favorite recipes and figuring out what to eat became a struggle. I thought there had to be a better way to figure it out so I started working on Refolo.

I started working on the product while I was taking a UX design class part-time and I used it as my final project for the class and conducted my initial user interviews. From there it was a slow iterative process of trying different things and finding people to talk to. For a while, I was working on an iPhone app with Swift but the first functional MVP was a coda doc, then I upgraded to a WordPress site with some plugins and then made a Bubble app.

I held a meetup for plant-based eaters in Atlanta. It grew to a little over 100 members and was a source of initial testers. I also cross-promoted and held virtual events with plant-based influencers on Instagram. It was fine to get people to sign up but didn’t attract any paying users.‍

Ha! I don’t think it ever really went in the right direction. There was a lot of fake traction (getting into an entrepreneurship program here, collaboration with X group there) but at the core, I didn’t have a repeatable process for finding people who wanted to pay for the product. I also was trying to sell a product where people could find a lot of the information they needed for free and in a lot of cases were fine with what they could find for free.

It’s a lesson, I’ve taken to new things that I’ve built. Finding where people are already paying and improving on that solution can be much easier to monetize.

Which were the causes of Refolo’s failure?

There wasn’t one specific event that made me decide to shut it down. Some causes were poor maker/problem fit, trying to make it a thing too early and not experimenting, and selling a solution for a problem that people weren't already investing money to solve. 6 months before I shut it down, I left my job to put more energy into Refolo, and given that it wasn’t making any money and didn’t have any promising signs of traction, it didn’t make sense to continue.

Invest in growing a community around the problem first and then figure out what products are needed. I went in with a ton of assumptions based on my experience of one person (my dad!) and didn’t do a great job getting into the community to see how people were solving the problem.

I’d also try many small experiments in the space instead of focusing on one approach, to begin with. It took a year from when I first had the idea to when I had something people could use. Because of the long-time investment in one vision of the product, I was so attached to the path.

Start with Why by Simon Sinek and Essentialism by Greg Mckeown are great.

Sure! You can learn more about me at lola.fyi and I’m on Twitter @ojabowalola. I also wrote a Twitter thread about working for myself and shutting down Refolo here if you’re interested in more of the story.