Raising +$1M and Failing to Build a Wellness Mobile Interface 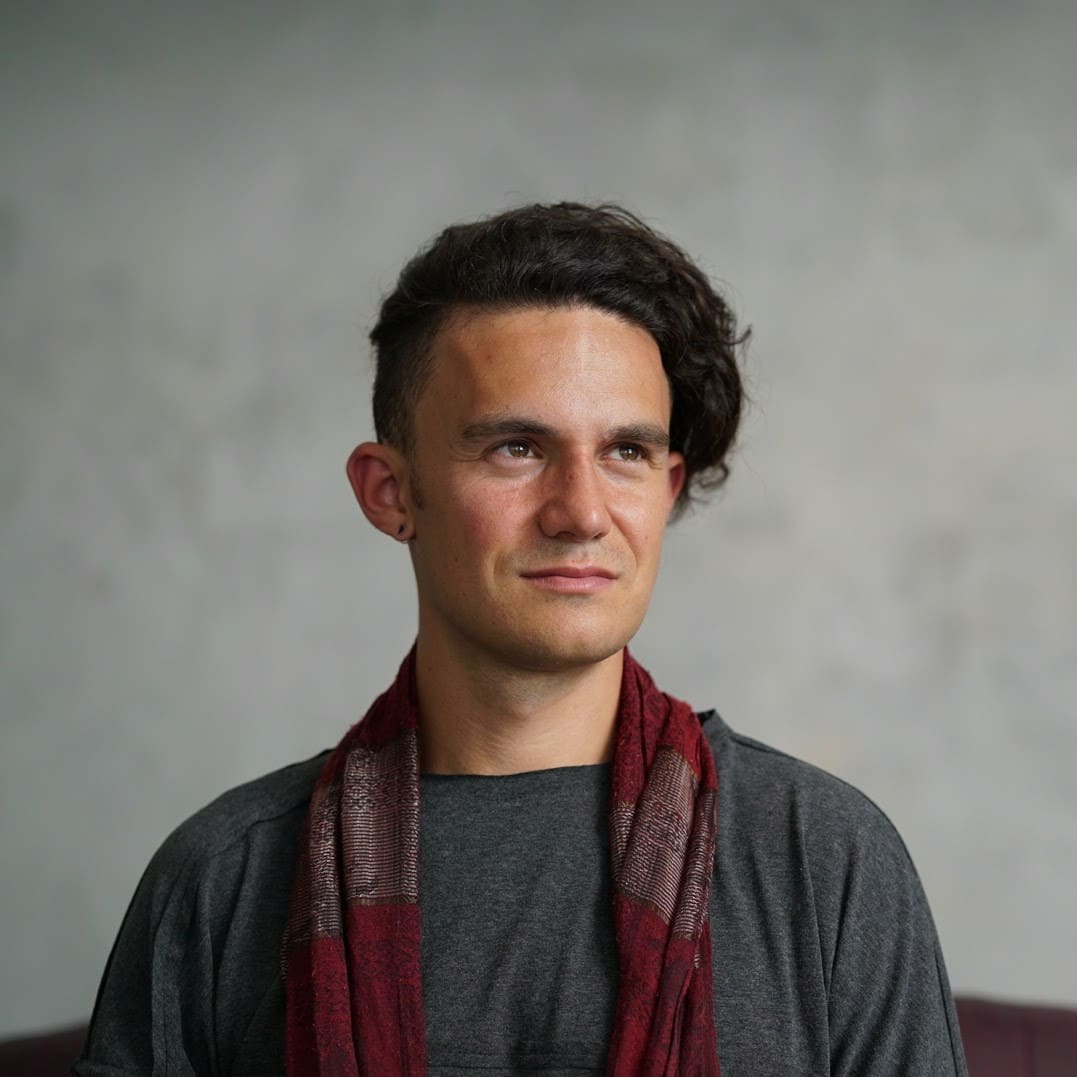 Raising +$1M and Failing to Build a Wellness Mobile Interface

Andrew and his team built Siempo, a smartphone interface designed to support mental health and wellbeing. They raised $1.1M over four years and did not generate revenue. After not finding product-market fit, they had to dissolve the company in 2020.

Hi Andrew! Who are you and what are you currently working on?

Andrew Murray Dunn here. I am a Chief Ethics Officer for hire, 31, living in the New York area. My mission is to bring ethics and eros into business. I do this through studying, writing, participatory art, coaching, and consulting with early-stage founders and professionals.

Siempo, Inc. was a Public Benefit Corporation whose mission was to create technology that protected and promoted human thriving. We built the first humane smartphone interface. I served as Operations Manager during the 2016-2017 hardware phase and CEO during the 2017-2020 software phase.

What’s your background and how did you come with Siempo’s idea?

Before hacking on a wearable idea to solve smartphone addiction, I studied business in college and worked at several early-stage startups. While pitching that idea at a meetup, I crossed paths with a team working on a mindful phone. Andreas Gala and Jorge Selva met through their partners in Chicago in 2014, connecting over life and business and curiosity about having a more balanced relationship with technology. Jorge had switched to a flip phone on business trips to South America and enjoyed the break from all the noise, while Andreas felt corporate burnout pains in testing lots of smartphones as a product manager at Yahoo.

The early team began hacking with hardware engineers and industrial designers on a new flip phone version. It included must-have features like cloud-synced notes and WiFi tethering that would make it easier for folks to ditch their smartphone (similar to The Light Phone and Mudita). They ran into the hurdles of building hardware from scratch. They eventually pivoted to white-labeling a current Android device and focused on designing a more conscious user experience on the software side.

Mayank Saxena (part-time CTO) and I (operations and marketing) joined the team in the summer of 2016 with similar visions around disconnecting from technology. We progressed on the manufacturing and software design paths while gearing up for a crowdfunding campaign to launch our brand and pre-sell devices.

We launched the Kickstarter in March 2017, raised $50k in device sales, and received countless press mentions but did not feel empowered enough to move forward with our manufacturing partner. The feedback was clear that the switching costs for a new device were high, and each user had a different idea of essential features. However, our audience indicated a strong willingness to try and pay for a software version of Siempo on their current device, which the Android operating system supports (this type of product is called a launcher, home screen, or lightweight OS).

While Andreas and Jorge decided to move on to different projects, Mayank and I felt energized to explore the software path. With the support of backers, we were able to spin up operations again and bring on a product designer to help us design a more intentional smartphone interface.

PR was our #1 driver of growth, though expensive when we paid for it and time-intensive when we did it ourselves. I think we missed a significant opportunity to invest resources into community building — a weekly Zoom with users could have gone a long way. While we wanted to keep the app free while in Beta, I wish we had experimented with charging for the product.

Participating in an emerging industry presented a ripe context to network with diverse communities. Some of these explorations led to tangible outcomes (creation of Digital Wellness Collective industry trade association, volunteer support from users/fans, in-person meeting with Google and Samsung execs), while others led to distraction and overwhelm (creating an angel group for fundraising).

We released our Alpha in December 2017 and launched our Beta in the Play Store in March 2018 to a flurry of positive reception: TechCrunch, Broadcast TV, endorsements and awards, stellar ratings, and reviews. It felt like we had timed the cultural moment perfectly. Yet we struggled to fundraise what we needed to take the following steps forward, in part due to Apple and Google’s announcement of their respective Screen Time and Wellbeing efforts, which spooked investors. The digital wellness space was still too early, too inhibited by the giants, too mission-driven. We paused operations for the summer.

Given the historical moment we found ourselves in, I wondered if we had to innovate on the HOW and the WHAT to become a trusted and ethical product and organization. If we were going to take another crack at it, we had to find greater alignment across all dimensions of our business — from open source to Public Benefit Corporation to community funding. We had to make an organizational and cultural overhaul.

We rebuilt a phenomenal team (ex-Apple, Space X, BCG) and updated our vision to reintroduce Siempo to the world as the first full-stack humane startup (in terms of product and org) through a June 2019 WeFunder equity crowdfunding campaign. Days before the planned launch, with nearly a dozen people involved, we experienced some unexpected roadblocks and decided to delay it to September. We took the summer to bolster our offering and explore a compelling B2B model but ultimately never launched the campaign due to a combination of burnout and continued lack of resonance with more prominent investors. Things were still not in flow.

We left no stone unturned in finding new leadership or a larger organization to join forces with. In 2020 we made the difficult choice to dissolve the company.

Which were the causes of Siempo’s failure?

• Platform —The inability to build Siempo on iOS was one of the biggest thorns on our side, as most investors have iPhones, as does half the US and a quarter of the world. Even though we enjoyed more creative freedom on Android, there were still limitations and risks, e.g., we had to water down our notification batching feature due to an OS update. Most of our features were first for Android, while impossible on iOS.

• Coherence — Building trust and shared reality between remote culture and a mix of full and part-time contributors was challenging. It may have been more effective for new-to-the-world innovation to have a strategy, product, and engineering in the same room, on a learning journey together. We also never had an experienced CEO leading the team.

• Fundraising — There’s no other activity we put so much time in that yielded so little result. We overestimated how investment appetite would match the growing cultural dialogue and how many investors would come out of the woodwork after making fortunes from tech and getting into wellness culture. Perhaps a nonprofit container might have been more appropriate. Here is the final deck for reference.

• Timing — We got into the space very early. Even with The Social Dilemma viewed by hundreds of millions of people, the digital wellness industry still feels nascent, as evidenced by how many efforts have fizzled out and the ~dozen minimalist launchers that came after Siempo yet to crack the 1M download milestone.

Siempo raised approximately $1.1M over four years and did not generate revenue.

I wrote a blog post outlining my vision for the next Siempo, detailing all the things we might do differently.

On the product side:

• Research — We conducted several rounds of user research, but we always could have done more to validate real human needs vs. what we imagined would be supportive. This is tricky for a problem with such a complex system of root causes. It has to do with the user’s awareness of their emotional state and their digital environment.

• Simplicity — Because we initially set out to build a whole new phone, we had thought through many aspects of the user experience at the OS level. When we pivoted to software, we transferred much of that feature set into the launcher. A more straightforward feature set may have been more effective for user adoption than the complex set we released.

• Onboarding — There is a big learning curve for switching to a whole new interface, especially for those who have never used a launcher before. We prioritized investing in a smooth onboarding experience, but it proved insufficient and led to a loss of many users upon download. There was ample low-hanging fruit to tackle to improve retention.