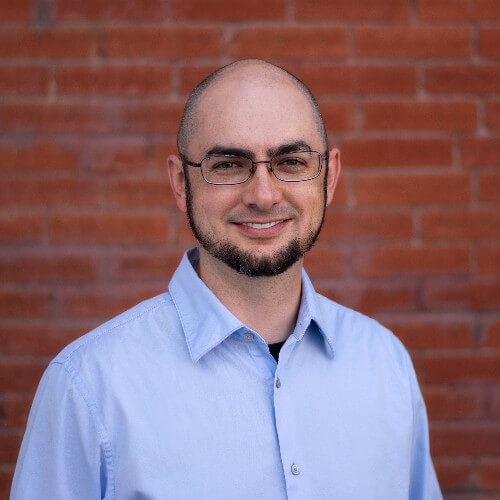 Hunt was a software engineer at a Silicon Valley company when he decided to build Singulution, a point of sale & business management solution for multi-location vendors. However, after 10 months of work and $30,000 spent, he couldn’t validate his idea and ran out of money. The company was eventually absorbed by another startup.

Hi Hunt! What's your background, and what are you currently working on?

My name is Hunt Burdick and I live in El Paso, Texas. My first introduction to programming was at the age of 12 with the Visual Basic language on DOS. My dad was building a piece of software for his business and showed me a few things along the way. Throughout the years I experimented and tinkered, never taking myself too seriously until one day it clicked; I could do this for money! This led to a profitable software engineering career that eventually landed me at a Silicon Valley company called Arista Networks.

Ever since those first days of watching my dad program a system for his business I’ve had a dream of building a comprehensive business management solution. Even though I had a great job, I wanted to start a business around this idea. During my last few months at Arista, I started working on my new company after hours. I called it Singulution and we were going to build a full-duplex real-time point of sale and business management solution for multi-location vendors.

What motivated you to start Singulution?

I’ve been an entrepreneur for almost as long as I can remember. My first business was going around the neighborhood selling rocks that I had found. Later it became bicycle shops and now currently technology startups.

This inherent entrepreneurial spirit combined with my interest in business software seemed to make a good combination. While all of these businesses eventually failed at some point, I was convinced that Singulution would be the one that made it.

In June of 2017, I left my job at Arista Networks and used my stock options and 401k as a runway for my new venture. When I started Singulution I had no idea that it would eventually fail and be absorbed into another startup called E-DealerDirect, where I am currently Chief Technology Officer. I did not know what I didn’t know and I made many mistakes along the way that fate somehow turned into good fortune.

After leaving my job I set out building our product full time. And I mean FULL time; I spent every waking moment building. This was good and bad. It was good because I was making progress but also bad because I was doing it in a vacuum and I didn’t engage customers until it was too late. Overall, I spent about 10 months in development on a product that I never used.

I used Ruby on Rails and React to build a fully real-time interface interconnected with web socket connections. From a technical perspective, it was pretty advanced. I should have started much simpler and found my customer niche before building out so much scaffolding.

Which were the causes of Singulution failure?

I failed to launch the product before running out of money. The right approach would have been to build a minimal MVP and then iterate off of customer feedback. I kept it a secret and made it too monolithic. The number of features and the complexity of the system made it difficult to get to MVP stage.

The fact that I decided early on to make everything realtime came with a bunch of overhead. I spent way too much time on infrastructure and too little time interacting with potential customers.

I had a pretty set runway and started to see the end approaching. As I was running out of money I started networking looking for opportunities and that’s when I met my current co-founders in E-Dealer Direct.

E-Dealer Direct bought our intellectual property and brought me on as CTO for a portion of equity. This was perfect because they were past the MVP stage. They had a working model and had the required technical skills to take it to the next level.

Effectively we were bought out by E-DealerDirect and Singulution was shuttered after 10 months. It really wasn’t a big deal since we didn’t have any customers. I was actually relieved to join to E-DealerDirect as CTO because now I get to focus on making the product and interacting with existing customers. We’re moving incredibly fast, gaining traction and changing the way dealers interact with financial institutions.

I built what I thought people wanted instead of listening to what they needed. While my system was a thing of beauty from an aesthetic and engineering standpoint, it was almost useless for its intended purpose. Without the complete set of features, the system was not usable.

My biggest mistake was that I spent too much time on infrastructure and tech without truly connecting with customers and understanding their core set of needs. From a technology point of view, the system was solid. It was all completely real-time and reactive but it lacked core features that should have been prioritized.

I did not solicit feedback soon enough and the feature set was too deep. These mistakes cost large amounts of time and money and ultimately caused our failure.

Our competitors were also established and too far ahead for us to catch up to without a more significant runway. I should have been more discerning when choosing what to work on. Ultimately I severely underestimated the time it would take to develop the full feature set.

We should have used our runway to target a smaller feature set, release an MVP and then iterate off of customer feedback. Customers are the core of any business. Without them, you don’t have a business.

I spent a bunch of my personal money on Singulution but never made a cent back. Overall I probably spent around 30k on a runway for myself to develop this project. I spent all day, every day, exclusively working on the system for 10 months.

I did have some tooling costs but I basically used the bulk of the money to survive off of for 10 months. Hindsight, I should have used more of the money on customer engagement.

While I did not get direct returns, this “failure” did set me up for a position at E-Dealer Direct where I now focus on building the integrated systems I could only dream about before.

My new company has traction, revenue and runway to build some really cool things and parts of our system are even modeled off of the infrastructure from Singulution.

If I had to start over I would have done more research first. I would have conducted interviews and held information sessions. I engaged my target customer too late and did not address the critical features first.

I should have focussed on a minimal MVP and then iterated based on feedback. While I did develop a bunch of features, they were not the most important ones.

The time spent on infrastructure should have been on the back side of the process, not the initial step.

I wrote an article about how Singulution became E-Dealer Direct.

You can find my LinkedIn here or my new startup here.