SPUDS: Graduating and Raising $15,000 for a New Clothing Brand 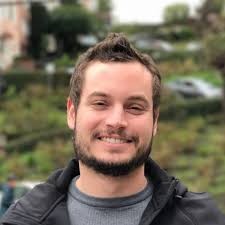 SPUDS: Graduating and Raising $15,000 for a New Clothing Brand

After graduating, Paul became the founder of SPUDS, a men’s performance apparel company based in the California area. The idea came when he was looking for new workout gear, but was dissatisfied with everything in the market. After many prototypes and fabrics, they launched on Kickstarter and were able to raise $15,000.

Hi Paul! What's your background, and what are you currently working on?

Hey there! I am currently working on a men's apparel company, SPUDS, that is focusing on simplifying the wardrobe by creating performance apparel that can be worn everywhere and for anything, all while never looking out of place.

Before working on this, I was a recent Industrial Engineering / Technology college graduate who also ran a side business that sold maintenance and protection products to schools and sports facilities.

How did you build Spuds initial product?

The idea originally came about in early 2017 when I was looking for new workout gear, but was dissatisfied with everything the high-end companies in the market had to offer. They are obviously great for working out, but I couldn’t justify paying a premium price for something I can only wear a few hours of the day. I also thought that all of the media pockets sucked, and having recently bought an iPhone Plus model phone, I had no where to put it besides on the floor!

These two issues are what sparked my interest in finding a single solution of one piece of clothing that could be worn for working out, going out, and everywhere in between, all while including technologies that made the life more simple and design features like our Hip-Locked Media pocket that actually solved some real-world issues.

From there, it was a matter of doing the research for a good contractor (made in California), asking the right questions to find a professional pattern maker, fabric manufacturer, and trimmings (zippers and drawcords). We went through a ton of different fabrics, parts, and prototypes until we were finally at a point that we were ready to start our Kickstarter funding process.

Which are your marketing strategies to grow your business?

We are mainly focusing on the digital side of the advertising spectrum. Before going live with our Kickstarter we focused on creating a newsletter mailing list by utilizing Instagram to attract potential backers with an enticing reward. During the campaign, we were able to use influencers, some small press outlets, and Facebook ads to drive our funding.

Now that we are at the stage where we are officially launched, we are still utilizing social media platforms such as Instagram, Facebook, and Pinterest with good results. We are also creating a social media campaign with a number of influencers to help push our sales, for not too much cost, and are utilizing some large and small press outlets to also help tell our story. Facebook ads will also continue, with a focus on finding our target market through multiple campaigns and doubling down on the ads that work the best.

On top of this, we also have plans to really push our content marketing pipelines with a new journal we will be introducing. Our focus on this journal is not to try to sell a product directly, but to work with other well-known individuals in related industries to bring together people, ideas, and inspirations to help people focus on simplifying and cutting out all of the ‘fat’ in their lives to help them focus and pursue their true passions. We hope that this journal can be used in a way that will make people wanting to come back to read the most recent story, and not just be another ad.

The single biggest challenge was just being able to believe that everything would work out even when things were getting tough. There were points where I did not think the Kickstarter would ever fund, and took a step back for a few days to clear my mind and gain some motivation again. There were other frustrating times when manufacturing wasn’t going well, or a customer had a complaint. During all of these troubled times, though, I just knew in the back of my head it would work out. I could take these failures and issues and learn from them, and if I got through it the first time I would never make it happen again.

Another challenge I have faced when starting and building Spuds is the number of decisions you have to make and things you have to learn. I have been fortunate to surround myself with people within the garment/apparel industry that are very experienced as it has helped me to learn and take their advice when needing to make manufacturing and design decisions. When it has come to all of the other aspects of growing a business, such as SEO, marketing, social media, media, etc, it has been very difficult being able to constantly improve in many aspects while trying to keep the business as lean as possible. With such a limited fund I have made it a priority to learn each department needed to help start and build this business, and it is a daily struggle trying to prioritize what to learn and what areas to apply that knowledge to. I have helped simplify this over time by prioritizing different parts of the day to different projects and tasks of each department, to make sure that I don’t start jumping around and can actually focus and learn in one area at a time.

Lastly, the biggest personal challenge I have faced is dealing with anxiety and mood swings, to say the least. When it comes to the entrepreneurial journey, I believe that your mental health is one of if not the most important aspect. You are constantly dealing with daily success to failure swings, as well as that constant uncertainty of whether what you are working on will actually work or not. Having a support group, both from friends, family, and professionally, is extremely important during this time and making sure your mental health does not interfere with your work is good for both yourself and those around you.

During the process of building & growing Spuds, which were the worst mistakes you committed?

I would say that the single biggest mistake that we committed was being too confident with our first production. There were a lot of rookie mistakes that we didn’t take into account that hurt us overall, but we were able to stay on top without complete failure by keeping our initial customers constantly updated so they never felt out of the loop.

The biggest production mistakes we made were:

- Underestimating how much time it would take: Our initial promise for our Kickstarter backers was to have all product delivered starting in October. This was based off initial estimates we got from all our suppliers during other parts of the year, but did not realize that this time frame when a lot of other companies are wanting to create their own product in time for the holiday season. The production of our fabric and the final creation of the DIA Short were both longer than expected. We kept all of our backers in the loop, giving them weekly updates and a lifetime discount for all of the troubles.

- Under-ordering material: We ended up not ordering enough material and the yield from production was lower than expected. This caused production to be short on a few color and sizing combinations for orders that were already placed. To fix this, I reached out to these customers randomly and offered them a refund, color change, or to wait until the next production. It worked out okay in the end, and everyone chose the option that they were most happy with.

If you had the chance of doing things differently, what would you change?

The first thing I would do differently during the campaign is focus more on our media. We had a great product, but I felt like our video and photo efforts didn’t get the point across as well as it should have. We live in a society now that is completely focused on visuals, and text explanations only go so far. We have since focused more on our branding and now that we have officially launched, I am satisfied with the direction we are going.

On a similar note of things I wish were done differently for launch would be to include press more seriously. I do wish that I had more initial production samples created that could be sent off to press, because I found that they really are interested in even the smallest of startups or companies, but I regret not taking it seriously enough or including it in our marketing plan as prominently.

On the contrary, the one thing that I felt like I spent too much time on was on the small things that didn’t directly correlate with selling the product. I do like to work into the future, as I call it, where what I am working on today is really applied for some time down the road. The issue during the Kickstarter was that I got into that mood and started to work on things that would apply after the Kickstarter was funded. If I were to go back I would have focused all of my efforts and crushing the funding goal as quickly as possible, instead of putting efforts elsewhere.

All in all, if I were able to go back, I would tell myself to do these changes. I believe that we didn’t fund as successfully as we could of due to lack of press coverage and good media to showcase the product, as well as spending too much time on the small details that didn’t convert to direct sales at the start.

My favorite mediums for learning about things are podcasts, research, and online resources. My current favorite podcast is Marketing School by Neil Patel and Eric Siu.

It is a great resource for marketing, and I love that they get straight to the point. Research is a trait that I think is important for everyone to learn. I love researching how other companies have done things, listening to talks from other founders, looking up backlinks and social media pages to pick out things that I like so I can implement an adaptation of it into my own company.

Finally, my current favorite online resource is actually the Shopify newsletter. They have some great resources for starting and running an online business, and it has really helped me understand all parts of the industry.