Starting a Dual-Sided Marketplace: The Struggle to Balance Supply and Demand 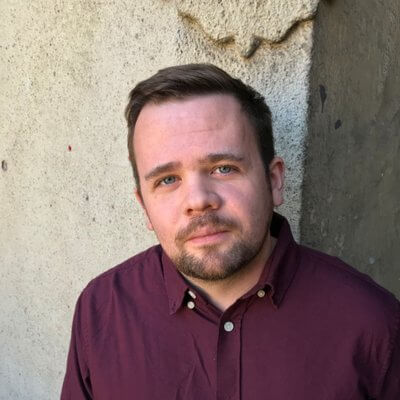 Starting a Dual-Sided Marketplace: The Struggle to Balance Supply and Demand

Andrew Davison is one of the automation kings. He is a Zapier Certified Expert and an Integromat Partner running Luhhu, a business automation agency. Before that, he built Teacher Finder, a marketplace for language teachers. It didn’t take off, but using Zapier each day helped him start his agency.

Hi Andrew, can you tell us a bit about your background, and what are you currently working on?

I grew up in the south of England, studied at university, and dropped out of a computer science degree. I did a few bits and pieces of jobs in London and traveled in Asia before finally ending up in Budapest where I live now as an expat.

I started a business to help match language teachers with students. It was born out of me trying to be a language teacher, realizing I wasn't very good at it but found I was pretty good at finding students and being able to link them with other teachers. I built a website for that, and that was Teacher Finder. It had some success and then it started to decline. Because of that, I needed to search for new work. Zapier was one of the tools I've learned to use when building Teacher Finder to automate parts of it. When I found myself with more time, I started freelancing using Zapier. It developed into my current business, an agency called Luhhu.

How did you come up with the idea to build it? What was the main motivation behind it?

I thought I could teach English. I didn't have any qualifications. But people would probably want to speak to a native speaker.

I had a little bit of success, but I didn't enjoy teaching. I had a bit of experience with SEO and I could build a half-decent website. When I started to get inquiries of people looking for a teacher, I started referring them on to other teachers I knew and I realized there could be a business here. I would refer the leads on and I would get a small referral fee. I built the website out a bit, and I put profiles on there. I started thinking about other cities in Europe like Berlin, Madrid, Barcelona, where people would be looking for teachers.

How did you build the platform?

I built the original website in WordPress. Right at the very start, it was a WordPress website and a Gravity form. A big Google Sheet was running the whole operation, and Zapier automated the process of matching up teachers, getting updates from them, and sorting out payments. After some time, I migrated away from that Google Sheet and built a custom backend using Bubble.

We were constantly battling in some cities. There were loads of teachers, but not too many people looking for teachers, or at least not looking online for them. The reverse happened in some cities. In Germany, we always had plenty of German teachers and English teachers, but we had a surprising amount of demand for Spanish teachers. We didn't have many teachers. In Hamburg or Munich, we came to find there were only two or three really good, full time working private teachers. But they had more students than they could handle. We had a lot of students contacting us we simply couldn't help. It was very hard to scale. In some cities, we will try to bring in more demand, and in some cities trying to manage more supply. Keeping that seesaw balance was difficult.

What channels did you use to find students and teachers?

We didn't do too much in terms of finding students. We didn't do too much outbound marketing. We had blog content. I think we crept up on Google search. Someone searching German teacher in Berlin would probably find us in the top listings. We never had problems finding students. In terms of teachers, my partner spent a lot of time on message boards for expats in different cities posting, looking for people posting about being teachers, and posting about work. We would go to other teacher listing sites, contact people through there, and try to recruit them. It was a lot of hustle looking around anywhere where expats or language teachers were congregated online, and just messaging them finding out if they had availability, and convincing them to sign up.

What were your biggest challenges you had to overcome?

We got to a point where we had a nice balance in enough cities to bring in enough money. It was always a little bit difficult. We had a pricing model where teachers paid us a fee, once they've had four successful lessons. If a student dropped out before that we wouldn't charge the teacher. We'd only charge a one-off fee. We weren't taking a percentage of their earnings, which I think teachers liked, but we had to constantly get updates from teachers. As that scaled, it became a labor-intensive process of chasing up teachers, getting updates, sending them invoices, getting payments. It was difficult to automate that.

We started in Budapest and we launched internationally at the end of 2015. For the first two years, it was good. We were getting more traffic to the website, more inquiries from students. We were making more successful matches, we were learning, and doing well in cities.

In early 2018 it peaked, but then it plateaued and then started to decline. We were getting less traffic, fewer inquiries. We noticed there were other apps and websites doing similar things. We were competing for spots with Google. Where we had been number one for a particular search in a city, we were dropping down to two or three. That was translating into fewer inquiries. We thought about how much energy we put in to get these top spots in cities and realized it had translated into not so many students, and not that many teachers. There was no way we could create new German, French, or English teachers. There was only a limited amount of demand for finding teachers. We estimated we'd probably hit that in most cities. It was bringing in $3,000-$5,000 a month, which was good, but we realized you couldn't build a big business off that. If that was the peak, then it wasn't going to be a project that was going to last forever.

What is the current state of the project?

At the end of last year, we were in 60-70 cities. We found out only about 20 of those were doing matches. We stripped back to 10 European cities, and we concentrated on core languages like English, German, and French. It took a lot of the workload away. We've used Zapier to automate every tiny little bit of the business we could. It's turned into a business that takes a few hours to run a month. It's making anywhere between $500-$1,000/month. I still enjoy the fact that we're helping a select number of teachers find work in their cities.

We made £67,000 in total since March 2016. At peak, we were paying for a bunch of apps, Google AdWords, and other stuff. We were always covering our costs, but we weren't having much profit left over to pay me and my partner.

We slashed every app we didn't need. We're just paying for Zapier, Xero, and a couple of other things. In the last couple of years, the running costs have been less than $100 a month. It's quite profitable even though that chunk of profit doesn't add up too much.

"We split that and it keeps us both motivated to keep this going."

If you had the chance to start over again, what would you do in a different way?

I wouldn't do a marketplace business again. With my new business as an agency, we have a skill, we sell it, people pay for it. There's no managing a supply and demand side.

I would also have focused on online lessons. We focused on matching people that wanted language lessons in person. But there are lots of logistical issues there. In a big city, you might have a student in one part of town and a great teacher in the other. They might be a great match, but they're not going to travel for one hour to see each other. We weren't even covering a whole city. I’ll focus on a marketplace business where the supply and the demand were online, and there was no managing the logistics of that.

From all your takeaways you learned from this experience, what advice do you have for other entrepreneurs who want to get started or are just starting out?

Just start and start simple. We started without automation. It was just me managing every request we got and finding teachers.

"Every business could be boiled down to something really simple."

You're not going to lose any money building a business like that. You might not make any money but if you do, that’s a great situation to be in.

Keep your costs less than what you're earning. Don’t get into debt. Don't depend on the business. Build out the business by reinvesting your earnings. As you start to earn more, you can invest in more apps and more automation, but always keep it in perspective.

Think very carefully about marketplace businesses. Most people start these types of businesses because they've realized they've got a supply or demand for something and they just assume they’ll be able to match that up. But quite often, it doesn't work out that way.

What are your favorite startup resources for makers entrepreneurs?

I like to read the newspaper and I've signed up for a bunch of different newsletters on finance, tech, and startups. I enjoy reading case studies, interesting stories.

Product Hunt is a place where I spent time keeping an eye on new apps and stuff, both to get ideas and to see new useful projects.

Twitter. It has been very useful. I meet lots of interesting people there. I've always been able to get referrals to suppliers and people who've got answers to different questions I've got.