Growing the Fastest Calendar SaaS to Thousands of Users 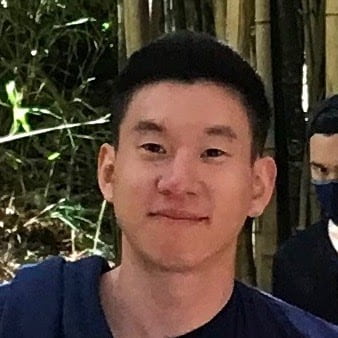 Growing the Fastest Calendar SaaS to Thousands of Users

John co-founded Vimcal, the world’s fastest calendar designed for people who work remotely. Talking to customers is a part of their company DNA, and they have onboarded thousands of users. Moreover, every employee has personally onboarded at least 100 users.

Hi John! Who are you and what are you currently working on?

My name is John Li, and I’m the co-founder and CEO of Vimcal. I’m 29, and I’m not based out of anywhere.

I’ve been nomading around the last year, working out of Hawaii, Colombia, Costa Rica, Guatemala, NYC, and Italy. I plan to move to NYC permanently next spring.

Vimcal is the world’s fastest calendar, beautifully designed for people who work remotely and live in their calendars. It comes fully featured with timezone conversion, booking links, keyboard shortcuts, and everything a modern calendar app should have.

My co-founder, Mike, and I met in college at Berkeley. We got along immediately and ended up scheduling the same computer science classes every semester to be project partners.

After graduation, we started hacking nights and weekends on interesting ideas while he was at Microsoft and I was at Twitter, which led us to start two companies before Vimcal.

The first was banner ads for augmented reality. App developers could install our SDK into their AR app, and when their users pointed the camera at a wall or floor, there’d be a Coke ad there.

We then pivoted to the fitness space and created an app that helped you improve posture - think Headspace for people who hunch over their computers all day. We consulted yoga gurus, hired instructors to teach foam rolling classes at tech companies, and studied other successful fitness apps to learn about the space. Ultimately, we found that fitness apps required too much marketing for our comfort (and lack of money in the bank).

We first came up with the idea for Vimcal while fundraising for the fitness startup. Almost overnight, we started needing to schedule 30+ investor meetings every week. As much as we loved using Calendly, sending just a URL to an investor came off as rude.

We had no choice but to coordinate what times we sent to who manually. Mix in Asian and European time zones, and the result was a bunch of embarrassing double bookings, “oops, that time is taken”, and accidental 4 am calls.

The tools supposed to help us got in our way, so we decided to pivot and build our own as any maker would do!

We spent 6 months building the first version of Vimcal before introducing it to the world. Designing and prototyping the product was one of the most fun and creative periods of this entire journey, mainly because we were building a product for ourselves for the first time. Decisions were simple - do we like it, and would we use it?

We launched Vimcal in the internal YC forum, and new users found out about us through word-of-mouth. We borrowed a useful tactic from Superhuman: we required a 30-minute onboarding call for every new user. No exceptions.

From January 2020 to October 2021, we onboarded thousands of users. This means we could watch everyone use the product for the first time, tell us in person what they liked and didn’t like, and forge a personal connection with our users.

A side effect of this decision is that talking to customers is now a part of our company DNA. Every employee at Vimcal has personally onboarded at least 100 users and has a dedicated on-call time every week to respond to support tickets. As a result, our team is especially good at listening to the user and knowing when to ship something better than what a user asks for.

Vimcal works on desktop for GSuite users. We hope to expand to iOS, Outlook, and Android in the future.

We’ve seen significant upticks of signups when people shout us out on Twitter. Productivity tools tend to do best on Twitter since tech/VC Twitter is always searching for the next cool thing.

One thing that doubled our retention overnight was sending new users a tutorial email every day for the first few days after signing up for Vimcal. Often, people sign up for a new tool on Friday, close their laptop for the weekend, and on Monday, they’ve already forgotten about it.

Since starting Vimcal, what have been your main lessons?

The biggest challenge has been that my cofounder and I have very different personalities, working styles, and preferences. We clashed at first after the honeymoon stage was over, but once we were able to get over this, our differences became a considerable advantage.

His strengths were my weaknesses and vice versa. Different preferences meant we debated rigorously about every decision. Once we learned to disagree well, we started moving fast and executing better. We could also delegate much better because tasks became something one of us was better at or preferred to do.

Other than coaching, one thing that helped a lot was that we promised each other the day we incorporated that we would be friends when it was over no matter what happened.

Tech and business tend to skew left-brained - analytical, logical, black and white. I think it’s important to keep in touch with the fuzzy, subjective part of human nature to hone your gut instinct and be aware of how you feel when making decisions.

I don’t have any specific resources to recommend because this type of stuff is a personal preference. I like to work in different cafes, watch stand-up, read fiction, surf, and learn new languages, on top of consuming business books and podcasts. I find that I lose my mojo to make good decisions if all I’m consuming is business content.