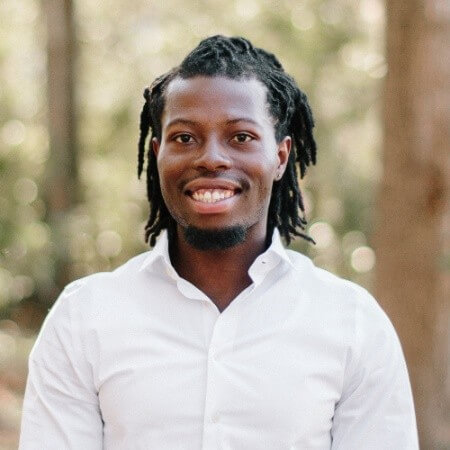 WURA was an on-demand video platform for African and Nollywood movies. Mike hired a few developers to build it and spent $35,000 on Facebook marketing. The business grew fast and he was making $3,861 per month. However, YouTube competition and cash flow killed the startup.

Hi Mike! What's your background, and what are you currently working on?

I’m Mike, 28 years old based in Atlanta GA. I was born and raised in Lagos Nigeria, moved to the US when I was 12 years old and I fell in love with the computer from an early age. I started simple coding in High school and that would later lead to my career now as a web developer/ internet entrepreneur.

WURA started as a pet project, and for 2 years it really was that. My family and I loved to watch our native African/Nollywood movies and we generally had access to those movies on YouTube, except they were all over the place. You had to search and dig through the dirt to find a good quality movie. WURA was a way for me to curate a playlist of titles so to speak. It was an on-demand video platform we one came and built their own playlist of high-quality titles that were readily available. It wasn’t until I had some cash in the bank though that I started thinking about the project more like a business. My other businesses took off and I had the capital to turn it into a legitimate business. And that I did, hired a team of 10 with myself included. And we put together a nice platform to watch movies on your pc and mobile devices. For a monthly fee of $3.99, a user had access to hundreds of new titles (movies and TV shows) both in English and other local dialects.

My main task was to oversee everything. I was the owner but I was also part of a team of 9 other incredible people.

What motivated you to start WURA?

When I started WURA in 2013, I was actually just recovering from a failed startup the year before. My background is in web development but I consider myself more as a project manager as I rarely get hands-on anymore with my projects. Between 2008 and 2012 I was in the flash gaming business and I ran a successful network of gaming websites, up until early 2012. Several events happened that year that shut down about 80% of my business. First was Google Panda update or Penguin, whichever it was, I lost my Search engine rankings and that alone completely decapitated my business. Also, by this time smartphones had already taken over the market so many gamers that would typically come on the site to play games now go to their mobile phones. And in my efforts to transition to mobile games and join the trend, I essentially lost about $21,000 to a sham game developer on Elance (be very careful when using freelancers for big projects).

Long story short, by the time the year was over, I went from making $75k a year to barely making ends meet. I shut down the servers, sold my car, cleaned out my apartment, and moved back in with my parents. As an entrepreneur, your best insurance policy is mom and dad because when things go south (and they will at some point) you at least have a place to lay your head and try to recoup.

And so, it was a few months after living on my parent 's couch that the idea of WURA came about. When you live on the couch, you tend to consume a lot of TV and online videos. At least that was the case for me. When I kept watching these movies on YouTube, that’s when the idea came to me. Also, it helped that I saw another person (IROKO TV) running with the same Idea. Later that year Iroko went on to raise $8 million. And I thought for sure there is a big opportunity here.

Again, when I first started, it was more of a side project because of my current situation at the time. I had to work a fulltime consulting job. But while I could, I initially set up a WordPress website and I remember using the WordPress theme ‘detube’. I made a list of features I wanted to add to the site to make it more usable and easier for users to find titles or build their own playlist. I played around with it by myself for a few months, and then towards the end of the year (2013), I was able to find a buyer to liquidate what was left of my gaming business. I got about $49,000 from that sale, and with the additional income from my day job, I felt I had enough to get serious about WURA.

So, I did, and the first person I hired was a PHP programmer/coder, and we started adding that list of features to the site. Then I began reaching out to Nollywood producers and movie makers to acquire titles for a licensing fee

Some of the major obstacles I faced were dealing with the West African business ecosystem, also having to transact with people thousands of miles away came with its own challenges. Sometimes hard drives would get lost in shipment or sometimes I get the hard drives and it has the wrong content in it. And this wasn’t something you can just drive to the store and return. It would cost $100-$150 to ship hard drives back and forth. And internet connection there, is not strong enough to send very large files through the cloud. So, to reduce risks, I had producers send me hard drives first that contained several movies. Then from there, we chose 3-5 titles that we really wanted. Over time, that saved a lot of money and headache

At the time I was building WURA, I also had a successful entertainment blog that brought in enough revenue for me to continue funding the project. I went on to hire a team of 9 people, designers, writers, editor etc. and my programmer was also brought in full time. Hired a mobile developer as well. So, I had a legitimate business. Had the people, invested thousands in acquiring new titles. All was left was launching and executing with the right marketing plan. Or so I thought.

For marketing, we had a Facebook and YouTube page, did some SEO, built a mailing list through the site, and I reached out to several startup and entertainment blogs to get our name out there. We also offered promotions and free trial periods to get people in the door.

We spent about $35,000 on Facebook alone, that helped get some signups both free and paid, also increased our mailing list. The blog outreach helped build some link juice for SEO for the most part. A mailing list was effective in converting free users to paid.

Which were the causes of WURA failure?

The main cause of failure for WURA was YouTube. Probably with some mistakes and carelessness on my part as well, but YouTube was the ultimate giant that rendered the business model unsustainable. Sadly, I didn’t realize this fact until much later on.

Remember when I said that I thought there was a big opportunity once I found out IROKO TV raised $8 million? Apparently, hundreds of others thought the same, particularly the movie producers. So, the same guys we paid a fee to license their contents went behind our backs and flooded YouTube with the same titles and much more. This basically erased whatever monetary value the movie titles had.

I considered WURA more of a service than just a movie or video site. But it is extremely hard to sell that service to anyone if their ultimate goal is to watch a movie and that movie is already available somewhere else for free. And not just somewhere else, but YouTube, which was and still is the most recognized name in online videos.

That said I had some responsibility for the failure of WURA as well. For one, I focused way too much on the product itself, that I misjudged the market. And in focusing on the product, I made way too may alterations and customizations. I also licensed way too many more titles than I should have. My marketing strategy was backward. I should have had a marketing plan and execution in place before even launching the product. I’d assumed that guys like Iroko had already proven the concept that I just need to gain some of that market share. Wrong!

When it was all said and done, I started to realize that the business may not hold due to the trend I was seeing on YouTube, literally every day I would see a new channel pop up showing the same titles that we carry. Although ours were in much greater quality and high definition, still didn’t matter.

I naively stayed in the game and hoped for a different outcome or tried a different approach at may be changing the type of content we carried, but even if that were to be successful, I was already running out of cash by this point. Ultimately, I let everyone go and shut down once I ran out of my entire life savings.

And for a while there I still left the site online and gained new users daily. I recently just completely shut down the site/server and many of the online social pages. It took about 2 years for me to get there; shut down completely. That’s the emotional attachment and pain many of us entrepreneurs deal with. But sometimes you just have to let go.

I wouldn’t say there was a particular BIG mistake or mistakes. I think I had a lot of small things that added up and here I’ll list them.

There are a few things:

You can visit my blog, or check my YouTube channel!