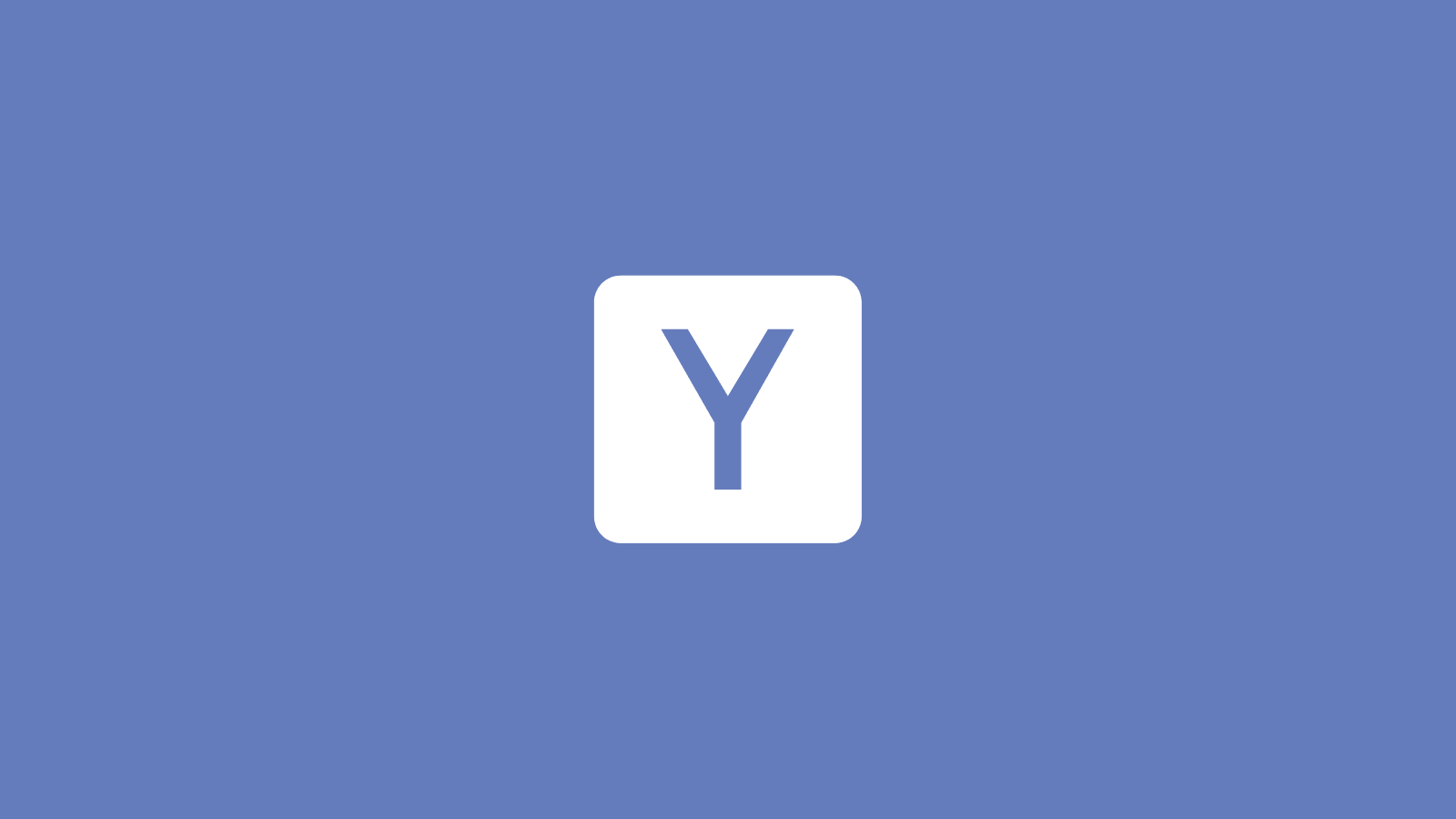 +400 YC-backed startups have closed their doors in the last 15 years. Here are some of these failures. 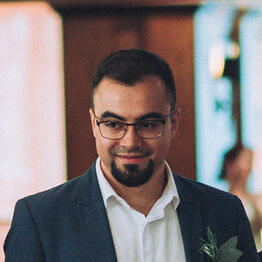 Y Combinator is (arguably) the best place in the world for an early-stage startup. Yet, this doesn’t mean all their projects are a resounding success. Startup failure rates are extremely high, and while the amazing network, know-how, and access to resources of YC can help their companies, there is no such thing as a guaranteed success in Silicon Valley.

According to the YC database, over the last 15 years (and 30 startup batches) YC has invested in more than 2200 companies. Out of these, there are more than 400 who are officially inactive. A 20% failure rate sounds amazing for the industry, however:

The truth is that a significant number of startups fail even if they benefit from the best possible conditions in the world. The goal of this article isn’t to put YC down, but rather to let all of us learn from the cases where things don’t go according to plan despite all the great preconditions for success.

Below you’ll find information about some of YC’s biggest failures.

What is YC and why are YC startups less likely to fail?

Y Combinator created a new model for investing in early-stage startups – they are the first-ever seed accelerator in the world. Before we start with the list of YC’s failed startups, here are the most important things you need to know about the accelerator and the value they bring to their companies:

What YC does and why it’s extremely valuable for startups:

Due to their history and success, YC’s accelerator programs are extremely popular. Each year the number of companies that apply and are accepted increases: in 2006, only 18 companies participated in the summer and winter programs, while in 2019 YC invested in and mentored 350 startups. Their acceptance rate is around 2%, which means that the total applicants for 2019 were around 17k – approaching 10k startups per batch.

Getting into the YC program is a huge success on its own, so it’s very important for the accepted companies not to waste the opportunity. We did a very interesting interview with Richard Wu, the co-founder of Simmer, who participated in the 2019 YC winter batch, talking about his mistakes during the YC accelerator program.

Atrium was an innovative law firm targeting startups and aiming to provide a better service than traditional law firms with the help of proprietary technology. It raised about $75M in funding in 5 rounds and was headed by CEO Justin Kan, the famous founder of justin.tv (later twitch.tv) with an exit to Amazon close to a billion dollars.

The Atrium vision was to create a full-stack vertical startup – to own the whole supply chain and to provide a complete A-Z legal service to clients. While this is certainly a viable goal in the long run (some of the biggest and most successful tech companies are full stack), it seems a bit foolish to try to achieve this right out of the gate. It seems like a classic case of premature scaling.

“Today is it not all about being more lean and agile? Being “full-stack” is surely the opposite of that.” –Brian Inkster, Source TheTimeBlawg

Atrium was burning through money very fast while failing to generate meaningful revenue. In an attempt to pivot, they decided to focus entirely on their technology and cut their legal division (the lawyers working for them). This move didn’t work out in the long run and when they failed to generate an economically viable (or at least promising) business model they returned the remaining money to their investors and decided to close doors. Ironically, after the final shutdown of the firm, the only surviving remnant is their still-working downsized legal division. The tech stack they were focusing on failed to generate any real value and as far as we are aware wasn’t acquired by another company.

uBiome’s goal was to use “Big Data and crowdscience to unlock the secrets of the human microbiome”. However, things didn’t go according to plan. The FBI raided the San Francisco offices of the company because of suspicions uBiome was billing its client’s medical insurance providers multiple times without the prior knowledge or consent of their clients. At the same time, they were pressuring doctors to approve tests.

uBiome was essentially trying to growth-hack their way to a higher revenue number without at the same time providing additional value to their clients (and at the expense of medical insurers).

Growth-hacking on the wild-west which is the internet is one thing, but when you try to use similar tactics in traditional, heavily regulated industries in developed, heavily regulated markets - that’s a recipe for disaster. The tech startup moto of “grow first, deal with the legal implications later” might not be ideal for all industries.

Judging from the fact that the company wasn’t able to secure more funding or even to find a buyer, it’s safe to assume that the technology and know-how they had was underwhelming.

The secrets of the human microbiome remain locked, for now, despite the Valley’s efforts.

Meta was making an augmented reality headset. Unlike the examples from above, a bit more happenstance is involved in their demise. The Trump administration’s trade war with China resulted in a failed funding round led by a Chinese investor, which put the company in dire straits financially. Their product was far from market-ready, so the lack of money in the bank meant they were forced to let go of most of their workforce. Later on, the bank holding the debt of the company foreclosed the loan and sold all of Meta’s assets.

Also unlike the companies from above, a buyer was found, which means that the technology that Meta was developing was valuable even though the company wasn’t making enough money to make ends meet on its own (yet). The information about the deal is not public, but the CEO Meron Gribetz mentioned that he was encouraged by the deal: “I feel like it’s a good home for the Meta assets, and that it could provide a future for them.” (Source)

While the tech developed by Meta could create value for its new owner and their clients, it’s extremely unlikely that YC and consequent investors in the company managed to recoup their losses.

The premise of Call9 was to enable patients in nursing homes to receive remote emergency medical consultations, hopefully avoiding the stressful wait for an ambulance and in an emergency room.

The reason for Call9’s failure is complex, but it boils down to trouble with the adoption of the “value-based care” business model – paying for the value provided, rather than the time of the specialist. The company was burning significantly more money than what it was making and eventually had to lay off its 100 employees. They tried to make partnerships with medical insurance providers on the basis of saving them money by preventing unnecessary trips to the emergency room, but even though this seems very reasonable, they didn’t manage to move the needle enough to keep the doors open.

Failure for the investors (YC included) doesn’t necessarily mean a full shutdown of the business.

Hardware businesses are capital intensive and usually operate on low margins, which means that any disturbance in the supply chain can cause a great deal of trouble. Boosted, who practically established the electric longboard niche with its successful Kickstarter campaign, was forced to lay off most of its employees when the Trump administration started the tariff wars with China.

The situation is dire not only for Boosted, however. Fellow YC-backed electric scooter startup Unicorn Rides (part of the very recent Winter 2019 YC batch) went belly up because of economic reasons. Competitor electric longboard manufacturers Inboard also shut down recently. And the e-bike startup Wheels was forced to let employees go despite raising $100 million in funding.

This is quite a clear illustration that even Y Combinator, with all of their muscle and know-how, cannot bend market forces at will. Even their big investments who have impressively managed to validate an innovative product are subject to political and market risks.

Even if Boosted manages to survive due to downsizing and hopefully improving market conditions, they are unlikely to miraculously start growing and claiming considerable market share. Their first-mover advantage is not particularly valuable if competitors outside of the US start producing a good-enough, cheaper product. All of this means that the $70 million investment in the company is in significant trouble even if the company doesn’t close doors.

Startup investors make their money from big exit events fueled by rapid growth (and, frankly, a monopolistic position in the market). Getting $70 million back from dividend payments of a downsized company is not viable. So, the more likely outcome is that investors will try to recoup some losses by selling their shares (or the whole company) at a large discount to another business interested in the niche.

Airware had innovative software that allowed companies (e.g. insurers) to review equipment for damages using aerial data. In theory, this allows them to avoid using more expensive alternatives like helicopters.

The company’s biggest problem was that the drones on the market weren’t sophisticated enough to send high-quality data to fully test and perfect Airware’s analytical software solution. So, in order to solve their problem, Airware invested massively in hardware development. This huge investment became completely obsolete when big Chinese drone manufacturers (like DJI) caught up to market needs.

With money in the bank running out, the company was struggling to raise additional funding to give them time to achieve positive economics. Failing to do that, they were forced to release their employees and sell-off their remaining assets to Delair.

The lesson of this story seems to be that, counter-intuitively, financial prudence is useful even in highly funded, highly innovative startups. With more conservative investments in hardware RND, the company might have had the cash to survive until the drone industry catches up to their needs.

The official story claims that the deciding factor that decided the fate of the company was the worker classification lawsuits against it (an interesting topic keeping in mind that Uber, one of the current startup giants, is in the midst of similar legal problems).

Keeping this in mind, it seems that Homejoy was also struggling in many other areas. It had very high customer acquisition costs, which proved fatal when combined with extremely low customer retention (only 25% of users used the service after the 1st month) due to a high variance in the quality of the service. Worker retention was also bad because of high competition (e.g. Handy). 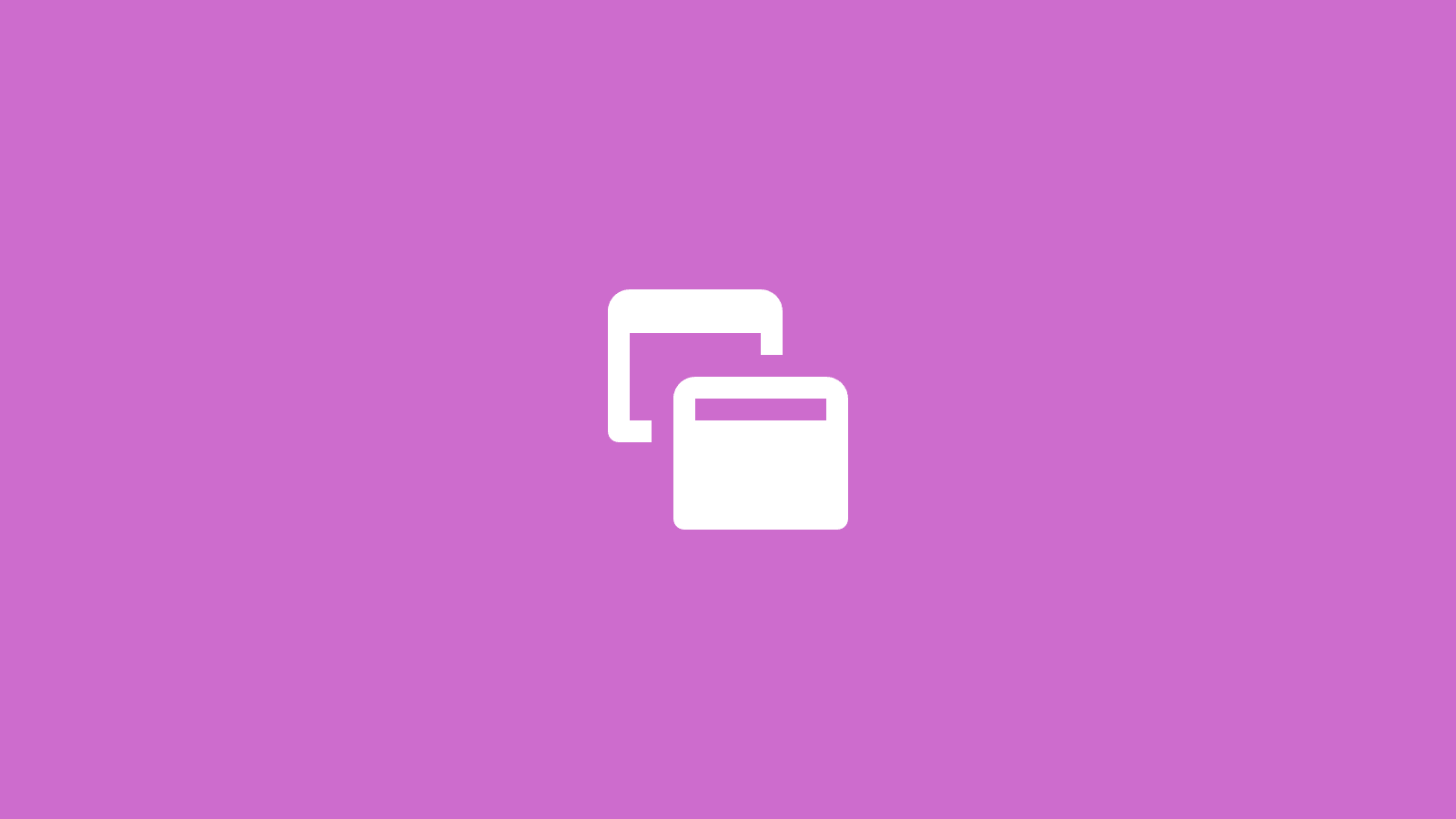 Unlimited Design Services: The Best 15 in 2021 (+ Discounts)
What are unlimited design services, with who are they a great fit, some things you must consider, and reviews of the best 15 ones (+ discounts). 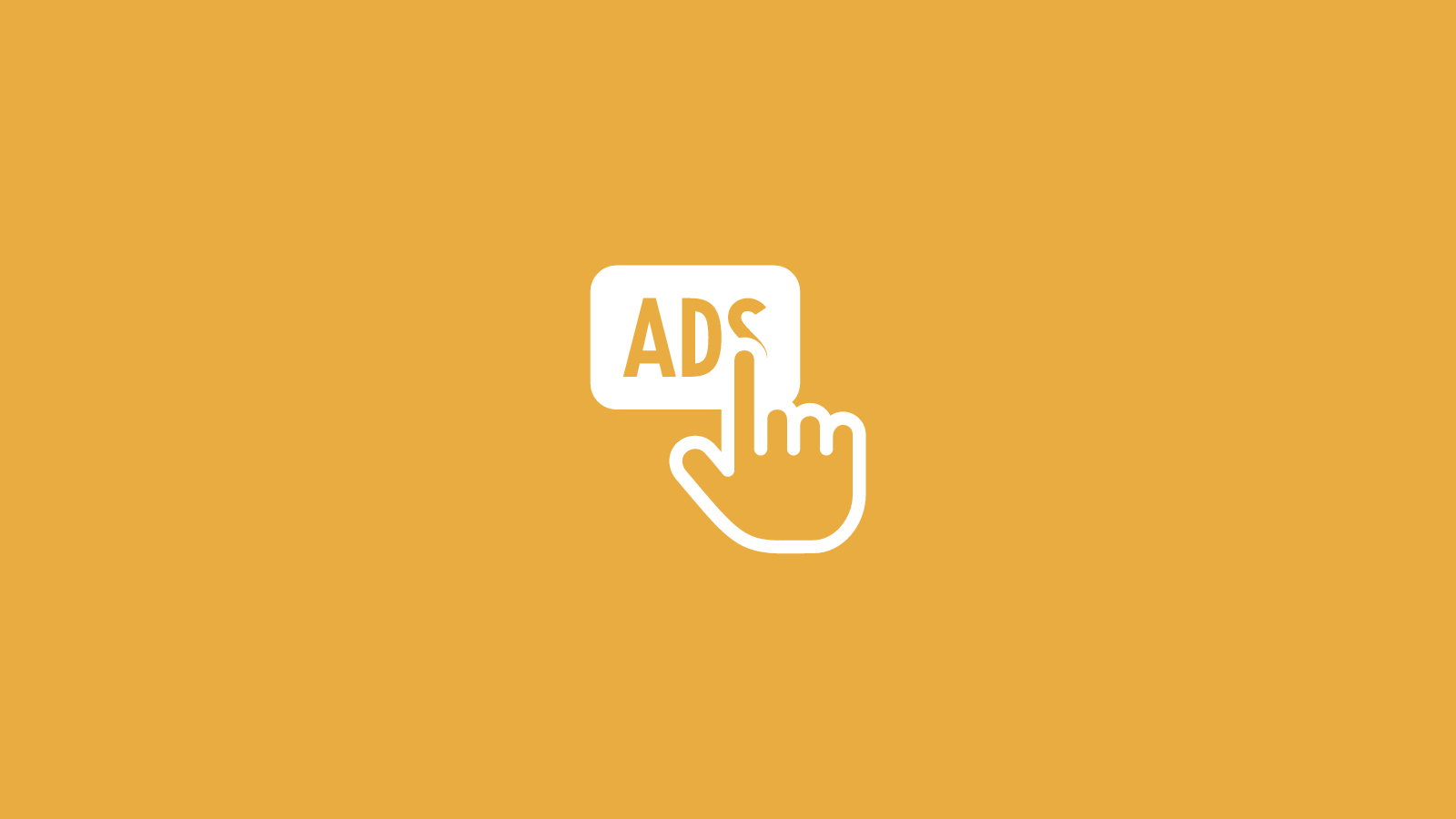 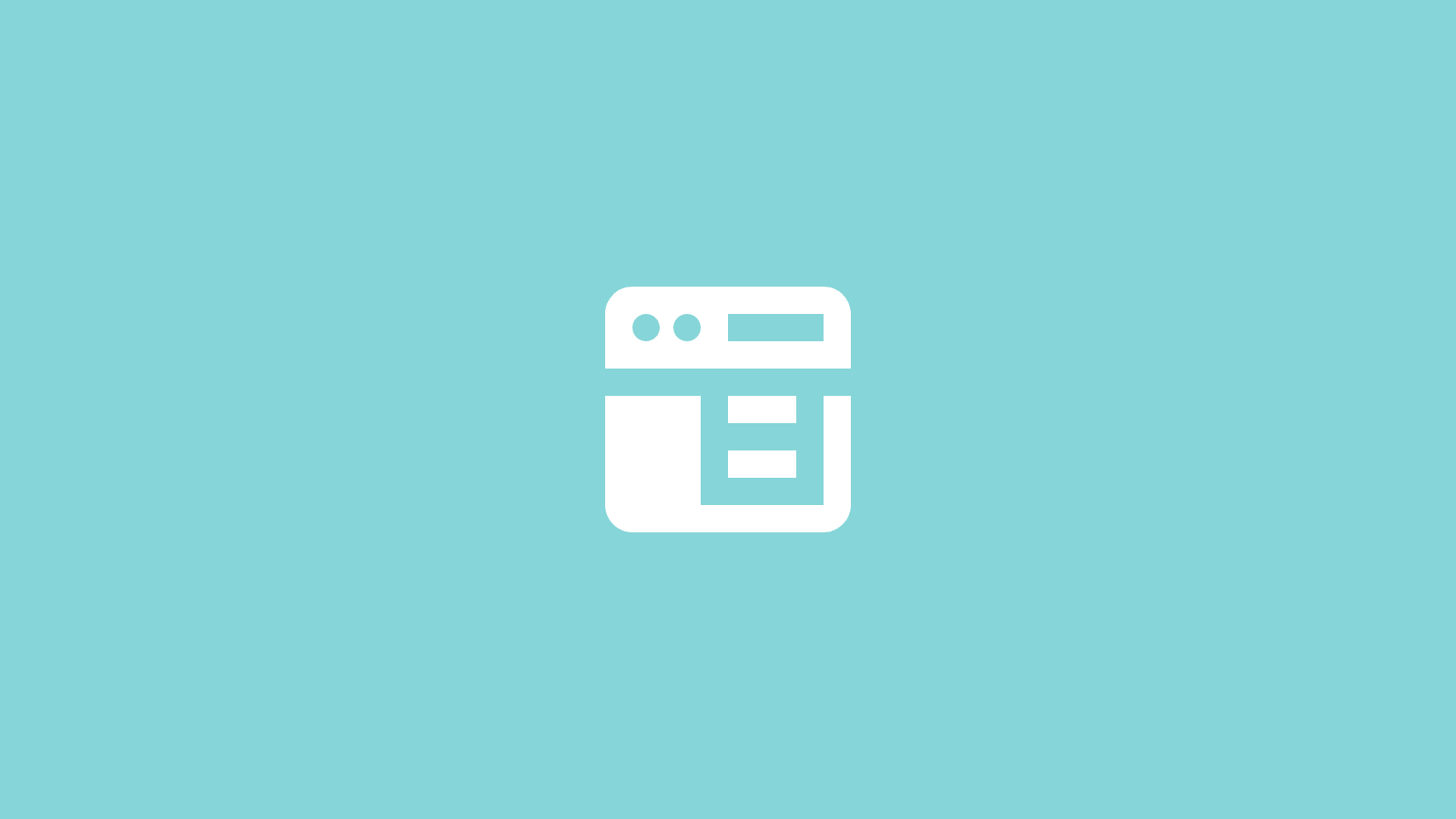 DesignJoy Review: My Experience + 10% OFF Discount
DesignJoy is an unlimited design service. We tried it for one month and got our website re-designed. Here're our thoughts on the service and a 10% discount. 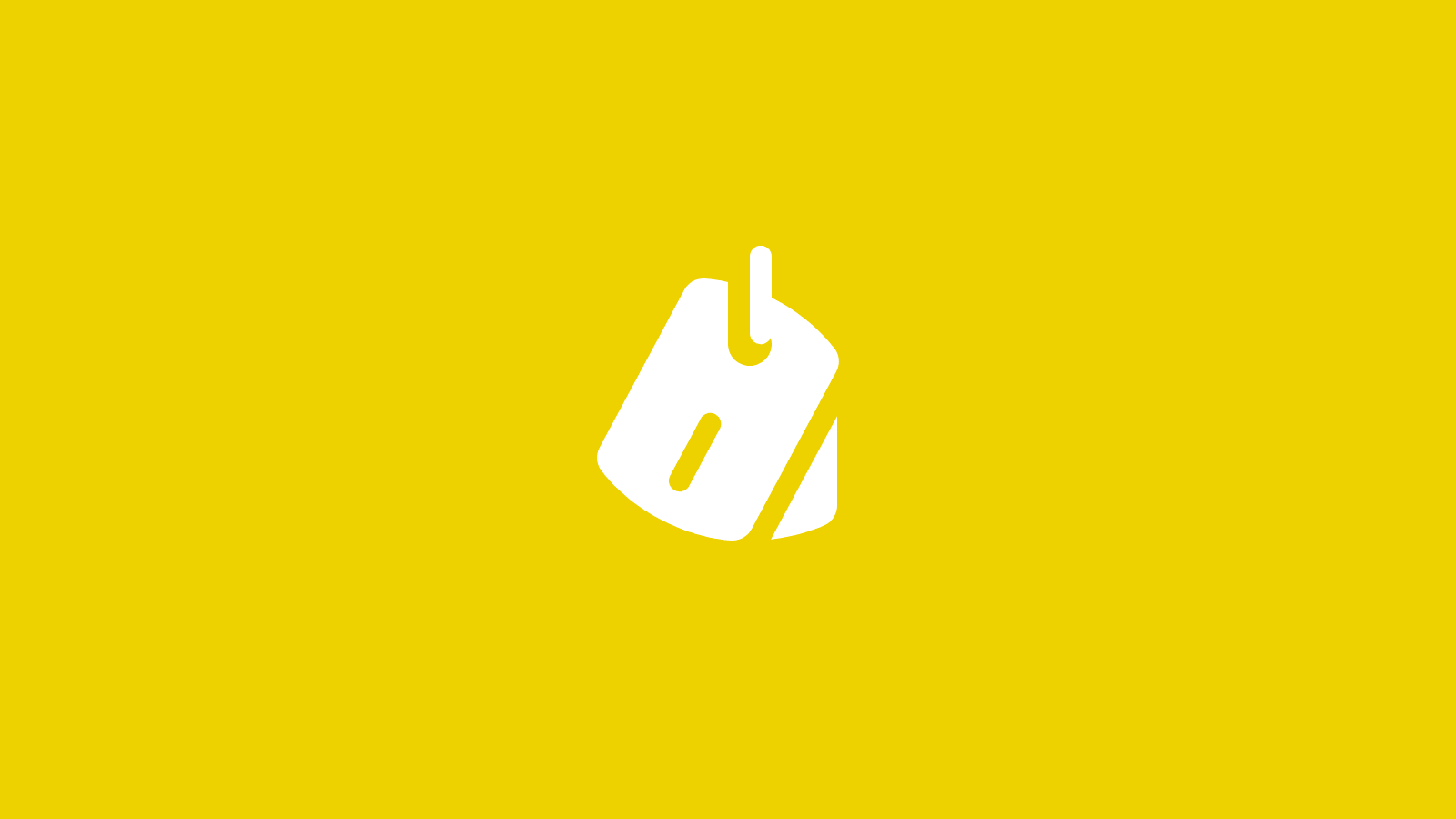 Naming a Startup: The Definitive Guide [2021 Update]
Naming a startup tends to be one of the most difficult decisions when starting. Here's our guide on how to choose a cool, memorable, and strong name.
The All-In-One Newsletter for Startup Founders