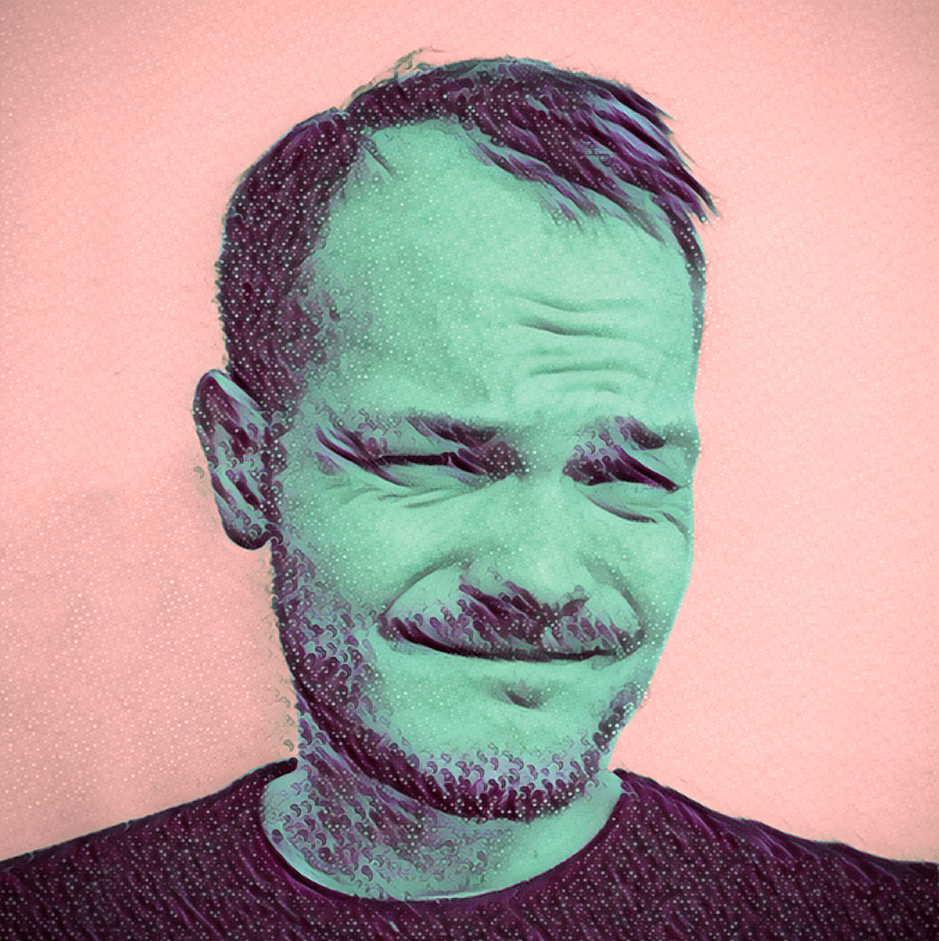 Mikkel created 10er, a Patreon-similar service for Danish creators. He built it as a Rails app and soon launched it on his podcast, where he already had a target audience. During the last few months, the site has grown a lot and almost reached the $2,000/month goal.

Hi Mikkel! What's your background, and what are you currently working on?

Hi! I am currently working at Elastic making sure our APM solution is as good as possible for people with Ruby apps. Elastic is a great company and a lovely place to work (and we’re hiring!).

On the side, I’ve built and run a few side projects. Creating things is a very meditative thing for my brain, so I have to make a conscious effort to keep the number of projects down.

The most successful of the side projects have been 10er.co, a Patreon-ish service for (mostly) Danish creators. 10er is the perfect side project: It solved one of my own problems, it’s making a nice bit of recurring revenue and it takes very little work to maintain.

Like many others in our industry, I’m self-taught. I started a university education some 10 years ago but dropped out to try my luck at stand-up comedy. Did that full-time for a few years with the occasional programming contract on the side. Then, at some point it became tiresome to keep fighting to get by from comedy when I loved programming just as much and programming is way easier to make a living from.

Doing stand-up comedy was what led me to create 10er. 7 years ago, I asked my friend and fellow comedian if he wanted to do a podcast with me. Few people listened to podcasts back then, let alone knew what they were. Since then we’ve recorded 262 episodes and have recently ended the project.

Along the way, we took donations from our listeners. One-time donations were fine – we were of course stoked that anyone would give us money for something they already got for free.

But one-time donations were hard to plan anything around. And we didn’t want to keep pleading for donations. Then Patreon popped up and the model seemed like the perfect solution. Instead of sitting around waiting for donations, the donators subscribed to donate, giving an amount they decided themselves per episode we released.

I never created a Patreon account for us though. Everytime I began I never finished signing up. The whole thing just seemed like a hassle. Too many input fields and things to consider and graphics to provide. Patreon expects creators to create more content for patrons. We felt we were already giving away lots with our already free content.

So, being a programmer (and perhaps naive), building my own service as a side project seemed like the easier solution.

I’d recently made another side project using Stripe for the first time (Motherload.dk – a webshop selling Danish comedy shows as digital downloads) and the experience of using Stripe was such a joy that I kind of felt like I could build anything. I still feel like that. What a wonderful service and company. Highly recommended!

I built 10er only for my own podcast but in such a way  that if somebody came along and wanted to use it for their own project then it wouldn’t take too much of an effort. The first month 10er charged money was December 2014 and about half a year later the first other project joined.

I built 10er as a Ruby on Rails app. Ruby and Rails are amazing things. I strongly believe that if I’d built it in anything else it might’ve never been done.

I think it took about a month of work on the side and consisted of as little as possible. A signup form with a credit card and email fields, an account page listing subscription and a script to charge people once a month for the previous month’s released episodes. Doing as little as possible was on purpose.

Podcast audiences (at least ours) are a very loyal and engaged lot and I think it helped a lot that they knew the service was built by me for us. So when my charge script went rogue on the very first run and charged some people multiple times when it should’ve just charged once, people were barely anything but amused that I’d made such a stupid mistake.

I’ve found this to be the case every time I’ve messed up (lost count!): Respond quickly and honestly. Don’t get defensive or shovel it under the rug. Most people will forgive you if they can sense that you are genuinely trying to do good.

As 10er was launched through and for my own podcast I already had a platform and target audience. Since then I’ve taken in other projects (136+ as of writing this). As my biggest obstacle is finding the time to work on 10er, I’ve kept my marketing efforts to only target projects, letting the projects themselves attract donors.

I’ve tried some content marketing-ish blogging. Even hired a friend to interview projects, but in the end I think most (if not all) projects found 10er through some other project using the service. Podcasters usually listen to a lot of podcasts themselves. Lucky for me.

I’ve recently opened up a lot more about the project, sharing my income and expenses on the site and saw a nice bit of interest from that. At this point, it seems to me that my most impactful way of marketing will be sharing as much as possible. Creative people are attracted to other people’s experiences and creative people are my target audience.

Finding time is the biggest obstacle in expanding 10er and the other side projects I have. With a full-time job and 2 kids (son 4 years, daughter 10 months 🤯) free time can be hard to come by. This reality has forced me to make 10er as autonomous and small as possible.

I still don’t have a custom admin interface and still do some things manually in the terminal. Project sign ups still go through me personally for instance. It’s almost like forced non-growth. I tell myself that this is both a curse and a blessing. I’ve personally connected with and spoken to every project using the service and have never had any problems with abuse or the like.

My biggest disadvantage is being alone. When I don’t have the time or motivation to work on 10er things stand completely still. I always do support of course but development grinds to a halt in periods.

I’ve recently found a freelance junior coder to help me on the lower-risk tasks. She has already made a few pull requests that are in production.

I suffer from having an opinion on most things and therefore want to do most things myself. Outsourcing marketing or support or that sort of thing has always seemed like a risk to me.

Wanting to do everything myself is definitely a disadvantage. But it’s still manageable, at least for now.

During the process of building & growing 10er, which were the worst mistakes you committed?

Handling people’s money and credit cards make everything a lot more serious so mistakes feel like your entire world is breaking up. I’ve had made a few stomach-turning mistakes:

The first time I ran the charge script, it wasn’t idempotent. That is, when a charge failed (for some reason. They do a lot, I know now) the entire script would start from the beginning charging everyone again. When I realized what it was doing, it felt like sweat sprung from my entire body like one of those garden sprinklers. The fix was to make the script look for existing charges before charging. That way it never charges twice for the same donation.

Still, both times only a few people didn’t accept my apology. I think I had 2 or 3 users leave from those accidents. Everybody else was very forgiving and appreciated my swift response and openness. Always be humble and honest.

I’m not sure I could’ve done things differently. That’s not really how I think. I’ve been lucky along the way. I’d of course have avoided some mistakes but what are mistakes but really intensive learning. I’m lucky to have a pretty forgiving conscience. That means I’ve always been late on school papers or deadlines. But it has also allowed me to forget my failures or at least laugh at them pretty quickly. That’s one of the things you learn doing stand-up comedy. Everybody experiences bombing and when you do, you’ve never felt as terrible before. But then you get over it. Repeat until you have no fear of looking dumb left. I recommend everyone try sucking at stand-up at least once!

I’m often telling my current self that I should try and work some more on 10er instead of spreading the few spare hours I have on multiple projects. Maybe I should start listening more to him.

I’d suggest trying a lot of ideas. Doesn’t matter if it’s been done before. Even better if it’s obvious how you can earn money on the idea. Stripe is so, so good. Use their platform(s). Rails is so, so good. Use it. Or just use the thing that you know already. Don’t listen to all the “X doesn’t scale” or “real developers use X” bullshit. Use boring tech. Or exciting tech. In the end the language or framework hardly matter to you users.

Keep being curious and experiment. Build things just because. Look up people who are successful in ways that speak to you. You don’t have to agree with everything they say but inspiration can come from anywhere.

For more on 10er, go to 10er.co. To see the numbers, there’s 10er.co/open (inspired heavily by @levels’ nomadlist.com/open)

I have a portfolio-ish website at brnbw.com and a personal website here. I’m on Twitter as @mikker and my email is fairly easy to find. Happy to answer any and all questions you might have. I like helping out so if you think I can help you with any technical, career or product questions don’t hesitate to ask ✌️

Thanks for reading all of this and thank you Rich for the opportunity.