ABBY: Here’s What Andy Has Learnt 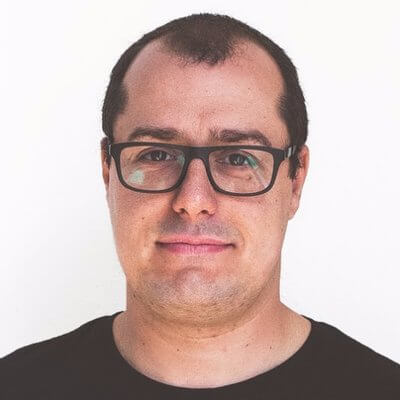 ABBY: Here’s What Andy Has Learnt

ABBY was a documentation service for A/B tests. To make such a service successful, Andy would have needed to educate the users, and that was not possible.

Hello Andy! What's your background, and what are you currently working on?

Hi! I’m a data scientist for four years now, and I’m currently working at AdTriba, a marketing attribution tool. I’m somewhere between a data scientist and a programmer, so I’m constantly trying to combine both skills and create something useful. Unfortunately, no project has come to fruition yet. My biggest side project so far was ABBY, a documentation and evaluation service for A/B tests.

What was ABBY about?

My first job was at Jimdo, a website builder company. I did lots of A/B tests there. Even though the concept of an A/B test is simple, it’s not that easy to do it right. And the more tests I evaluated, the more I realized that people neglected documentation of results. In my experience, the results were so valuable because they allowed me to have a knowledge of what worked and what didn’t.

For this reason, I built an internal tool to solve this problem and to evaluate tests automatically. My teammates liked this tool, as they stopped needing to evaluate their tests manually. Instead, they just needed to fire a SQL query, and the tool did the rest. Documentation of A/B test resulted in great benefits, too. It was so much easier to argue on what we did, how it worked and what the next steps were. Also, many co-workers found this documentation useful as a source of inspiration for what they could do next.

Seeing how successful this tool was at Jimdo, I decided (with the permission of my CEO) to turn it into a stand-alone service, called ABBY.io. It took me almost nine months to launch it. Someday after an exhausting coding session, I decided to pull the trigger in a “f*ck it, ship it” moment.

How did you grow ABBY?

First of all, I posted ABBY to the usual social platforms. Twitter, Hacker News and relevant subreddits, but traffic was modest. Additionally, I had some free credits for Google AdWords, so I used them for a test campaign. The keywords for A/B testing are really expensive, so the campaign didn’t result in many clicks. But the traffic was more targeted than social traffic, so I was able to convert some visitors (ABBY was free-to-use, that helped a lot).

The biggest growth occurred when someone hunted ABBY on ProductHunt. That resulted in about 20k visitors and about 100 sign-ups. ProductHunt has a diverse audience, and ABBY was a niche site, so conversion rate was pretty low. But I was satisfied, as 100 sign-ups were more than I needed to validate the idea of the service.

Which was the problem with ABBY? How did you realize?

I think the main problem was that most people didn’t realize the potential a documentation service for A/B tests has. To make such a service successful, I would have needed to educate the users, and that’s not something you can do before you offer any value to them. A service must provide value right after signing up for it. If it doesn’t, users will abandon it in a blink of an eye.

I was unaware of how difficult it is to grow a B2B business, even more, if it is a niche product. Also, I was not well prepared for launch; there was no strategy. Promoting a product is hard. Doing so without a plan is virtually impossible.

I think the biggest problem was the competition and the tool landscape in general. You can run A/B tests in Google Analytics which is integrated into nearly every website. If you want to do more serious testing, Optimizely is the standard tool, and they offer end-to-end A/B testing; from design to implementation to evaluation of a test. You can also implement A/B tests completely on your own and use one of the countless free tools to evaluate them.

I would start smaller and gather feedback before building anything. A B2B service is incredibly hard to grow as a side-project or for solopreneurs in general.  “Build it, and they will come” is a big fallacy. Finding customers can be incredibly hard. And even more, if your customers are businesses, not individuals.

Also, I tried to do too much with few resources. I only had a handful of hours per week to invest in the project. Combine that with web design, the backend part, promotion, etc. and it’s overwhelming. I considered outsourcing some of this stuff to freelancers. That way I could have focused more on my strengths and avoided getting frustrated.

I learned a lot of things from this project. The most important one was that I need better and faster ways to validate ideas. I worked for months in my little echo chamber without any real outside feedback. It’s hard to stay motivated throughout this phase, and it’s heart-crushing once you hit the outside world and nobody cares about your product.

Also, you don’t just need a product, but a detailed plan on how to promote and grow your business. I didn’t know much about marketing before starting ABBY, and I think a lot of other wannapreneurs have the same issue, but it is necessary to achieve success with your startup.

Start small and find people from your network (or online) who might be good customers. Tell them about your idea and ask them if they would be willing to pay for a service like that. It’s really important to validate your idea quickly and build as little as possible before you know there is a market. In my case, I spent months building a software no one used in the end. That is a depressing experience that you should avoid.

It’s not a business or marketing book, but I’m a huge fan of “Thinking, Fast and Slow” by Daniel Kahneman.

You can learn a lot about the way in which the brain works and apply this knowledge in the business world. Furthermore, you will be able to analyze every startup success story knowing you have just witnessed survivorship bias.