Addressbin: Problems of Being a Technical Solo Founder 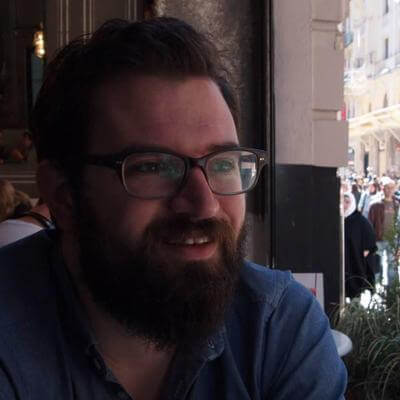 Addressbin: Problems of Being a Technical Solo Founder

Addressbin was an easy way to collect email addresses. Bad marketing and big competitors where the problems that dug its grave.

Hello Adam! What's your background, and what are you currently working on?

I'm a software developer, and I make a lot of websites. The most successful of these so far has been Later for Reddit, a post scheduler for Reddit. But I was asked to talk about a failure, and out of my menagerie of these I've chosen Addressbin.

Addressbin actually still exists, so I guess it's still in the process of failing. It started as an easy way to collect email addresses, mostly (as is my habit) as a way to provide myself a facility to do so for free and then expanded to allow other people.

Having collected all those email addresses, it was a short step to allow people to send emails to them, which I implemented by making a special address for each list that would forward your message to each address, and just like that, I invented the Mailing List.

I added a few more features (Drip messages, opt-in forms) but ultimately at this point, I was competing with Mailchimp and everyone else and decided to stop working on it. It's still up and running fine and requires very little input on my part.

How did you grow Addressbin?

If you build it, they will come, right? Well, after that didn't work, I tried many other things, including:

My nearest success was the Opt-In Form Generator, a free attached tool that actually gets a fair bit of google traffic. Unfortunately, it hasn't performed as a way to get people into the product, probably because it's something that's useful mostly to people who have already landed on a provider. I tried the free tool route a couple of other times, but that's the only one that people were actually searching for.

My biggest mistake is that I really don't want to do anything but write software, and that only works if your product is so narrowly focused and immediately useful that it practically sells itself. I guess this is the usual mistake for a technical solo founder: I made a thing that nobody really needed. We're trained to make our software as general as it can reasonably be, but for the purposes of operating a small business, you really need to target a small niche, which I was never able to find.

I have no idea how to market, and no inclination to learn, and in the end, I wasn't motivated to change that for this project. Marketing can mean a huge range of things -- everything from buying display ads, to approaching people on the street, and everything in between (including, for the sake of irony, email marketing). I just don't like bothering people!

Oh, hey, actually, the real disadvantage is that, given the above, I made a tool that's primarily useful for marketing. If selling is hard, selling something you have no interest in is harder!

Nothing really, except to spend my time on something else. At least I learned from the experience.

If you're that curious you can head to Addressbin website, since it's still fully operational. Or, you can browse my morgue file at my website.