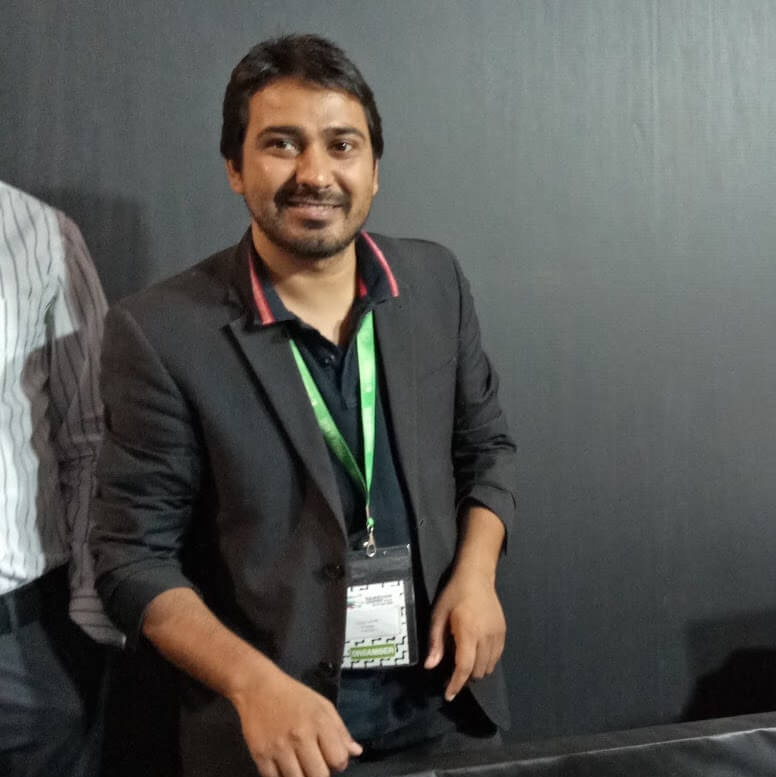 Back in 2013, Chetan Vashistth founded his first startup business called “Adleaf Technologies”, a blend of programming bootcamps and software solutions. Business was good for a while, but the challenge of multiple bad business decisions paired with failed money management proved to be the business’s demise. In this interview, we will talk about the lessons Chetan learned the hard way.

Hi Chetan! What's your background, and what are you currently working on?

I am a 32-years-old software engineer; I’ve been working in software development for the past 12 years. My first job was in my own startup, which I started along with some college friends in a college incubator. I quit that once I got a permanent job and my parents didn’t allow me to work at a startup any further.

I then served the Govt, started and failed multiple startups, and then joined my friends in their businesses. Nowadays, I’m working in an MNC Software company on AI and blockchain technology.

Today we are discussing my first startup, Adleaf Technologies, which I started in 2013. Adleaf was a blend of programming bootcamps and software solutions. We admitted a few fresh engineers and trained them on web and mobile app development. We then gave them our client’s work to complete, being able to deliver dev work at a low cost.

We then hired a few engineers from our bootcamp to work full-time with our upcoming batches and the rest were hired by our partner companies and job consultants.

It was a perfect business model for a bootstrapped company like ours.

What motivated you to start Adleaf Technologies?

Being honest, these were the three main reasons why I started.

Initially, it was money that motivated me. However, to be able to drive a startup in the long term, the motivation behind it must be something else. For me, it was that continuous kick from inside that would make me be high without using any weed. I can talk about startup ideas, plans, world-changing businesses and projects, and all similar stuff, for days.

It was late-2011 when I got a call from one of my founder friends offering me to join his telecom company. Telecom was doing it great in those days and all the businesses in the industry were making good money. We met that same weekend and I was convinced to leave my Govt job and started working with him. I told him up front that I wanted to start my own stuff very soon and he said that his company would be my first customer.

I joined his telecom company in the first quarter of 2012 and started working on a mobile app that could help site engineers to capture a few network parameters and create a site survey report. We came up with the first prototype quickly and got a great response from the market.

2012 was a roller coaster and we made some good money for all of us. During the off-seasons of telecom (we were working on passive infrastructure work so our work was a lot seasonal during those days), I quit the company after one and a half years and started Adleaf Technologies.

That same week, a close family friend visited me and asked about what I was doing. I told him about my recent work experience with the latest company and also told him about my upcoming plans. He became really interested in Adleaf that day. The following week, I received a call from him telling me he was interested in investing in the startup. He asked me how much money I was planning to invest in it, to which I answered that half a million Indian Rupee (+$6600 USD). He offered another 500k and asked for a 50-50 partnership.

This man came from the real estate business. He had a lot of money so I decided to accept it. At the same time, he offered us loans with really low-interest rates which were really helpful. That same day, I called my CA and requested him to prepare the papers for our new company. We came up with the name: Ad(vance)Leaf Technologies Pvt Ltd.

The company got registered and we did our religious rituals in our newly designed office which we had made with an INR 100K investment - that was the first mistake, but I was convinced by my co-founder that old furniture would give a cheap look to our office.

We bought computers, printers, and Macs. We were spending a lot on infrastructure. I invested INR 150K till then and my partner had given INR 300K. We were down with INR 450K before getting a single penny in revenue.

The next day, we went to a printing shop to get our marketing material designed. We got our pamphlets, identity cards, visiting cards, office stationery, and marketing flex hangings.

First of all, we needed to bring students to our bootcamp. To do so, we started with pamphlets in newspapers and did some flex hanging at the most crowded roads. The morning after we hanged them, there were no banners. The municipal corporation’s van had picked them all.

We again went to the same printing shop and ordered more material. This time luck was with us and we came to know that it was a monthly drill from Municipal corporation; at least we had learned,

We started getting calls from students and many parents. We got our first admission in the very first week. Our first batch started with the strength of 7.

Soon, we hired our first employee: an intern that had worked with me at the telecom company.

After getting a little money in revenue we thought about spending more on advertising. We went with a Facebook advert and the response was great. We almost rocked it and got 43 new admissions in the following week.

At that point, we were running 5 batches a day and had got all the money that we had invested back in just two week’s time. A brilliant start by any means. We stopped marketing efforts, because we had a pipeline for the next 3 months.

Which were the causes of Adleaf Technologies failure?

We started in September which is the time most students start looking for job opportunities after they have failed during campus placements, so timing was on our side.

December & January is examination time for engineering students. Our running batches finished in December and then the exam started followed by a 15 days semester break.

We didn’t have running batches at that time because we had put our focus on the wrong things; we were completely dependent on college students and weren’t hadn’t tried to get students who had just passed out from engineering.

We completely ignored the sales pipeline for development projects and now we are also lacking on that front. We only did a small website jobin a complete 2 months period

All this made my partner uneasy because he had seen huge money in the first 3-4 months and now all the money was draining into day-to-day operations.

We were eyeing on college opening in March 2014 and my partner was looking to get all his money back (as much as he could, if not all). Things started derailing from there.

Had no money to give advertising push and also didn’t get internal approval to hire a business development team.

We failed due to very obvious reasons; lack of experience was among the main ones.

This is how events proceeded:

Here are the main mistakes:

Some challenges we faced were:

The biggest expense was in machines and office infrastructure, which we purchased upfront. Second huge expense was office maintenance on a month to month basis.

The only advice to my previous self is to hold on and learn money management. I would stop myself from working without pay and would ask myself to be blunt whenever it requires. I’d tell myself that the company is above all kinds of interests and all personal relationships; I was the CEO and running this company was my only job.

I wish to have spent more time with my customers at the beginning. I would also like to have done my favourite exercise of planning five years ahead and then backtracking till the next coming month.