Aura: Bootstrapping a SaaS Tool to $14,160/Month while Studying 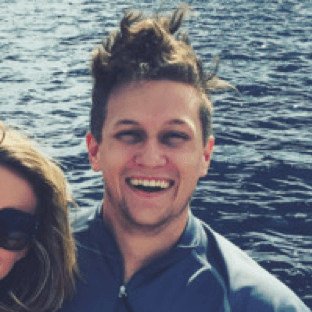 Aura: Bootstrapping a SaaS Tool to $14,160/Month while Studying

Dillon is a Finance student who is co-founding Aura, a SaaS tool that helps Amazon sellers reprice their inventory to increase sales using AI. As both Dillon and his co-founder had been running Amazon business for some time, they already had some audience before they started, which, combined with word of mouth, have meant a monthly revenue of $14,000.

Hi Dillon! What's your background, and what are you currently working on?

I grew up in Florida without much exposure to entrepreneurship or business until I met my step-father who owned a wedding company. I also saw the value of owning a company but never cared to learn about the mechanics until I became obsessed with reading business books and understanding the systems that made them possible. It also helps push you forward when you realize you’ve accomplished nothing for 5+ years “playing” business, rather than doing it.

Fast forward a few more years and I’m finishing my degree in Finance full-time and running a SaaS tool that helps Amazon sellers reprice their inventory to increase sales using AI. I can finally say that I’ve found a business that I’m passionate about driving forward.

My background is being an Amazon seller myself and growing a rather large wholesale operation where I purchased goods directly from brands and sold on Amazon. Having this deep knowledge helped my co-founder and me to build an amazing product that we would want for ourselves. Even if we failed, we would still use the product.

I met my co-founder on Instagram oddly enough. We were both Amazon sellers but he was a bit further along than I was. We would meet once a week to hold each other accountable to our goals and talk strategy.

He had already started developing our first product, which is a CRM tool for wholesale Amazon sellers called Vendrive CRM.

We started working together on the project but quickly realized we had the skillsets to do something larger. That’s when we had the idea of building an intelligent repricing tool that put engineering and data over sales and started working on Aura. We were fortunate enough that our monthly expenses were so low that Vendrive actually provided enough cash flow for us to fund our time developing Aura and getting to our launch day. It was painful but focusing on delayed gratification is a founders secret weapon!

How did you build Aura?

The process took a little over a year of development, just to get our MVP launched. Typically, this isn’t recommended but what we’re trying to accomplish is very data heavy so we spent the extra time focusing on optimizing our architecture and building a data warehouse. We still launched with a few features not available. We started asking if we needed any of the remaining features for a user to successfully get the outcome they wanted from the tool. If the answer was no, it was left on our backlog and we geared up for launch!

Here’s a “launch” video we made that you can include if you would like.

Only one of us is technical as well. My co-founder built our entire platform by himself while I focused on revenue growth for our first tool and building our audience.

To launch Aura we had built a very large Facebook group by providing daily value to 5,000+ people. This gave us a direct line to a targeted audience that already knew and trusted us. To “launch” the product, we teased the launch for about a week and then hosted a Facebook Live event with an exclusive offer to the first 100 users, which were claimed very quickly.

Before we started working on Aura, we built a very large Facebook group/community (7,000+) with our target audience. Because we’re bootstrapped, we used time, instead of money, to acquire users. I shared everything I knew and was learning about selling on Amazon on our blog and sharing with our group. Eventually, other sources began picking up the content and sharing in other communities.

From there, we saw an opportunity to launch a weekly podcast specific to wholesale selling on Amazon, which is a specific business model that Vendrive CRM serves.

The combination of great content, a valuable podcast, our own community and a fantastic product allowed us to quickly launch Aura with greater ease.

The biggest strategy that I believe we deployed was getting people to know who we are as people. It’s hard trusting a brand new tool that hasn’t been tested yet. We made sure that was a non-issue for our users.

Now, a lot of our growth comes from our users sharing their success with our tool - by increasing their Amazon sales - in other Facebook groups, on Instagram and having influencers testing our products and sharing their reviews on Youtube.

When you build a great tool, influencers tend to come to you, rather than you tracking them down (hats off to James for that!).

Our goal is to have a positive impact on our industry. It’s an industry flooded with “guru’s” and tools that charge incredible monthly fees for simple tech. Instead of following best practices as you would in the tech or SaaS world, they follow the “Marketing”-hype train of massive launches and little outcomes for their users.

Instead, we put more resources into engineering/development over sales. The way we see it, if a user is not better because of us, we shouldn't exist.

Where we are now: We’re trying to climb Mt. Everest, but we just started unpacking at basecamp.

Where we’re going: The only choice for repricing your Amazon inventory and a truly innovative company.

I find you only have one of two problems: time or money. In our case, it’s time. Although we’re bootstrapped, we’re two very resourceful guys but college can get in the way when you’re trying to get it done as quickly as possible.

As an example, James is in his last semester for his Master’s in Engineering and spending this semester researching ways to regenerate neural networks if they become corrupted. Oddly, that correlates with what we’re doing at Aura but that also requires deep work sessions.

Luckily, he graduates in the coming weeks and our little obstacle won’t be a problem anymore.

I’m incredibly happy that we’re bootstrapped. It made us focus on revenues from day 0. I find that’s very understated. In the early days, bootstrapping makes sense but at some point, you may need to raise money when the ROI is clearly positive.

As an example, if our paid ads are well below 1:3, CAC:LTV, we would be giving up a positive investment in our company. Being bootstrapped can mean that you capture only a percentage of that opportunity.

At some point, raising money may make sense. Not now, but maybe at some point.

Outside of that, this is our first tech company as entrepreneurs. We both run successful small businesses but this is a whole new level that we’re excited to learn about. It’s the Dunning-Kruger Effect, where your confidence is too high when you know little and becomes more realistic when you realize how little you actually know.

Now, it’s learning and applying everything that we’re learning to build the company we’ve always wanted to build.

As cliche as it may sound, I would not change a single thing we’ve done so far. We’ve learned a ton from our “limitations”. Answering support tickets while in class or having a lack of time more generally has allowed us to ask better questions and focus on staying lean.

It’s easy to decide to hire another person but that’s how you easily build a bloated company. Instead, we ask how could we get it done with what we do have.

It’s easy to over-indulge in knowledge these days. With listicles sharing 50+ books you should read this week, it’s easy to feel like you’re falling behind. There are a few great resources like groups of entrepreneurs who actually run companies or highly recommended books from people that you respect like Tim Ferriss or Ryan Holiday.

I read at least 30 minutes every single day but the majority of my time is spent growing and running the business over fantasizing about doing so. You’ll learn far more from your own failures than you will by learning from other’s failures. Some things you just need to feel yourself to understand.

Our podcast is called Wholesale Made Easy, you can find our CRM tool at Vendrive, and our AI-based repricing tool at goaura.com.