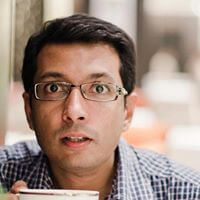 Autto.in was an on-demand doorstep car service provider, created by Deepak in 2017. Soon after launching, a co-founder joined him and they started marketing the startup, spending a lot of money in customer acquisition. As money burnt, they decided to reach investors, who put them pressure in growing fast. After some months, they decided to shut down.

Hi Deepak! What's your background, and what are you currently working on?

Hey Failory! My name is Deepak Murthy and I am a mechanical engineering who has worked in various roles in the automotive industry for 12 years, ranging from design engineer to software developer, and currently residing in Bangalore, India.

I am currently working at a media company in India, managing the engineering group as Program Manager. But before this, I failed to build Autto.in.

Autto.in was an on-demand doorstep car service provider, which operated in the city of Hyderabad, India. Our service consisted of sending mechanics to the doorstep of car owners who required general maintenance services, such as oil change, spark plug change, battery change, among others.

As a car owner, I used to find going to the automotive dealer garages very expensive, as my car was out of warranty. And, apart from the big costs, I had some bad experiences with an authorized garage.

This motivated me to solve this problem by myself, by asking mechanics to visit me and fix the car in front of me.

What went into building the initial product?

I began the business, by first figuring out how to procure genuine auto parts. In India, retail availability of genuine car parts is a big challenge, given that many spurious parts are sold, making it hard to differentiate them from the original ones.

Luckily, a few phone calls to Bosch, got me into meeting their local sales head who helped me to get in touch with genuine distributors.

In parallel to this, I started searching reliable mechanics. My idea was to start with just one mechanic, full-time hired and based on traction & demand expand. I was lucky again, as, after screening 8 candidates, I got a really good one.

I initially called the company GeniusMechanic and bought the domain on GoDaddy. The idea was to make it SEO friendly and get customers by ranking for different keywords. I built the website really simple, using Tilda. However, after receiving some feedback from friends and customers, I decided to rename GeniusMechanic to Autto.in.

After getting some customer traction, I decided it was time to build a website with a booking feature. Again, without coding, I was able to do it really quickly, using Bubble, which is a UI based app builder, and Chatra, which allowed me to embed on the site a chat application to receive customer bookings.

The first strategy we used, was really simple. It consisted of distributing leaflets across a small community of 2000 houses. Given that we converted only 1 customer, we decided to try other strategies.

The next strategy was guerrilla marketing, which consisted of setting up car service camps in large apartment communities, with more than 2000 flats. This method proved to be very successful in attracting new customers, but it was really expensive.

On our very first stall, we provided services to 25 cars in only two days, which was a much higher conversion rate than the leaflets. But at the same time, the cost per customer acquisition was at $12. Moreover, we also conducted some service camps on weekends, when most people were at home instead of working, which gave us better results.

To reduce the acquisition cost of customers, we introduced a free eco-wash with every service bought. Surprisingly, many customers wanted just the eco-wash as a paid service. So, we introduced it with a great success. But we then realized we were losing money per wash. In India, most cars in apartments are washed and cleaned by washing facilities located within the apartment communities. Therefore, to compete against them we had to underprice massively.

Which were the causes of Autto.in's failure?

The shutdown was primarily due to two reasons:

Our biggest challenge was hiring. Hiring full-time mechanics meant paying them even when we had no work. But we believed that hiring meant that mechanics were always ready to go and that they were of higher quality.

We learned that we needed to have a continual hiring process and that a high attrition was the norm in the industry. Unfortunately, we were never able to completely solve this problem.

Another mistake we made was trying to expand so quickly. After meeting many investors, we were always told that our numbers were too low. This got us into a bad cycle of trying to acquire as many customers as possible, using the fastest methods. This ended up causing the resignation of many mechanics, due to too the big work demand.

The entire startup was self-funded from my life savings. Also, a friend from school chipped in with a bit. In USD it was approximately $15,000.

In the beginning, I focused on growing slowly with a great focus on quality. As funds were running out, I started meeting with investors and startup founders and thereby, shifting to fundraising too soon. As a result, we started to focus on growing at a faster rate, partially responsible for the mechanics burning out and leaving.

Partnering with a carpool startup also was a mistake because that it the workload tremendously.

In the end, I would focus on growing much slower and burning much less money by hyper-focusing in a very small community for an extended period of time.

I learned a few things along this journey. Some of them are: