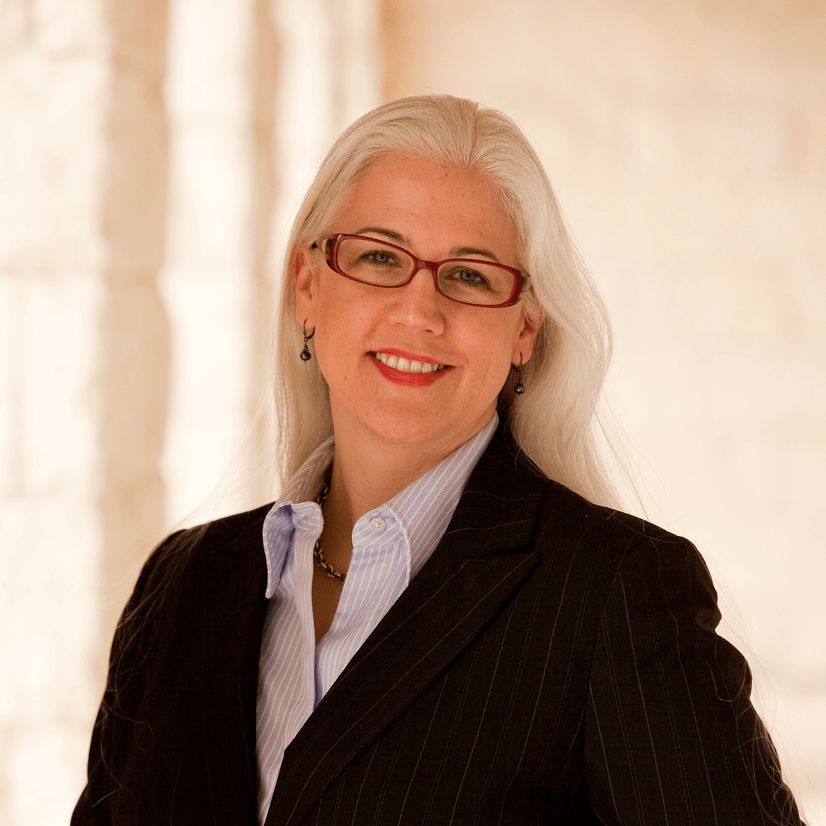 BeehiveID was a startup on the dating market, that identified online accounts created for fraudulent use. Techstars and RightSide Capital decided to invest $70K on their business. However, after some months BeehiveID closed their doors. Being too dependent on Facebook data killed their startup.

Hi Mary! What's your background, and what are you currently working on?

Hey! My name is Mary Haskett. My first startup experience was a skydiving school that I ended up running when I was in college. I competed in skydiving at the collegiate level and had a lot of fun, but I learned that there is no money to be made in skydiving. But that experience was enough to convince me that I could start a company so after I got my master’s degree I founded a training development company that I grew to profitability over ten years without outside funding and then sold to a defense contractor. After the acquisition, I joined the company as a Vice President and learned a lot about biometrics and working with the Department of Defense (DoD). I deployed to Iraq and Afghanistan on a number of occasions and had some amazing experiences.

I realized that I like small companies, so I left to start another company that primarily builds software for the DoD and foreign governments. My current company stems from that experience; we took what we learned working with biometric identification software and moved from software to building hardware. We built a portal for high speed face and iris identification – basically, we can identify people in real time as they walk by at a full walking speed. I’ve just formed a company for this product and it’s called Blink Identity.

What was BeehiveID about? How did you build it?

We applied to the Techstars accelerator with the concept of “Twilio for Biometrics”. We were going to build an API so any developer could quickly and easily add biometric identification to their software. This was back in 2013 and when we did our customer discovery, we got a lot of blank stares. It was probably way too early.

But we did learn that there were huge problems with online fraud that were really identity problems. When you do business with anonymous people, you have no recourse if they turn out to be assholes and we felt like we could address that problem. If you want to defraud someone online, you create an account with a fake identity and use stolen credit cards. Then the real credit card owner discovers they have been a victim of identity theft and the credit card company reverses the charges. The money is taken back out of the online merchant’s account but they have already mailed the merchandise. Online merchants lose a lot of money this way. BeehiveID identified online accounts created for fraudulent use.

This is how BeehiveID saw the social network graph of a fraudulent online account.

This is how BeehiveID saw the social network graph of a real person.

So, the idea was that a person would log in to a site using the Facebook OAuth and BeehiveID would comb through the data available through Facebook and let the site know if the account was fake. It’s still a really great idea. (If only a great idea was enough.)

I chose the online dating industry as our beachhead market because online trust and safety were so obviously important there (more on that later).

We used the Techstars network and our personal networks and got introductions to two dating sites that became our first beta testers. The algorithm needed to be validated - we needed dating sites that would use BeehiveID and then validate whether we correctly identified the fraudulent users. The founders we worked with were passionate about creating safe online communities and we couldn’t have developed BeehiveID without them.

We also blogged and did all the traditional content marketing. Later, we spoke at trade shows for the online dating industry and were able to reach out to the larger companies in the space.

By the time we shut down, we had personally spoken to the majority of the dating industry, large and small and we eventually realized that even though most of them claimed to be very concerned about fraudulent accounts, in reality, they knew a huge percentage of their accounts were fake and had no desire to do anything about it.

How was it like being part of Microsoft Azure Accelerator powered by Techstars?

It was a good experience for us but we pivoted halfway through the program, which caused a lot of problems. We were out of sync with the rest of the cohort. I was getting pressure to work on my demo day presentation when I still wasn’t certain I had a viable company. But I can’t think of any other way to talk to as many people as we did in as short of a period of time. It would have easily taken me a year to learn as much as I did in those three months.

Which were the causes of BeehiveID failure?

There were two major issues. BeehiveID depended on access to Facebook data, and that was fine because Facebook was very open about wanting other people to use their data - all the way up until they decided they didn’t. After we had been building this technology for about a year, Facebook announced they were shutting down access to the data we depended on. Major lesson: don’t build a company that is dependent on data you don’t control.

We pivoted to a different solution - “selfie authentication”. People used their webcam or phone to take a short video, and we used biometric face matching and voice biometrics to ensure they were a real person. But that solution had way too much friction. We pivoted because the rug had been pulled out from under us and we needed something quickly. We should have gone back to the beginning and started with market validation for the new solution before deploying it.

But the company was already in trouble and I was in denial. Basically, if you are a dating site, you don’t really care about fraud, because it’s a future problem and you are under enormous pressure to grow your user base. So even though every site told us that fraud was a huge concern, their behavior didn’t match their words. Dating sites only work when they have a large number of people to get matched up to and they weren’t willing to do anything that reduced the number of users. At the end of the day, fraud really wasn’t a problem they were willing to spend any amount of money to solve.

We had investment from Techstars and RightSide Capital. When that money ran out, my co-founder and I decided to keep the company running with our own money. We lost the money, but we learned a lot.

I am competitive and determined to win, and I’m not a quitter. But until you quit what isn’t working, you can’t do the next thing. I was so determined to make it work that I didn’t hear what the market was saying. Dating sites were a terrible beachhead market. We were not getting traction. Every site we spoke to talked loudly about being worried about online fraud, but when push came to shove, they weren’t actually willing to do anything about it. Friction was a much bigger concern than fraud.

I learned that my opinion doesn’t count, only the market’s opinion. And you have to listen to actions, not words. People might tell you they love your technology but unless they are willing to give you a credit card number, the words mean nothing.

This is a bit nontraditional, but I recommend this book all the time: “The Partnership Charter: How to Start Out Right with Your New Business Partnership” by David Gage.

The author is a business expert who mediates conflicts between founders and the book has many stories from his personal experiences. The key concept is that when you go into business with another person you need to have detailed and difficult conversations about money, division of responsibilities, values, etc. and your business documents should be the documentation of these conversations, not something you downloaded and skimmed. He said if he meets a founding team where there are two people and they each own 50% of the company, it usually means they just haven’t had the difficult conversations yet.

My new company is Blink Identity and here is the website. You can follow us on Twitter at @blink_identity. We are currently in the middle of the Techstars Music ‘18 program and this time I’m focused on customer validation and figuring out the most efficient way to bring our product to market. My co-founder and I are very interested in online privacy and we write about the intersection of identity technologies, privacy and public policy here.