Brisk: #1 Error: Being Dependent on Others 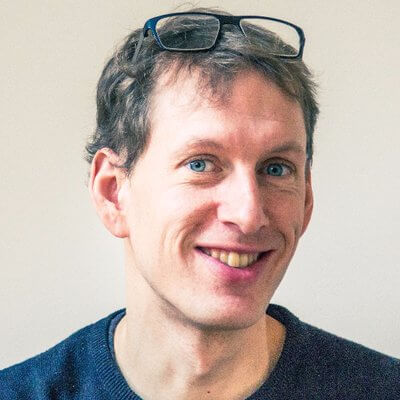 Brisk: #1 Error: Being Dependent on Others

Brisk was a prescriptive intelligence company which suffered from lack of focus. Being dependant on Salesforce was a fatal mistake.

Hello Hampus! What's your background, and what are you currently working on?

I am a computer scientist who stumbled into starting a startup (called The Astonishing Tribe) back in 2002. We were six friends who built an art project; then we were contracted by Sony to help them improve the performance of their mobile phone user interfaces. We didn’t want to be selling hours, so we claimed to have a product - and off we were. In 2010 we had grown to 180 people, and that year we were shipping in over 12% of the world’s phones from vendors like Nokia, Motorola, Samsung, and Sony. And we had designed the first version of Android’s user interface. Suddenly, we got an offer from Blackberry, who was the biggest smartphone vendor at the time, to acquire us for $150m. We joined, and as we didn’t have any venture capital investors, it was a crazy deal for us.

After that, I worked two years running M&A for EMEA for Blackberry at the same time as I started angel investing. Both roles taught me a lot, and I realized that I needed to get back into the trenches and started another company.

This time I did an AI company (Brisk) doing prescriptions/action recommendations. We raised $2m from VC and angels, and after four years and some amazing customers, we decided that we were not going to get the flywheel going. We did a soft landing and sold off the assets to a price almost lower than the legal fees.

After that, I started an angel group, NordicMakers, and spend most of my time being an angel and helping startups. I founded a local startup community and a startup house but hired people to run operations for both.

I also blog a lot here.

What was Brisk about?

Brisk was a prescriptive intelligence company - meaning we recommended what actions people should do next for optimal results. Our first focus was to use sales data to help inside salespeople what to do next with every deal. There is a lot of signals around sales, in the CRM, in your inbox, calendar, and online, but salespeople use little of it and end up being rather random in their actions.

How did you grow Brisk?

Two things really worked in marketing. The first thing was doing a freemium B2C2B strategy where we had individual salespeople install a free version of Brisk, which we then contacted and helped out to turn it into a sales opportunity of the paid company version.

The second thing was that we did a lot of user-driven content marketing. We interviewed a lot of users as we needed a lot of customer development. Instead of just throwing away these insights, we turned them into marketing material; blog posts, a podcast, etc. These drove a lot of traffic to the free product.

We should have been more focused and built a smaller product. The biggest headache of building Brisk was that we had two “open surfaces”: both the data and the user interface.

We were flexible on what data to use and how to interpret it (What is a good deal in your Salesforce instance? How long time should one wait till call again?) and the user interface and user. We allowed a lot of different use cases and ended up having a very unfocused development, onboarding, and sales.

Salesforce is a very flexible system, and we ended up spending massive amounts of time to support all the different customizations that were done and then propagating that to the user.

One of the biggest problems we faced, except our own lack of focus, was the fact that we were dependant on Salesforce and were a value-add to them. A lot of our potential clients believed that Salesforce would end up solving the problem were tackling. Others felt that we were “polluting” their infrastructure by adding non-Salesforce components to their otherwise “clean” Salesforce system.

We should have tried to solve a smaller problem better. Now we ended up having a half-assed product, instead of half a product. We didn’t really solve anyone problem completely. We should have decided on one target group and one of their problems and solved that elegantly. Now we ended up having multiple people’s multiple problems, on top of a very customizable infrastructure that we had to adapt to.

Solve a focused, critical problem. Don’t try to solve everything, but one, very important thing. It doesn’t matter if the solution isn’t perfect as long as you work closely with your users and solve something worth a lot to them.

I blog a lot here, tweet at @hajak, do a podcast on governance/Blockchain on Itunes or SoundCloud.