BusyMind: The Startup with No Time 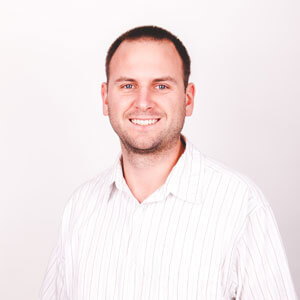 BusyMind: The Startup with No Time

BusyMind was a simple app that guided people through basic breathing and observation exercises. Lack of time destroyed the startup.

Hello Kevin! What's your background, and what are you currently working on?

I'm a Front-end Web Developer and have been in the industry for over 10 years now.

I've traditionally made a living working a regular full-time salary job, however over the past year I've been transitioning to contract work while I build a side business.

Currently, I'm finishing up an online video course on WebdriverIO, which is a framework for web automation tests. The course is almost 50 videos long and has taken me over a year to put together.

It's been my most successful project to date, but not my first. I've worked on many different projects over the years, with many attempts to have some success with them.

One of them is a mobile app that didn't quite take off like I would have hoped.

As a parent of two young children, my days are full to the brim with excitement. I had been learning about mindfulness meditation at the time, but couldn't find a spare moment to really practice it.

Every app and site I found, required sound that would always bring my toddler over to see what I was up to. Not very conducive to meditation.

I had the idea to build an app that would be geared towards mindfulness meditation outside of the traditional "find a quiet spot" methods.

BusyMind is a simple app that I built out over a month or so that serves this purpose. It guides you through basic breathing and observation exercises to help bring your mind back under control. It's entirely silent and can be done in a crowded room without drawing strange looks.

How did you grow BusyMind?

I tried finding users for the app by posting to blog posts on meditation and emailing bloggers and anyone I thought would be interested.

I have BusyMind App available which allows you to go through almost the exact experience of the app without registration or purchase. It's kind of an 'unlimited free trial' of the product. I think that's useful for folks who want to see what the app is about.

I also reached out to friends and family, and would mention it to anyone I thought might be interested.

I also wrote up a couple of blog posts on meditation and how tricky it can be, mostly as a thought experiment and to get things off my mind. Those were helpful in driving a little bit of traffic to the app.

Which was the problem with BusyMind? How did you realize?

The biggest issue I faced was slow growth and an inability to commit time to the project. I was able to build the app out in a month, but after that, I had a hard time dedicated time to it. Other priorities took over and I put the app on auto-pilot to see if it would become anything.

Aside from about 5 purchases a month, not much has happened.

I don't think this was a problem with the market or the idea, just that I didn't dedicate the time to it that it would need to really grow. This is why I think it's so important to build your savings, even if you don't have any immediate plans on going into the business.

To me, having savings available that you can lean on for several months is invaluable in freeing up the time needed to get something to take off. Without it, you're really limited on your options.

I didn't trust that it could work. I was too afraid that I'd spend all of my time on the app and building an audience, but nothing would come of it. Because of this, I stopped working on it all together and "gave up" on the idea.

I'm not saying that if I stuck with it it was a guaranteed success, but there's been an ongoing interest in the app and I've received some really positive app reviews. I think had I kept on working on it, it may not have been a financial success, but would have still been a worthy effort.

Time and the lack of it. Not just for working on the app, but also for marketing through more blog posts, videos and building an audience. With the family and job commitments, I just wasn't able to dedicate the time it deserved.

Focus less on the income and more on the audience. I was so put off by the limited earnings potential that I never gave it my best effort. I treated that app more like an experiment, mostly because I was afraid to commit to it more than that.

Focus on building your audience first. That doesn't mean you can't charge for your services, but don't expect the money that comes in at first to be significant.

I think the point of charging at first is to validate that folks will pay for the idea. Is it a good enough product that folks find it valuable enough to hand over the money?

You can learn more: