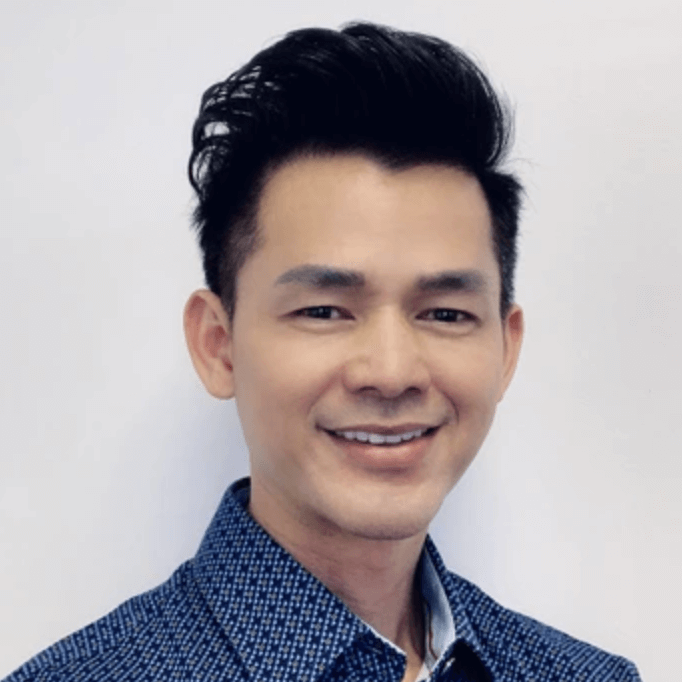 Danh Tran started his now-successful brand Buttercloth after finding dress shirts to be highly uncomfortable. He went all-in on his idea of making dress shirts as comfortable as t-shirts, even selling his house to fulfill his dream. Partnering up with Metta World Peace and getting into Shark Tank were the two of the moments that made the business start to take off. In 2019, they made $6M in sales with 7%-12% profit margins.

Hi Danh! What's your background, and what are you currently working on?

Hey everyone! I’m Danh, founder of Buttercloth. I’m 45, was born in Vietnam and I’m currently living in Carson, California. Our headquarters were originally based in Long Beach, California, but we grew so fast that we had to move to Carson.

I grew up working in my family’s small tailor shop. When I was ten, I started making my own clothes and dreaming of coming to America to become a fashion designer.

When my family immigrated here in 1994, I took fashion classes at a local college and landed a job at Mattel - designing clothes for Barbie. When I saved enough money, I enrolled in my dream school, Otis, and after graduating was recruited by 7 for All Mankind. I later was Head Designer at House of Howe (Union Bay), and then Affliction Clothing for 10 years.

When I came up with the idea to create my own brand of luxury dress shirts, I quit my job and cashed in my 401K to start the company. Today, I am living the dream with Buttercloth, a clothing brand selling comfortable shirts.

We’re currently selling everything throughout our eCommerce. We’re mainly focused on the US audience, though we plan to expand globally in the upcoming years.

When I started in fashion, I was very lucky to meet a lady that designed for a company called Mattel, the Barbie toy manufacturer. I think she saw some talent in me and she suggested going to work with her. I began working part time and it was an amazing opportunity. I was able to design clothes for Barbie and learn a lot through the 5 years I stayed in the company.

After that, I was recruited by 7 for All Mankind, where I worked for 2 years, and then moved to Hause of Howe by Union Bay, where I worked for another 2 years. Affliction Clothing came later. I was hired as Head Designer and worked there for more than 10 years.

While working for Affliction, I began thinking about something: I hated wearing dress shirts. “They’re stiff, they’re scratchy, and you can’t move in them!”. I would wear a t-shirt to the office and change out into a dress shirt just for meetings. One day I thought, “why can’t I make a dress shirt that feels like I’m wearing a t-shirt?” That was my “aha moment.”

At the time I left Affliction Clothing, I had around 20 years of experience in the industry. I really wanted to start my own comfortable shirt brand but it was a difficult process which took me 2 years to decide to fully get into.

I had a really comfortable and well-paid job so quitting it to focus on my own business was scary. One day, one of my mentors gave me a book from Steve Harvey called Jump, which talked to me about my life and my future. That’s when I decided to leave my job and focus on my own venture. I decided to go 100% on it and even sold my house to fulfill my dream.

I travelled to China and worked with mills to develop what eventually became Buttercloth. I already had a relationship with different factories from my previous jobs, so I told them about my product and asked them if they would be interested in creating it.

Three of the people I contacted denied as they thought it wasn’t possible to create such a product, but then one accepted. However, they warned me that to set up everything it would cost $3k and then $20k to get the first production. I decided to go with it.

Using a special blend of 100% long fiber cotton and a unique manufacturing process, we developed a profoundly soft fabric I named “Buttercloth.” It had incredible breathability, 6-way stretch and an exclusive double finished construction.

How did you build Buttercloth?

Since the beginning, I knew I wanted to focus on eCommerce. But there was an issue, I knew almost nothing about digital marketing.

That’s how I began looking for a digital marketing partner. I interviewed a lot of digital marketing agencies until I found one that stuck out the most. Luckily, the owners saw the shirt and felt in love with it so we became partners.

Soon after, I received a call from them saying that Metta World Peace, a really famous basketball player, had just tried Buttercloth’s shirts and felt in love with them. They explained to me that it could be super beneficial to reach other celebrities and get our name out there. When I met Metta, he described to me the same issue around shirts that I had at the moment of starting Buttercloth and told me he had never used such a comfortable shirt before. He also told me he really wanted to become a partner; right at that moment, he became an ambassador of the brand.

Metta World Peace was greatly responsible for the success of the company. For the first months, Buttercloth was nothing, but then we began working with him, launched and we got around $700k in sales.

So I had a great marketing partner and a well-known celebrity ambassador, so I thought to myself: “what’s missing?” Funding. That’s how I decided to audit for Shark Tank. My mentor helped us get in the line and do it well throughout the audition.

Getting featured in the show was a mix of hard work and luck. We had 5-6 audits in different forms, then we had to wait 6 months and then we were told we were accepted and that we were filming the pitch and negotiation. However, the live feature in the program didn’t come until many months later and in all that time, we didn’t know if we were actually going to be featured or not.

Luckily, we got aired on October 28, 2018. We had prepared ourselves really well, completely filling our stocks. Despite that, we got out of stock super fast, and that two more times. For the following months to Shark Tank, we did $3M in sales. It also brings a bump in sales every time the episode is aired.

At the same time, we were able to land a deal with Robert Herjavec for $250,000 who, to this day, is helping grow the Buttercloth brand worldwide. He was a perfect fit as he really represented us as a company and found our shirts really helpful.

Robert and his team have been invaluable to building Buttercloth. Even more important than the capital has been their coaching and access to their networks of the best partners is every area of the business.

We began by advertising on Facebook and Instagram, using videos to tell our story and educate consumers about the brand and what makes it unique.

Metta and Robert have been great brand ambassadors helping represent the brand and bring awareness, so that has helped grow the Buttercloth audience and gotten us a foot in the door in the menswear fashion space.

Slowly, we have added additional channels that today include Google, YouTube, eMail, SMS, and affiliate marketing.

Following our signature button downs, we introduced polos and sweaters last year, and we will have jackets available in the fall. In addition to the new categories, I’d like to begin distribution in select retailers in 2021.

I expect Buttercloth to become a household brand within 5 years. We are constantly adding in new styles, colors and listening and engaging with our audience on what they'd like to see and how we can evolve as a company.

In 2019, we made $6M in sales and we plan to double or triple that figure. Since we’re expanding to new products and trying out new things, profit margins will be around 7%-12% this year. All this was made possible with a team of 16 people working within the company.

I struggled first with the courage to leave my comfortable job and salary. It's easy to stay in a job where you are comfortable, content, and have a steady salary coming in, so gaining the confidence to take that leap and follow my dreams was a really difficult thing to do, especially having doubts and measuring success.

There are challenges every day, and I see them as opportunities to make a difference. I love it. If I never would have taken that jump from my job to entrepreneurship, I'm not sure if I ever would have. Taking the risk is initially the hardest thing to do, but if something scares you enough, that means you're doing something right.

Honestly I don’t see any disadvantages – I am truly blessed to have the advantages I have. And mistakes? I make them every day, just like all of us. The important thing is to recognize them quickly, and fix them quickly.

When we started scaling, I was convinced that we could trust our logistics to a third party. After only two months, I realized this was not going to work for us. I flew to Indiana and personally supervised the transfer of our goods back to California where we could control it and guarantee the customer experience I want. The customer is always right, and a true, honest experience for the customer can make or break a sale. This is something Buttercloth is passionate about, giving our customers the most memorable e-commerce experience we can.

I may have started a little sooner if I would have had the courage, and yet the timing has been perfect. Timing is everything and you can't think too much about the what-if's in life. I can honestly say that I wouldn't change a thing about my story and how things ended up. There is always something you could have done differently, but then you never learn. I try not to look much into the rear-view mirror – the windshield has a much better view ahead. :)

I like listening to podcasts, while I’m driving, working out at the gym, or just having some down time. A couple of my favorites are “How I Built This” with Guy Raz, and “Enterleadership” by the Dave Ramsey organization. It's an easy way to emerge yourself into the industry you want to get into, and what better way to learn than from real people's stories and the mistakes + successes they made that you can learn from,

Another great resource has been the Small Business Association. You might be surprised just how much free guidance and advice you can get from their local “Small Business Development Centers," but it has been a huge learning the ropes of building a small business.