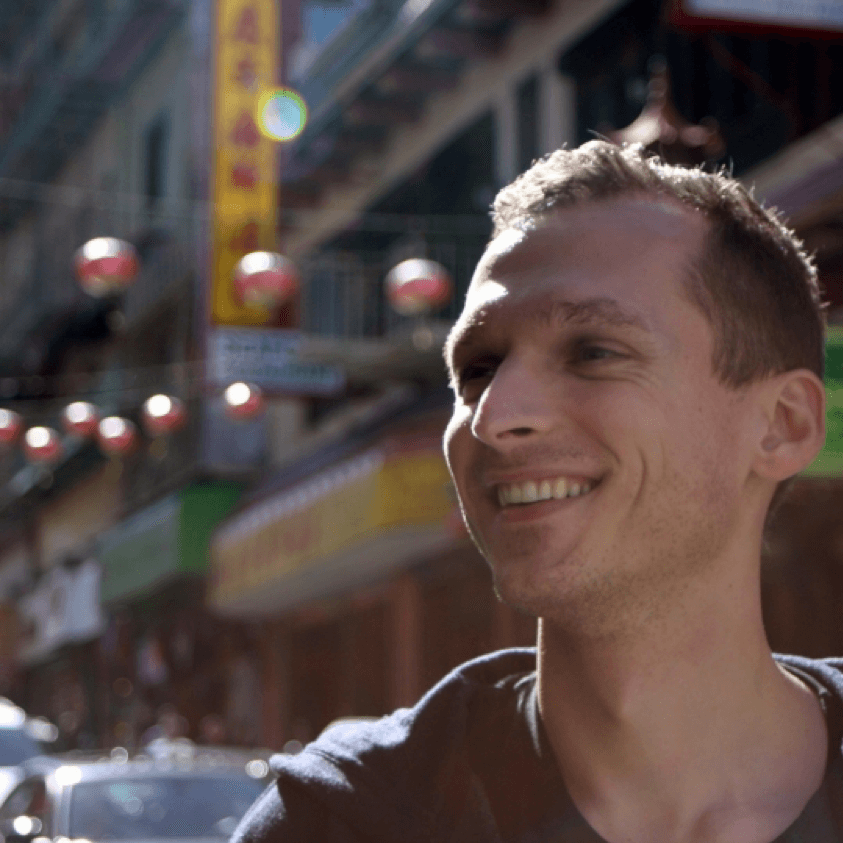 Alexander Sumin is one of three founders of a company called ClaimCompass where they help travelers get paid when airlines mess up their flights. In October of 2016, they began to draw the attention of investors and after that, they’ve continued to grow.

Hi Alex! What's your background, and what are you currently working on?

My name is Alexander Sumin, I’m 31 and I’m typing this out of my office in Sofia while sipping on my 6th or so cup of coffee for the day (I’ve lost count).

I’m one of three founders of a company called ClaimCompass where we help travelers get paid when airlines screw up their flights. We use tech and data to automatically process flight disruption claims and pay people up to $700 per flight, and we make money by keeping a cut out of each successful case.

My formal title, if I can even call it that, is CMO, but I mostly look after what’s best described as Growth - i.e. trying to move all those levers that will result in more customers, lower acquisition costs, more revenue, etc.

My co-founder and CEO - Tanya, came up with the idea. At the time, she was working for a law firm in Germany and thought that we could automate a lot of what goes into processing a flight disruption claim.

Prior to ClaimCompass, I worked for a chartered airline in Montreal doing customer acquisition. Later on, I moved to Berlin to work for a PR and Marketing agency and for a while, I also worked as an analyst for the Canadian Federal Government.

A lot has changed since we first launched ClaimCompass. We were an entirely distributed team working on the idea nights and weekends out of 4 different time zones, doing, among others, a lot of useless stuff, but somehow getting traction. It got to a point where we decided to quit our jobs and give this gig all of our energy.

That drew the attention of our first investors: in October of 2016, 500 Startups and one of their micro funds in Istanbul, invested $200K and asked us to join their program in Silicon Valley. For the next couple of months, we grew the company by about 10x and in March of 2017, with a couple of hundred in booked revenue and very little cash, we decided to move to Sofia, where we hired our first employees.

My past experiences are mostly solopreneurship type of stuff, like real estate rentals, trading stocks, and crypto before it was cool (yeah, like 2014). Can’t say I’ve been overly successful in any of the above.

How did you build ClaimCompass?

I’ll have to disappoint you here. No formal process, business canvas or other, was used in the making of ClaimCompass. We just had a couple of Skype calls and decided what we’ll do and see what happens. I think we were saved by the fact that we were all relatively broke, so we were very cautious when it came to allocating resources. A big role played our CTO who not only built a pretty decent MVP, but had also set up the analytics right so we had an idea of what’s going on from the get go. From that point on we went on to try to get our first users, spamming people left and right, posting in hundreds, literally, hundreds of Facebook groups on a weekly basis (that was still allowed back in 2015), message boards, etc.

We did run into obstacles. We still had to figure out, now that we got our first customers to file claims, how do we collect the money we promised them. The idea was to make this an automated process, so that made things even more challenging. The first couple of months we worked out of a single Google Sheets file, trying to understand what the process flow would look like, where could we automate for sure, where would we run into trouble, etc.

Our first PR and media efforts came around the time we joined 500 Startups and raised our first round of financing. I wrote a piece which got us featured in Venturebeat, then we got the Techcrunch announcement, then we did a Product Hunt launch, which to this day I think we absolutely killed as we racked up around 1,500 free leads and got #2 Product of the Day. But to answer your question, no, we did not have a “launch” campaign.

In our case, paid channels worked quite well as an initial source. We started out with Facebook ads and after about a year added AdWords. I think strategies evolve as the business matures. For instance, we’re now trying to reduce the portion that paid channels account for out of the total acquired users, working on improving how our product converts, increasing referrals and LTV, etc.

A lot of things have failed down the road. We tried offline ads at airports, we tried upselling and cross-selling, various partnerships, etc. This doesn’t mean that we won’t revisit some of these things in a different shape or form, it just means that we didn’t see the value we expected and decided to concentrate on other things.

Long term vision is to solve the awful service that we all get when things don’t go as planned in air travel. The goal isn’t to eliminate disruptions because they will occur, it’s just how things are in air travel - lagging infrastructure, growth of the number of passengers carried globally, various events that are hard or even impossible to control - weather, strikes, safety. But there is a lot of opportunities to minimize their impact, by being proactive and controlling some of the damage.

Oh yes, a ton of ideas in the pipeline. You’d be surprised what you can do in what may seem like a boring space at a first sight. Imagine predicting a flight delay two days before it occurs, notifying all parties involved - the airline, the passengers, the companies, etc. So, yes - we are constantly looking for great engineers, marketers, people from the aviation industry, to help us execute that vision. So far, we’re about 26 people, working towards these goals.

What were the biggest challenges you faced and the obstacles you overcame?

Again, it all depends on what stage you’re at. Initially, it’s finding out whether this whole thing could even work. At first, most airlines just jerked us around and wouldn’t pay, so we had no idea what to do. Over time we built some legal know-how, got people with a legal profile on board and began collecting money. Then we nearly ran out of money, so had to fundraise. Then our unit economics broke as we tried scaling - spending more on customer acquisition, but lagging behind in collecting that revenue, etc. Then there’s scaling tech, people, operations, etc. There’s always something.

Not sure if that’s a disadvantage, rather than a reality for any business, really, but we’re in somewhat a competitive space. The barrier to entry is seemingly low and anyone who can build a landing page and drive traffic feels like they’ve got what it takes to run this business. Luckily, that’s not how it works.

One of the greater mistakes, if I can even call it that, is perhaps that we were a bit naive - travel and especially distribution in travel is an unbelievably consolidated space, which makes incumbents sit rather comfortably and a nightmare for a small startup to try to do something differently.

Probably be even more aggressive, move faster and be more determined. We were all learning along the way, so that came with a great amount of uncertainty. Looking back, it’s easy to say that we could’ve been faster, smarter, etc.

On the other hand, I think we avoided much of the mistakes that other companies have done - we were right on concentrating on distribution and marketing early on, to gain traction, attract investors, people, and have something to step on in order to develop the product.

I don’t really believe in theory, so I’d say - just go and do stuff. When you run into something you don’t know - google it.

There’s an unbelievable amount of noise out there that is a complete waste of time and resources. Reading blogs, books, listening to podcasts, knowing the latest acquisitions, funding rounds, founder gossip - that won’t make you a better entrepreneur. Trying to build a company will.

To me, the most valuable skill you can develop is learning how to think. If you don’t know how to think, then you’ll probably end up trying to make up for it by developing a purely technical skill, which will make you a great employee, but not a great entrepreneur.

Go check out some of the stuff we’ve done here and my very infrequently updated personal blog.