Content Snare: Leaving His Job to Build a +$5,000/Month SaaS 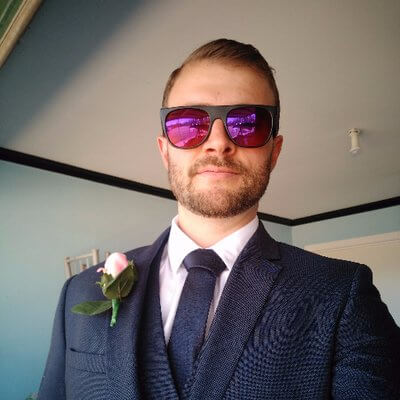 Content Snare: Leaving His Job to Build a +$5,000/Month SaaS

James and his business partner got fed up working for other people and decided to build Content Snare, a tool to help agencies get content from their clients. They validated their idea with a simple landing page and spent the next 6 months building the project. After many tries and errors, Content Snare is now a successful business.

Hi James! What's your background, and what are you currently working on?

Hey! Before all this online business stuff, I used to program controllers that made real-world equipment come to life. Things like motors, pump, even entire mine sites.

Like most of us in online business, my business partner and I just got fed up working for other people. We started a long, painful foray into software and web design. Over nearly 8 years we’ve built 3 (and a half) software products for our own business, sold one of them, built countless websites and undertaken some huge software projects for a range of clients.

One of the biggest issues we had was getting information and content from clients. To be blunt, it was a total pain in the ass. It held up payments, stalled entire projects and added all this extra stress we just didn’t need.

So that’s the challenge we’ve taken on with Content Snare - a tool to help agencies get content from their clients on time and in the right format.

My roles in this business are community management and marketing.

I’m lucky to have a business partner who’s a total tech-head and pretty much the best developer I’ve ever met. He handles the tech team so I can work on getting more people using Snare.

Right now, Content Snare has a pretty simple model. It’s a monthly subscription based on how many team members are using the tool. In the future, we may toy with adding some services or add-ons.

How did you come up with the idea?

The original idea was actually completely different to what we ended up building.

When we were building websites, I was actually pretty annoyed at the briefing process. I wanted to build a tool to help clients better communicate what they wanted in a website.

I spoke to a bunch of web designers in our area about their process and bottlenecks. Almost every single one of them ended up focusing on getting content from clients. Not the brief. So basically, the idea was flipped on its head right away.

As an agency, we could definitely relate to the problem, which made it fairly simple to think through and design something to make our own lives easier.

Somewhere during our 8 years, our business kind of just fell into websites. Really, building and designing software has always been my number 1 business passion. That meant I had a ton of motivation to build this tool and make it our primary business.

At first, it was nothing more than a simple landing page built in WordPress. It asked for an email address in exchange for a discount when we were ready.

To get people onto the list, I spoke to web designers I knew personally, got involved in Facebook groups and just asked people if they’d be interested. Really basic stuff.

I’d heard so many horror stories about products never getting off the ground, so I wanted some confidence that the product was solving a real problem and was something people would be willing to pay for. That meant asking for money before we even had a product. A ‘pre-sale’, if you will.

After we gathered a few hundred people, we ran a pre-sale to see if people would be willing to put money down. We offered a full year access to the product (starting when it went live) and beta access at an extremely discounted price.

We sold 25 out of 25 available spots in about 2 hours. That was an exciting day, and it gave us some confidence that the product would work.

First, we hired a UX designer to come up with all the different screens we needed. We listed out all the functionality we eventually wanted and removed everything that wasn’t necessary for the MVP. Our business already had software developers, so we diverted their attention to building Content Snare.

The front end was built with Angular 2, and the back end with Ruby on Rails. This is the tech stack we use for almost all of our client projects, so it was an easy decision.

It took maybe 6 months from the pre-sale until the doors opened. In that time, we continued to build an email list, grow a Facebook group, run ads and run a beta program for the people that had paid for the pre-sale. This was to make sure any major bugs were ironed out before releasing to the public.

One thing we focused on I think more than another MVP’s was the look and feel. We invested in good design up front, to make sure the product was visually appealing. Our target market are designers, after all.

It’s crazy when I look back at how many things we tried. If I told you about all of them, the answer to this question could fill an entire book. I was even documenting everything we did but had to stop because it was getting too much.

It has been pretty difficult, to be honest. There are SO many different ways to attract new users, and there’s no way to know which will actually work. So, you just have to test them as fast as possible.

The two biggest things for us have been:

From day 1, I began building a Facebook group of web designers. These are our target audience, so having direct access to so many of them allows us to better understand how they think and what kind of things they need to improve their business and lives. Through this group, I’ve even made a bunch of friends, several who I’ve met in real life.

After this, the most effective marketing ‘tactic’ we used was a giveaway. In the early days, this got many people talking about us in various groups, and doubled our email list in 2 days.

One tactic that didn’t work as well I thought it would, was Product Hunt. In the startup world, a lot of people put weight on getting to #1 on Product Hunt. We *almost* did that, except Facebook TV launched on the same day. So, we hit #2 instead. It drove a huge traffic spike, quite a few comments and more than 10x our normal daily signups, but none of them converted to paid users.

I wish I could say that there were one or two things that just smashed it out of the park and resulted in explosive growth, but it’s just not the case. Our growth comes from lots of small things adding together, adding a few users at a time.

Here are a few things we’ve tried and have worked to at least a small extent:

I think we’ve been fairly lucky in this regard. I can’t think of any major things we’ve had to deal with.

Some things used to get me really worried, like a competitor releasing a new feature or someone saying something negative.

These kinds of things just don’t get to me anymore. I’ve learned there’s just no point in letting them upset you. You just deal with it and move on.

The one thing that definitely still gets to me are the periods of slow, or even negative growth. It might only be a few days, maybe a week, but it definitely affects mood. Logically, all you have to do is zoom out and realize everything is still moving in the right direction.

Wow, what a question!

For me, it is definitely motivation, especially during those down periods. When we’re growing strongly, it’s great motivation. When things aren’t perfect, it’s definitely harder.

Now that I say it out loud, I realized it’s the same when it comes to losing weight…

With respect to our market, one of the biggest ‘disadvantages’ I think would be that there are a lot of freelancers out there who are struggling financially. A big part of our user base are freelancers. If they can’t afford our service, we have a problem. That’s why we do a lot of education to help web designers grow their businesses. Plus, it’s nice to get feedback that you’ve really helped someone grow their business.

During the process of building & growing Content Snare, which were the worst mistakes you committed?

The biggest mistake by far was not being careful enough on feature selection when building our MVP. We rolled too many things into the first version which blew out our development budget. We spent way too much on our MVP.

If I had to do it again, I’d pull out everything that wasn’t absolutely necessary, and work more closely with the development team to make sure we were all on the same page.

The other big one is probably keeping our web design business going at the same time. It’s hard to call this a mistake because I’m still not sure if it was the right or wrong decision.

The original idea was to keep building websites so that we had the additional income to keep us going, and so that I still had my finger on the pulse of the industry. That way I could write posts and make videos that helped out our target audience - so education-based marketing.

I’ve since realized that one bad client can eat a whole week of my time (plus the team’s time) that could have been spent on Content Snare. I also realized we can work with other people to provide education to our users through guest posts. They’re experts at what they do. That means they write things way better than I could have and get some traffic and SEO juice at the same time.

Truthfully, we probably should have dropped web design sooner.

Other than what I just mentioned, I’m really not sure! If I knew the answer to this question, I’d be doing it now.

I think I’d say to work on building relationships with potential partners right away. This is a hard one though, as you may need a working product or a “name” in the industry before certain people will work with you.

This is heavily dependent on their industry, but here are some of my favorite books:

You can find everything on the Content Snare website. In the footer, you’ll find the blog and a bunch of free resources. If you’d like to follow along on my personal site where I cover automation and marketing, you can find that here. Or you can follow our software and app development company!