Building a Product Too Difficult to Use: How Signups Didn't Translate to Active Users 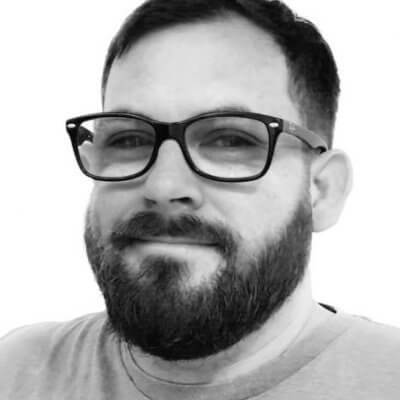 Building a Product Too Difficult to Use: How Signups Didn't Translate to Active Users

Andrew Kamphey has started several projects related to creators and influencer marketing. One of them was Creator Growth Lab, a tool to help Instagram creators grow by themselves. He invested $5,000, never made a penny, and realized there was no need for that product.

Hi Andrew, can you tell us a bit about your background and what are you currently working on?

I'm Andrew Kamphey and I'm a serial entrepreneur. I've started several ventures, mostly nights and weekends while I worked at a startup for five years.

I do Google Sheet tutorials at BetterSheets, where you can buy lifetime access and get all the tutorials you want. The pricing model is based on Makerpad and I too made BetterSheets with no-code. I also run a newsletter called InfluenceWeekly, where I share the best data-informed articles in the influencer marketing space. It's the top newsletter in my industry with more than 6,300 subscribers.

I'm very active in newsletter groups trying to help people monetize, grow, and start newsletters. I write a lot on Indie Hackers about starting stuff. My mantra is “Go, Go, Go. Launch, launch, launch. What are you waiting for?”

How did you come up with the idea to build Creator Growth Lab? What was the motivation behind it?

Five years ago, I had a side hustle where I would grow people's Instagram accounts. I got my clients anywhere between 2,000 and 5,000 new followers every month. Three years ago, Instagram started announcing policies that I knew would make that method not last. This is a natural thing with growth hacking. First, it works well. Then something changes and it does not work anymore.

Creator Growth Lab helped Instagram creators to grow by themselves. They could log each day their growth tactics and measure how many followers they gained and their hashtag performance. Every single day you could go to the Lab and see your growth. Then figure out which was the best one. Optimize it and grow more.

I had a monthly income from my clients. Every dollar I made, I put it into Creator Growth Lab because I wanted to go fast. I quit my job in December 2018. Gave me a month to mock a prototype. After a month, I realized I couldn't build it fast enough. It was going to take me about a year to figure out how to build it and then three more months to build it. I took all the money I had from my agency, and I used it to pay off one designer and one programmer.

I found a designer in Bali. And then I found through a friend of mine, a Vietnamese programmer. My friend became an ad hoc Product Manager and we became a four-person team. It was fast. Within 30 days of working remotely, everything worked exactly how I planned.

What were your key levers to start growing it?

Initially, I had a dozen users that were paying me to grow their accounts, who I thought would also use this Lab. They were paying me between $100-$200/month each. It got 50 new user signups in the first month and the next month another 50 user signups.

I used InfluenceWeekly to promote Creator Growth Lab to my existing audience and I got a dozen signups from that.

I also sent direct emails to creators I knew because I had worked in the influencer marketing industry for five years.

Signups weren't a problem, or so I thought. I ended up getting 50 signups per month for four months in a row. The challenge was to get active users. It took a while to get to the aha moment. You needed to use it each day for a week or two weeks before getting the aha moment. That's painful. Users will never get that far.

How did you realize the project was not going in the right direction? What did make you finally shut down Creator Growth Lab?

Three months after launch, either lucky or unlucky, Instagram cut the number of actions you could do. That killed most growth hacks, but the product still exists. I could keep working on it. But looking back the actual problem was people didn't use it. I made a bunch of videos to explain how to use it. It was very complicated. Users needed to first decide to do growth hacks and then try to optimize them with the app. Not many people know 50 growth hacks.

I had been doing a bunch of automation on my client accounts. All of their actions were taken down to zero for 30 days. Within one month, I went from 12 paying clients to none.

I didn't charge them for Creator Growth Lab, it was free to sign up. I would charge later once I figured out who was it for. Big mistake.

I did have the idea of Pro Accounts. Initially, it was created for individual users. I talked to a model agency that had thousands of models that were going to pay for using it. Could have been $9,000 a month. Then another person, a growth hacker, wanted to use it to manage 100 accounts. Their clients also left because of the change in Instagram policies.

In the end, how much money did you lose?

In total, I paid around $5,000 and never made a penny. The silly thing is that it doesn’t feel like I necessarily lost the money. Because I had been self-funded, never went above my means. Only put money into it I was making through social media. I guess that’s one saving grace.

I'm not leaving this industry of creators, I'm not getting offline anytime soon. I can't imagine working for anyone else other than creators. Every single project I ever do is for creators. I’ve learned a few lessons from Creator Growth Lab. A product needs to immediately do more for the user. It’s got to feel like a superpower.

The problem is the same every creator on Earth has, which is how to live off a piece of work I made.

One of the most important things I learned was that I talked to users, but I was not listening to them. I had so much hubris and very little humility because I had been successful at helping people grow for five years.

“I went into Creator Growth Lab thinking I knew everything. You don't know anything. Even if you think you know everything you don't.”

I spent a lot of time educating creators on why to use the product. Every successful creator will tell you that they grew by making good content. Creators want to create. I had no competitors. No one was trying to do this, that’s a warning sign. It ended up being not needed.

Another lesson learned was that you need to talk with users, not just tell them about your product. I've only started to do this within the past years and it opened my mind. When I get on the phone with a user I'm not teaching them how to use the product. I get on the phone once or twice a week with my newsletter readers and ask them about what's going on in their life. Just chatting with them. I would have never tried new ventures if I didn't talk to the same users again and heard the same problems again with a different frame of mind and a different angle into it.

Figure out who your tribe is. Find them. If you talk to people for enough time, keep trying different solutions, and keep asking for their problems, you'll figure out a solution. You always have something to learn.