Building a Business While in High School: A 5-year journey full of learnings 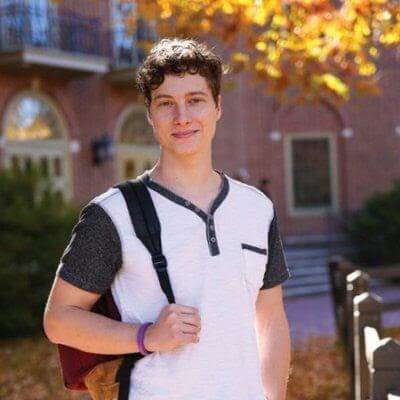 Building a Business While in High School: A 5-year journey full of learnings

Duncan Hamra has been building businesses with his best friend Tyler since they were in high school. They built Formatically, an instant citation tool that didn't take off. We'll discuss what went wrong with this project, and how those learnings helped him start Memberstack.

Hey Duncan! Who are you and what are you currently working on?

My name is Duncan Hamra and I’m currently working on Memberstack. We're making it easier to add user accounts and payments to any website. I'm the co-founder, and I do most of the design work there.

I was lucky enough to meet my best friend and my current co-founder in preschool. We've been best friends for a really long time. We're both 25, and we've known each other for pretty much all of our lives.

We started our first company together in high school, where we hired some friends, knocked on some neighbor's doors, and started mowing lawns.

We ran that business for three years before we managed to sell it to somebody. We restarted it three times.

There were two failed versions before we got to the version that sold and we didn't sell it for a ton of money. We sold the equipment and a contact list of 100 people.

We used some of that money from selling the business to start building a website called Formatically.

How did you come up Formatically's idea?

We had the idea while we were in high school. We were making lists of problems we thought would be interesting to solve. The advice we had heard was to find a problem you have yourself, and then figure out how to solve that.

We were sitting in English class one day and our teacher mentioned that somebody needed to make it easier to automatically format papers. We had a little bit of money and we learned about Upwork and Fiverr. Building a website couldn't be that hard. We hired someone to do that.

How did you build Formatically?

We first got into WordPress. We were listening to a podcast called the Smart Passive Income and the recommended stack was Bluehost, WordPress, and a virtual assistant. If you needed to build something more complicated, you just hired a virtual assistant or you hired someone on Upwork to build that thing for you.

We had not heard anything about any no-code tools, it wasn't being tossed around. We hired a college student in New York. He started with a WordPress app and then built a JavaScript and PHP application. It was pixel perfect from a PowerPoint file that Tyler and I made, which was all boxes and text. It was beautiful.

What were your key levers to start growing Formatically?

We did a couple of things. One was talking to friends. That was how we started. We then did some cold email outreach. We wrote some comments around the web when people were complaining about different citation tools and formatting tools.

The thing that got us most of our traffic was writing articles. We wrote how-to articles where we would first talk about how to format papers. We ended up getting some SEO from that and reaching 260,000 visitors in 6 years.

What were your biggest challenges you had to overcome?

The first one was working with an external provider. Because we had somebody else building it for us, we had to learn through that person. We didn't know what we were doing. It was very hard to iterate through those versions. We'd create a version, realize it was terrible. And then we will need to spend another $2,000 to completely rebuild the product. We were not even sure if this new version was going to work.

We discovered paper prototyping and prototyping tools. I started getting into that. Another big challenge was monetization. We were trying to figure out what our product offered that people would be willing to pay for.

The funny thing is, I don't think we ever did. We were both very optimistic. We were determined to get this going and working. We only stopped working on it because we had the idea for MemberStack.

We both did a pitch competition where we pitched an entirely different idea because we knew Formatically wouldn't win. We wanted to get the money for Formatically. We won second place and took that money. We ended up getting an office space as part of the winnings. We were sitting in the office space working on Formatically and both of us had the idea for MemberStack. We agreed to not give up on it but to try the new idea for a couple of weeks and see what happened.

In the first three days, we managed to get a client. We had pretended to be an agency. Everyone's pretending so we said we were an agency and managed to get a client in the first week. We decided to pursue it and to come back to Formatically eventually. We've been saying that ever since. It still exists. The optimistic part of me still wants to keep it alive so others can do something with it. I don't know if we’re really stubborn, but I'm glad we found MemberStack.

We never paid ourselves salaries or anything. What I do know is that we made around $5,000 when we started monetizing it from an essay formatting service. In total, we spent around $10,000.

We also had ads for a little while, and we made around $200-$300. Nothing crazy, but it felt like a lot at the time. It was very slow and steady. We put those ads on way back in 2013 and kept them up for three years.

So if you had the chance to start over again, what would you do in a different way?

We learned so much along the way. If there was some way we could accelerate that learning, it would be worthwhile. But just knowing where we were at, and what we knew at the time and the information we had, I have no regrets.

Design is very important, but having something that looks good is at least half the battle. But at the same time, perfection is the enemy. If you're waiting to launch because something needs to be perfect, then you're moving way too slowly.

“It's also really powerful if you're building a web app to be able to build web apps.”

When I think about starting a business, I evaluate it from several perspectives that I didn't before. I use the framework from 80,000 hours, which isn't a business site, but I like the way they think. When you go to tackle a problem, look at it in three dimensions. How many people have this problem? How important is this problem to them individually? How easy is this to solve? You have to ask yourself how easy it is to solve with the things you have now. How much easier would it be to solve if I utilized all my resources? The vision we had for Formatically required resources that Tyler and I didn't have, we had to learn them.

Because we were young, we were in a place in our lives where it was normal for us to recognize we needed resources, then go to school, or go get jobs to learn those things. We were missing the ability to design and write code. So let's go learn to do that. I think that was really valuable. I'm not confident we did in the most effective way though. Thanks to no-code tools and coding bootcamps, design schools, companies like Webflow, it makes designing and building quite a bit easier. I say there are definitely more effective ways to get there than we did.

What advice do you have for other entrepreneurs?

Get feedback on everything you're doing. The idea, the prototypes, the drawings, the sketch files.

“Get feedback. Don't be afraid to reach out to people.”

One place to start is other people who are starting businesses, but the best people you can talk to are your actual customers. If you struggle to find real customers to talk to, that's a very uncomfortable realization, but it's a helpful realization that the thing you're solving doesn't have many people who need it, or you're not in a good position yet to be able to solve, talk to and interact with those people. The people I've seen who've been the most successful are the ones who have a clear path. They have a clearer understanding of what the problem is and a clear path to the people who are feeling that problem.

If you have those two things, then you just need to solve the problem. If you don't, then you need a marketing background. You need to have a lot of conversations with those people.

What are your favorite startup resources?