Gadget Flow: Building a Site in 24 Hours and Growing it to +$2M/Year 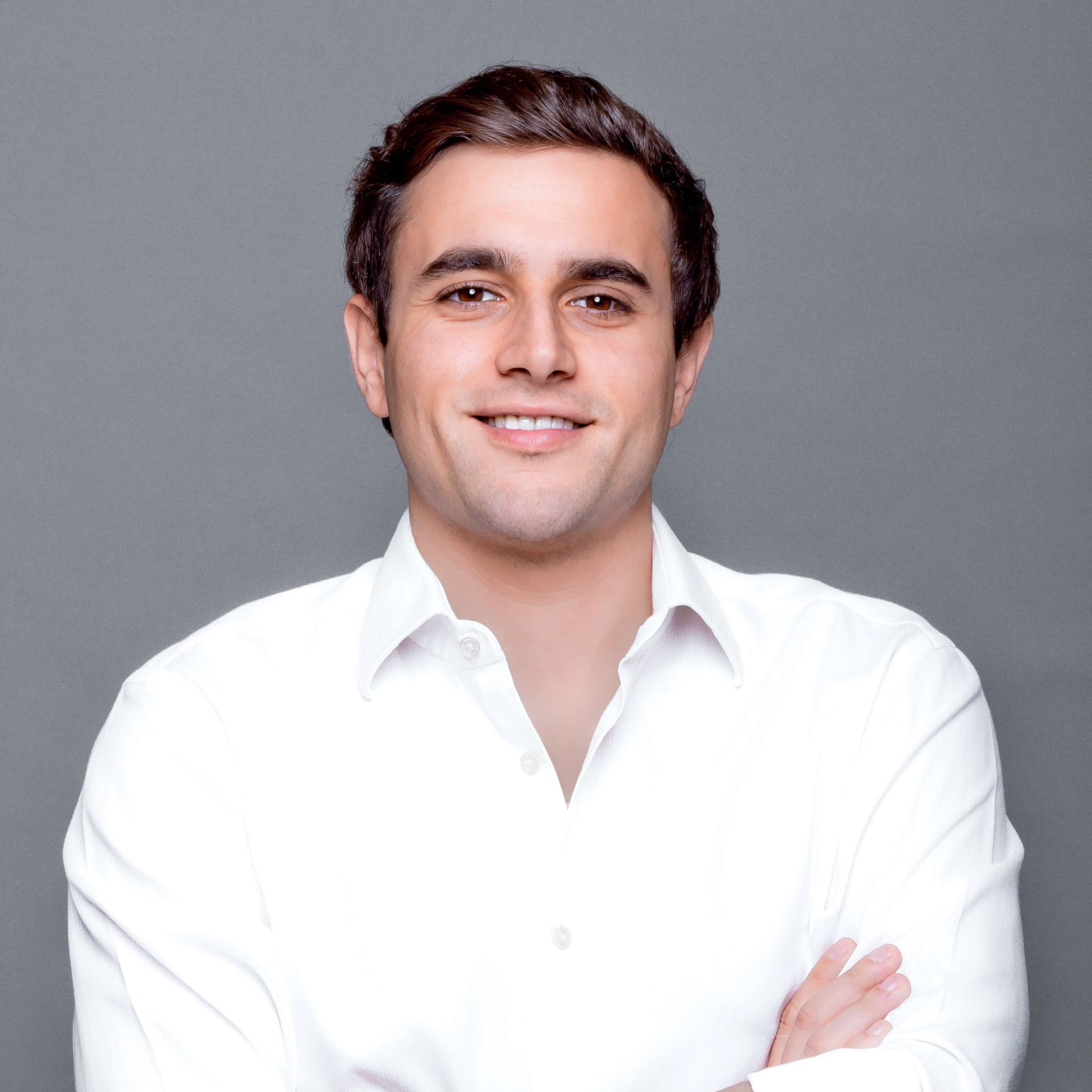 Gadget Flow: Building a Site in 24 Hours and Growing it to +$2M/Year

Evan is the founder of Gadget Flow, the number one platform to discover the best products on the market. With a really small team, he built it within 24 hours. At first, it grew organically, but then, Evan began to A/B test everything that they were doing and trying new marketing strategies.

Hey Evan! What's your background, and what are you currently working on?

My name is Evan Varsamis, I’m an entrepreneur, founder, and CEO at Gadget Flow Inc, Contributor at Forbes, Inc and Amex Essentials, speaker, investor at Qrator Ltd and advisor at Crowdreach and Sprint Fund. I’m 27 currently based in New York.

Gadget Flow is the number one platform to discover the best products on the market and stay up to date with the latest product releases and crowdfunding projects. Now Supporting AR & VR! We reach over 25M people per month with our web platform, apps, social media channels, and newsletters list. We’ve curated over 14,000 products within 180 categories and worked with over 6,000 brands since 2012 including HP, Pioneer, Sony, DJI, Polaroid and many others. We’ve helped thousands of crowdfunding projects by getting them exposure and backers through our platform and we are listed on both Kickstarter and Indiegogo as experts.

We’ve recently launched our suite of products to keep it more organized as we are running lots of projects at the same time. We have our podcast in which we interview CEOs, Crowdfunding experts as well as creators that raised millions of dollars on Kickstarter or Indiegogo, our Business Services, our Augmented Reality project that we’ve been working on since last September by being one of the first eCommerce apps on the AppStore that integrated Apple’s ARKit, our latest product “Crowdinsight” that helps creators get honest feedback for their crowdfunding project and our exclusive deals and discounts section for our users. We are also working on the Gadget Flow Academy project that we’ll be launching later this year.

I remember when I was 8 and I got my first computer that’s when I fell in love with technology. From games to hardware to software and everything in between. When I was 13 I started practicing coding and after a couple years graphic design. Before I turned 18 I launched a web design company with an older friend of mine and pitched our services to businesses while “having a website” was trending in Greece at that time.

As soon as I graduated from an American high school in Athens Greece I went to study Shipping and Finance at BCA a London Metropolitan backed University in Athens. I got my BSc served 12 months in the Greek Navy which is mandatory and at the same time, I was working on a couple different blogs that I had with Cassie Ousta, my partner. As soon as I got my BSc I went to work for a shipping company for less than a year which is when I realized that I had to do something creative and something related to tech so I rented an office right across the shipping company that I was working part-time and launched a Media agency with my best friend Mike Chliounakis. We were focusing on Digital Advertising, Graphic and Web Design, Branding, etc. and at the same time, we were running the 2 blogs that I was working on with my partner Cassie.

That’s when we came up with the idea of Gadget Flow on August 15th, 2012. We were struggling to find high-quality products online without having to read 1,000-word reviews or scrolling for hours on Amazon and we wanted to create a product discovery platform in which we’d surface great products every day! As soon as we launched Gadget Flow it took off organically. Therefore, I had to quit my part-time job in shipping and close the media agency in order to focus 100% on Gadget Flow.

How did you build Gadget Flow?

We launched Gadget Flow literally within 24 hours as we were very familiar with the process of building and launching a website. We’ve used a GoDaddy domain name and the cheapest hosting plan and a premium theme from Themeforest. The initial product looked nothing like today’s version.

One of the most challenging things with Gadget Flow was the hiring process. Considering that we were just 21 when we launched the company we weren’t experienced and as a self-sustained and profitable business since the first year these decisions could make or break your business really fast.

Gadget Flow grew organically during the first few months and then I kind of took over its growth. As a self-taught designer, developer, marketer and experienced with running, promoting and monetizing blogs, I had hundreds of ideas on how to promote and monetize Gadget Flow.

Mid-2013 I started working 15-hour days A/B testing everything that we were doing from social media posts to designs to features and functionalities. We were trying to build our product on top of our user base by getting as much feedback as possible. We partnered with other companies, did a lot of cross-promotion, giveaways, and social media marketing. We started to see traction the first month we’ve launched Gadget Flow, people were hooked with the idea of surfacing and discovering cool products every single day and that’s why we’ve been publishing 12 new products every single day since 2012.

Growing a company without any kind of funding during the recession is not easy. For the first couple years, we were pretty much doing everything with just 4-5 people in total which was really tough and exhausting but definitely worth it. Our goal was to grow Gadget Flow organically without using ads, paid listings or paid partnerships and that’s exactly what we did. We got creative and it worked! We partnered with other brands and their social media accounts in order to acquire customers, kept optimizing our copy and a/b testing our marketing messages, launched weekly giveaways, partnered with brands in order to offer exclusive discounts and deals to our users and at the same time since our numbers were growing we had lots of customers reaching out to us wanting to advertise their products and that became our primary business model after 2013.

Managing a company of 25 people at 25 / 26 is fun but definitely challenging. Launching/growing your own business today requires total commitment, it’s nothing fancy for the first few years. 15 hour days, missing out on experiences with your friends and family because you have to work is not cool but it’s an investment towards your future and your company, if you keep remembering that you’ll be okay.

Like I’ve mentioned earlier one of our biggest challenges was hiring the right people at the right time, especially in the beginning we wanted to pretty much stretch ourselves as much as possible before hiring someone so we are 1000% sure that we need to fill that position.

Which are the disadvantages?

Gadget Flow is headquartered in New York but it’s 100% remote with people from both west coast, east coast as well as Canada and Europe. Some people might say that at this stage not having an office might be a disadvantage but I’d disagree, being remote is one of the best decisions we’ve ever made it gives you the flexibility to travel and work as much as you want as well as change your work environment whenever you want.

We don’t have any direct competitors as a platform but instead many indirect that are trying to achieve the same results as Gadget Flow. On top of that, we have many copycats trying to copy our design/market approach every single day and our legal team has engaged with such websites over 15-20 just the past year. One of the things we are focusing on is to keep innovating and releasing new features and improvements for both our customers and users, this way it’s almost impossible for all these copycats to keep up with our progress.

During the process of building & growing Gadget Flow, which were the worst mistakes you committed?

Not hiring fast enough. You know, as a founder you think that you can do it all the first few months but that’s not true and I realized it the hard way after I had a minor burnout. The truth is that the faster your hire people to help you with the small tasks you can focus on growing your business.

Another mistake is hiring the wrong people. We didn’t have an HR manager or someone experienced in our team so it was 100% based on some key factors and our gut that lead to a couple bad hires throughout the years but looking at it from a percentage perspective our success rate is over 90% which is good.

I don’t have regrets and I wouldn’t change anything as I’m very grateful and excited with how things turned out.

Working out and mediating clears your mind. As an entrepreneur you keep thinking about ways to scale your business, generate more revenue, get more customers every single minute, I’ve had some of my best ideas while I was in the shower and I had to rush off, grab my phone and make notes.

I didn’t read many books when I was a kid, in fact I started reading 3-4 years ago, I started with Steve Job’s biography then continued with a book called “Never Split the Difference” by Chris Voss which is related to negotiations and also inspired me to take a course at Harvard HBX (Negotiation Mastery) that I totally recommend if you are in a management position. I also read a couple books from Tony Robbins and followed Gary Vaynerchuck for about a year. I watched a lot of Diggnation with Kevin Rose and Alex Albrecht and listened to tens of podcasts related to productivity, bizdev and minimalism. I also recommend reading ZenHabits blog by Leo Babauta.