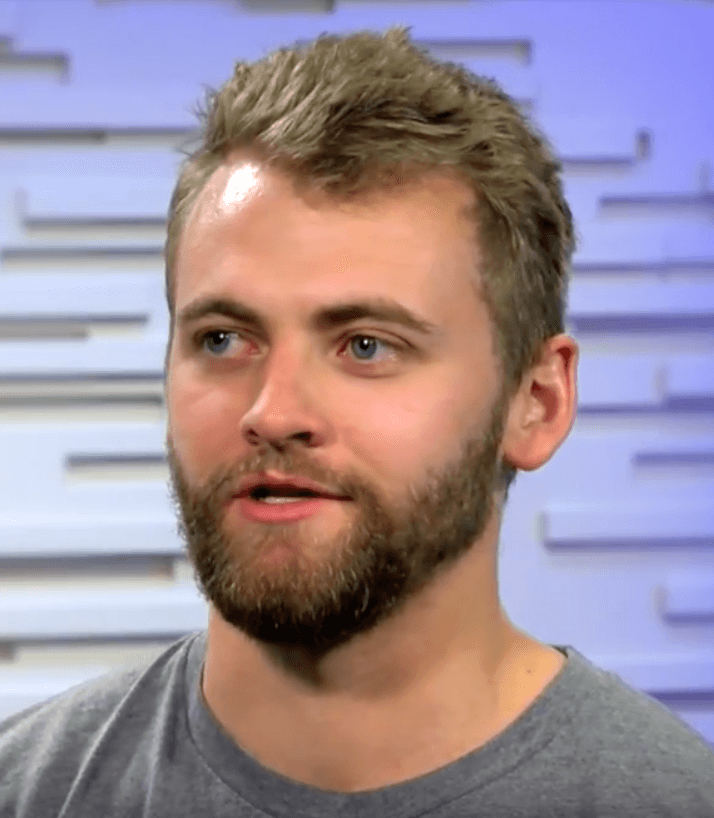 Jeff Orr and two friends in college started Gulp- an app to pay bar cover. Gulp was meant to replace the inconvenience of having to go an ATM to pay for a bar’s cover fee, but with the lack of affiliate marketing knowledge and some bad unit economics, the friends quickly ran out of money.

Hi Jeff! What's your background, and what are you currently working on?

Hey! I’m Jeff Orr, a 24-year-old product designer, and entrepreneur based in San Francisco. These days I help founders go from idea to launch at MVPDevelopment.

This is the story of Gulp - an app started by two friends in college to pay bar cover. I joined as a founding team member focused on marketing and user growth.

The idea was simple - rather than having to go to an ATM to pull out cash to pay for entrance to the bar, you could use Gulp (which added a $.99 convenience fee) to pay digitally.

What motivated you to start Gulp?

We were 19, 20, and 20 at the time. Since we were all in university, we had a lot of time on our hands. The idea was a classic example of scratching your own itch.

This was an SEC school, so there were about 30,000 students and a good proportion of them partied a lot. There were 10 major bars downtown and on any night of the week, you could find one that was packed.

In order to enter the bar, you typically had to pay $5 to $10 in cash at the door, referred to as “the cover.” Usually, that was the bar’s profit, and there were drink specials sold at cost.

If you didn’t have cash, you’d have to go to an ATM - which meant getting hit with a withdrawal fee (plus the annoyance of losing your spot in line).

After experiencing this pain ourselves and witnessing countless others, we figured people would appreciate a cashless alternative.

Since our founding team was non-technical, we hired a recent graduate as our developer for $150/hour. This guy built the Newsy app, which sold for ~$30M, so we knew he was legit.

All in, the app cost around $15K, which at the time was all of our savings and then some. The app was built in around 2 months.

One of the big UX challenges we had to figure out was determining how users would buy and redeem covers. In the beginning, we decided that users would buy “digital covers” which had a QR code that doormen could scan at the door using their phone. This method worked well enough for launch, so we did it.

For the launch, we convinced 2 of the 10 bar owners to accept our digital covers to test the viability of our app. We told some friends the app would be available on a Monday night, we spent $75 on Facebook ads announcing the app would be available, and we tweeted to our 250 followers that we attracted by word of mouth. The app was not approved by the App Store until that afternoon. Just in time!

We showed up early, grabbed a booth and some drinks, and waited for the crowds of people to show up to use our new app.

Only 25 people had downloaded at this point, but I guess we expected people to download it on their way to the bars. No surprise now - they did not. It was just us and a few friends.

The team and bar owners were happy that the app had worked for a few people, but it definitely was not the explosive launch we were hoping for. On the bright side, the people who did use it had a smooth experience. We learned from this that “if you build it they will come” is generally not true.

So we implemented a few strategies to market our app:

We were getting users for about $1/each blended. In one month, we acquired 2,500 users - about 25% of the bar-going crowd. We even had some haters (which typically means you’re doing something right).

Processing these $5 covers cost us $.47 each time.

We bore that expense because bars were already hesitant to reduce the amount of cold hard cash they brought in. Plus, customers' ability to pay cover by credit card wasn’t a benefit strong enough to attract customers to one bar over another.

We charged $5.99, and people knew they were paying an extra $.99 for convenience. A $1 convenience fee was better than $3 at the ATM, and walking to an ATM.

Still, we were making just $.52 per cover, and users weren’t sticking. We processed $10,000 in cover purchases and averaged less than 1 purchase per user.

Which were the causes of Gulp failure?

The unit economics didn’t work (see above) and our value proposition wasn’t strong enough to change an existing behavior. Aside from the marginal transaction fees, we had no other way of monetizing other than ads, which (1) we had no idea how to implement (ie. sell placements), and (2) we had no money to implement.

It was one of those long drawn out failures where you deny that you’re failing for several months. You just sit there and feel stuck & miserable for months on end, rather than chalking it up as an L.

As an entrepreneur, you’re told never to give up, while simultaneously being told failure is ‘good’ (but it feels horrible in the moment). So you freeze up.

And so, the hard decision was made to move on. Shutting down a company is never a fun experience. However, the team learned a ton, got great opportunities, and every one of the founding team members went on to start bigger and better things based on the lessons learned from Gulp.

As the app started to pick up steam, we started getting emails saying door guys weren’t accepting their covers. So we went to the door guys to ask why, and they were very candid in saying it’s a pain in the ass to pull out their phone, find their own app, and scan drunk people’s phones. So it was back to the drawing board.

Ultimately, we determined that a user wouldn’t redeem a cover on purpose without getting an entry in return. So we created a button you would hold for 3 seconds, a yellow bar would fill behind the button over the course of those 3 seconds, and then the cover would vanish.

Users would simply redeem the cover in front of a door guy for entry.

Hindsight is 20/20, and I’ve been lucky to work with dozens of other entrepreneurs through mvpdevelopment.io, so looking back here’s one idea...

At the time, I had no idea what affiliate marketing was, or how referral agreements were structured. What would businesses pay for a customer referral?

We should have implemented some combination thereof to gamify our app. Users redeem points for covers, and points could be collected in a number of ways:

Point economics would be structured such that we make 3x or 4x the actual cost of a cover. That way, bars charge us $5/cover but we make $15 to $20 as a student collects enough points to buy a cover.

This solves profit and value proposition issues, but there are a few more benefits:

Who knows if this would work, but the point is that we should have found better ways to leverage the marketplace of users and bar owners AND figured out unit economics early before running out of cash.

I love books about grit and stories of people going from nothing to something. Some of my favorites:

Pretty much everything about me online can be found on my website, my recent projects live at WeBuildYourApps and I occasionally write on Medium.

Reach me directly at jeff@maplyapp.com!