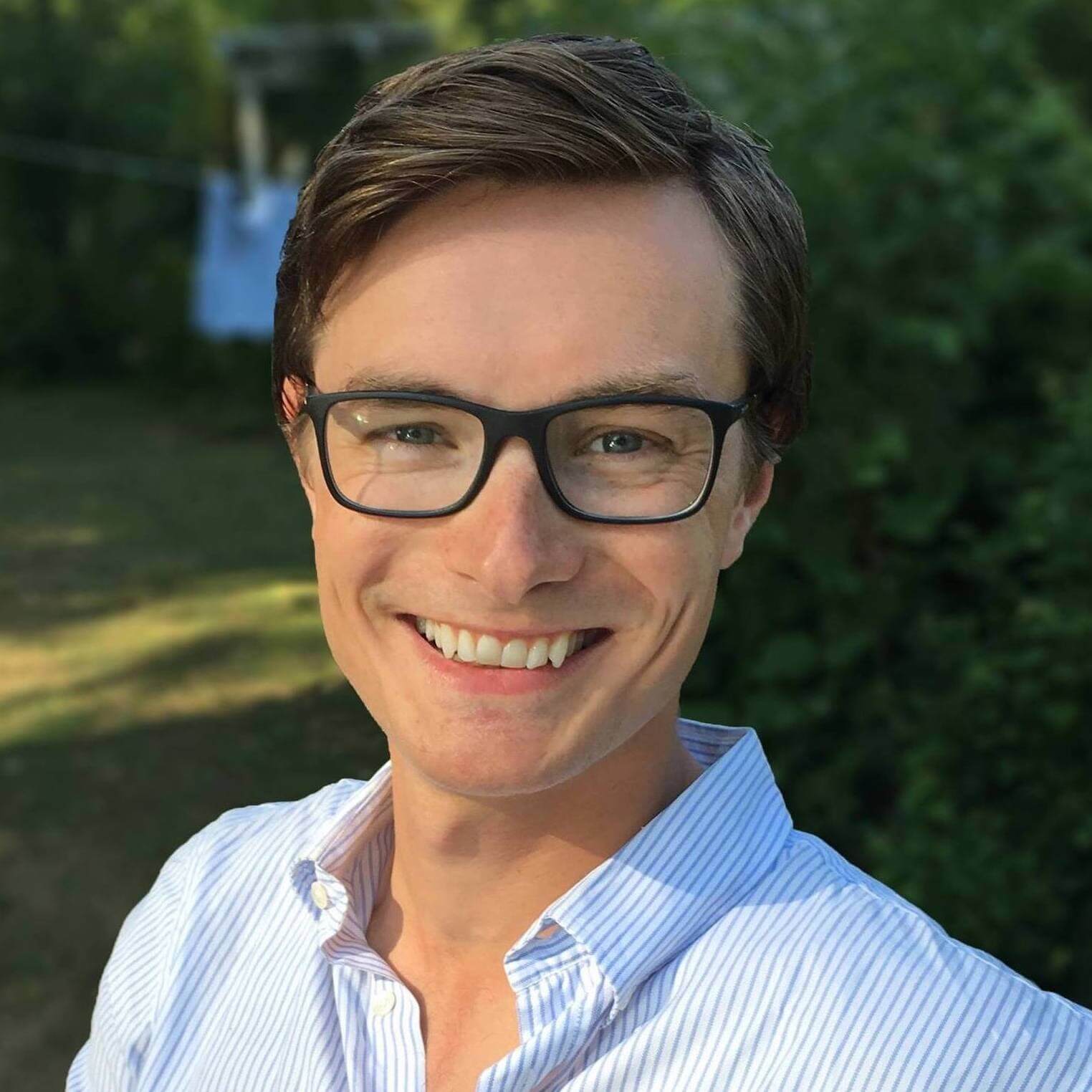 Holger Sindbaek is the founder of Habitual, a habit-tracking app that was initially created since Holger could not find an app that could suit his habit-tracking needs after reading Atomic Habits book. With other successful apps under his belt like a Solitaire card game played by 3M people per month, it seems like he has the knack of making startups fly. So what went wrong with Habitual? Discover it in this interview.

Hi Holger! What's your background, and what are you currently working on?

My name is Holger and I’m a designer-turned-engineer from Denmark. I studied design in school, but at the end of my schooling, I realized how hard it was to get programmers to code the things I designed, so I ended up learning to code myself, which is mainly what I do today.

I have always been interested in the startup world, which initially led me to work as a designer at a long-forgotten startup in San Francisco. After that, I attended Hacker School (now called Recurse Center), which is akin to a writer’s retreat, but for programmers. During my time at Hacker School, I really went into programming and I ended up working as a front-end programmer for a startup in Denmark.

A couple of years later, I co-founded a startup in NY called Slang which was a marketplace for sneakers and streetwear. Our startup ended up sharing the same story as a lot of other startups and after 3 tough years of constant work, dedication, and ups and downs, we had to throw in the towel.

Through all that, I’ve always been building smaller projects on the site. They were the best way to keep learning new languages and technologies. This led me to building one of the most popular calculators on the Mac App Store (initially built in Objective-C and later in Rubymotion) and a Solitaire card game website (built with React and other JS-technologies) where people play 3 million games of FreeCell, Spider, and Klondike Solitaire each month.

My latest side-project was called Habitual and it was a habit tracker that helped users form great habits, reach their goals, and get their lives in order. This whole interview will be around the origins and shut down of this startup.

What motivated you to start Habitual?

I started Habitual after reading Atomic Habits by James Clear, a book I can highly recommend to anyone interested in how habits function. This book outlined the psychology behind habits really well and made the path to creating a good one and breaking bad ones really clear to me.

Being the programmer I am, the first thing I did was to see if there were any apps out there that could help me apply all these things I learned about in Atomic Habits. I did find a surprisingly big amount of habit trackers out there, but none of them were to my liking. They were either too techy, with lots of graphs, or too flimsy, with big buttons and nice illustrations, but not much overview of how you were doing. I kind of felt like Goldilocks with all these apps, since none of them felt right and I knew that I’d end up not using a non-essential app like this unless it felt right.

Thinking back, it was the good old story of a developer scratching his own itch. And I guess it didn’t hurt that I wanted to get into programming in React native.

Every app starts with a design, which I did on Sketch. I kind of had an idea in my head of how the design of the app should be. I took a lot of inspiration from Things, which is my absolutely favorite todo-app. That app has a very underplayed design, in the sense that the layout is not sectioned up as much as a lot of other apps and it doesn’t have a lot of different bells and whistles when it comes to the design. It’s straightforward to start using the app for beginners and it has all the complexity needed for power-users. After a lot of iteration, I ended up with something I liked.

I build the app in React Native, which was one of the reasons I did the project in the first place. I used Expo as a base since they had over-the-air deliveries (which I absolutely loved) and had libraries for a lot of different base functionality I knew I needed in the app. They were also cross-platform, which meant that I’d have a relatively easy time “converting” the iOS app into an Android app (sadly I never got around to doing that).

The monetization strategy was much the same as many other habit trackers. For my app, I decided to allow people to have 3 habits for free. After that, they could start a free trial which would lead them to a subscription for a month, a year, or a one-time purchase for a lifetime subscription. To ease the implementation of subscriptions and purchases I used Revenuecat, which I can highly recommend anyone who’s about to deal with in-app purchases in an iOS or Android app to use. It makes life much easier.

This is basically where I fell short. Like so many other programmers who do a side-project, I never really gave too much thought into how I’d get the word out there. I think many programmers are under the assumption that if the product is good, it’ll spread by itself. That’s just not the case.

The biggest thing I did marketing-wise was posting the app on Product Hunt, where it got a semi-good reception. Partly because I posted it on a Sunday, which doesn’t seem to be the day people are thinking about optimizing their lives, and partly because Product Hunt has been overflowed with different habit trackers.

After launching on Product Hunt, I didn’t really have much of a marketing strategy, so the app was kind of left dead in the water from there.

Which were the causes of Habitual failure?

I still haven’t given up totally on Habitual. I use it myself and love it and I have a small crowd of people who are using it as well, so I’ll keep maintaining it. Measuring Habitual’s success in commercial terms, it’s definitely a failure though.

The main cause for Habitual’s “failure-to-launch”, was definitely me underestimating the importance of marketing. One reason for that is that my background is not in marketing. Frankly, I really don’t like doing marketing, so I tend to push everything marketing-related to the back of the queue. I think a lot of other programmers feel the same way.

Another reason I underestimated marketing so much, can be found in the nature of the other side-projects I’ve made throughout my time as a programmer. One of the very first apps I made was a top-bar calculator for the Mac App Store and the way people tend to find such an app is by searching “calculator” in the Mac App Store. In other words, the way people discover such an app is through search so I don’t have to do much marketing work.

Another project I’ve had great success with is Online Solitaire, a website where you can play all the classic solitaire card games such as Klondike, FreeCell, and Spider. Again, the way people find such a site is through search. There’s really no big marketing campaigns one can run for such products.

So looking back, even though I had experience in making apps and websites and I’ve had a great number of people using them, I never really had any experience in marketing, which was crucial for an app like Habitual.

I didn’t really have any expenses from the app. When programming an app, there are so many great services out there and as long as you’re under a certain limit (which is often relatively high), you won’t be charged.

I did lose most of my summer though, which in hindsight certainly was a loss. These projects tend to grow as you’re doing them and before you know it, you’ve spent a month and a half instead of 3 weeks as I had estimated.

I’d find someone to partner up with. I’m definitely not good at marketing and I most likely won’t become good at it, since I don’t enjoy it. So if I’m ever to do a project like this again, finding someone who compliments my skills to do it with, is a must.

I’d also think twice about going into a market so crowded as the habit tracker market. At the time I started programming my app, there was already a good deal of habit tracker apps out there. None of them were to my liking, but a lot of other people seemed to use them. So if you’re making a new product in a crowded market, you better make sure your product offers significant advantages over the other ones.

On a daily basis, I visit Hackers News, which is great for keeping up to date on everything startup-related. I also visit Product Hunt daily, which I use to keep up to date with the latest apps, websites, and such. After being on Product Hunt for a while, one can also kind of spot certain trends come and go. Certain types of apps, services, and websites seem to emerge around the same time, which is interesting to see.

I visit Dribble from time to time, to see what trends there are within the design world. It’s also a great place to gather some inspiration if you’re designing an app or website.

Lately, I’ve been listening to the Indie Hackers podcast. Reading interviews with people who have startups, small businesses or just side-projects like the one I have is also a great inspiration and I’ve learned a lot from that. Indie Hackers have from great interviews, so does Starter Story, and of course, Failory, if learning what not to do is your thing.

You’re always welcome to hit me up if you have any questions or thoughts you want to share. You can also check out my website or find me on Linked In.

If you like Habitual, see a future in it and you’re a marketing-savvy, don’t hesitate to write to me. Who knows, maybe we can revive Habitual together :-).