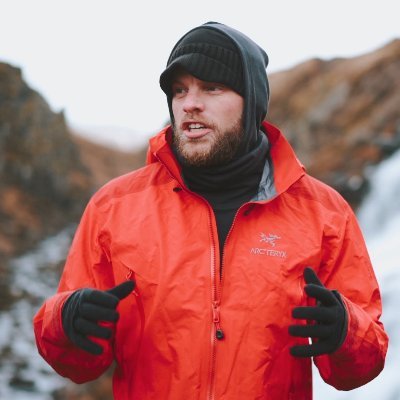 Joel founded IMPOSSIBLE, a performance lifestyle company focused on helping people push their limits and do the impossible. It originally started as a blog and has turned into a fitness empire with several businesses making multi six figures per year.

Hi Joel! Who are you and what are you currently working on?

My name is Joel Runyon. I’m an endurance athlete and entrepreneur and founder at IMPOSSIBLE.

IMPOSSIBLE is a performance lifestyle company focused on helping people push their limits and do the impossible.

There are several components to it. First, there’s the blog, IMPOSSIBLE, and the impossible list where I share lessons and inspiration about pushing your limits.

Impossible Fitness has exercise tutorials, videos, and training programs to help people do various fitness challenges on their impossible lists.

There’s also the Impossible Gear site - which is our eCommerce component selling performance apparel + supplements - along with our famous impossible shirt.

One of our core values is making it possible for others to push their limits as well - so we started Impossible.org to give back and help students and entrepreneurs do just that.

However, in addition to IMPOSSIBLE, we have several sister businesses including a meal planning app, a mobility exercise coaching app, and a free blog setup service.

I also advise and invest in a small number of health, fitness, and productivity-focused startups.

I started IMPOSSIBLE originally as a blog to be an impetus to do something interesting with my life. I was sitting at home, living in my parents’ basement - watching a ton of Netflix and wishing I could do something in my life worth writing about.

I had done everything you were supposed to do - but graduating in the middle of the 2009 recession meant I was doing temp jobs at UPS and wondering “is this it?” Was it all worth it?

Everything seemed impossible for me so I turned to the internet. I saw people like Sean Ogle quit their job, move to Thailand and start side quests like going to the top 100 bars in the world. Chris Guillebeau was traveling to every country in the world. I wanted the freedom to do any of that, but it all seemed unrealistic for someone like me.

I made a list - but it all seemed so preposterously impossible that I called it an impossible list. That said, after one time of going through it and realizing that there was one thing on the list I didn’t have an excuse for - running a triathlon.

I didn’t know anything about triathlons, but I signed up, trained for it, and did it.

I realized at the end of it - that I spent so much time telling myself I couldn’t do stuff and I just did one of them! What else could I do if I just went for it?

I decided to take on harder challenges - longer races, better jobs, and eventually starting my own business - all while writing about it.

The writing kept me accountable and then I realized that people were not just interested in the stories, but they wanted to do it themselves.

That let me start sharing my experiences, showing how I went about something, and then turning it into different products (which then let me do more things).

My first product at IMPOSSIBLE was because I wanted to get six-pack abs and do a photoshoot. Vain as hell, but hey - it was a fun idea. I did that, did a dope photoshoot in an abandoned building outside Chicago, and then got asked a bunch of questions about how I did it.

I realized people are interested in what you do, but they’ll pay you to teach them how to do it.

So, I quickly made a product around it. In the product, I talked about Intermittent fasting and the paleo diet. This was in 2012 as paleo was about to blow up.

I got so many questions about it - that I built a one-page guide to answer all the questions I had gotten. That site began to get so much traffic that we put up ads & affiliate links to pay for the hosting.

Slowly that business grew on its own, spun out into its own company, and evolved to include keto, carnivore, and other real-food, low carb diets, an award-winning paleo app, and a meal planning tool.

Meanwhile, as IMPOSSIBLE expanded, I set out to run an ultra marathon on every continent to raise funds for charity. On race #1, I got dramatically injured and had to rehab myself back to health through physical therapy. That led me to create a mobility exercise coaching app - MoveWell.

Now, Impossible is evolving. We’ve spun our fitness content over into exercise demonstrations, tutorials, and goal-focused programs at Impossible Fitness. We have our e-commerce products (apparel right now, but performance fuel coming soon). Our Impossible Shirt is by far our best-seller.

Our process is usually something along the lines of “experiment with a few things, see what people are interested in, and then build a product around that.” It seems to be working well so far!

Over the years with IMPOSSIBLE, I have done hundreds of interviews, guest blogs, and podcast interviews. The primary way that I’ve grown has been acting like a human to other people and trying to help their businesses. We’ve seen tremendous growth through organic channels like SEO, but a HUGE portion of the impossible audience comes organically via social and through things like the impossible list - which we’ve had thousands of people go on to create their own.

We’re continuing to invest in “sticky” marketing that grabs people’s attention and inspires them to push their limits - specifically with video + photos.

MoveWell primarily grew from my existing IMPOSSIBLE email list. Over time, it’s garnered its own small cult following in the recovery space and we’re continuing to push on that as we create more and more useful content. Our organic marketing has started to take off recently with some posts like our mewing and stretches databases doing very well.

These businesses sort of grew on their own. At first, I thought they would be a very similar audience as IMPOSSIBLE - but their demographics skew very differently. It turns out most of our traffic is organic - either through search or social and skew heavily female.

Our meal planning app has become quite the standout lately and we’re going to be rolling out an affiliate program to help us scale up even faster soon.

Going forward, My main goal is to focus 100% on IMPOSSIBLE and own / advise on everything else.

With IMPOSSIBLE, we’ve firmed up our product offerings, are rolling out more fitness programs focused on people’s goals while completely overhauling all of our impossible gear inventory + offerings (and we just got on Amazon).

The impossible shirt and the impossible list continue to be the base and inspiration for hundreds of thousands of people to push their limits and do the impossible. It’s so cool to see people finally go do the thing they’ve been talking about doing while wearing their impossible gear.

We are building out more custom performance gear and fuel and are excited to launch both this year.

For all the sister projects - our nutrition content businesses, meal planner, mobility exercise app, and blogging site - I’m moving more into an ownership role and spending less time personally on them.

I want to do more investing + advising as I’ve done for LMNT electrolytes and other brands.

I also want to spend more time doing more fun adventures. A few things on my impossible list this year are spending the time to learn to kitesurf and other epic running projects if travel starts to open back up (fingers crossed).

Since starting Impossible, what have been your main lessons?

With IMPOSSIBLE, we’ve had no limit to people copying our brand, steal domain names, and even straight-up copying our logo. It’s been a massive headache, but something that I’ve come out the other side with a huge trial-by-fire knowledge base and I try to use it to help other entrepreneurs avoid the same headaches I’ve had to deal with.

Business-wise, one of my biggest mistakes was overinvesting in the content on our Ultimate Paleo Guide site and not investing enough in marketing the content we did have. you can call this going “wide” instead of “deep” - which I wish we would have done sooner.

For example - our beginner’s paleo guide and recipe section are hugely popular - we built out tons and tons of recipes, but we could probably have done half the content and twice the promotion.

Also - when we moved from manual meal plans to our meal planning app - we took on a MASSIVE technical challenge + upgrade. We should have done this in smaller steps rather than biting off a big chunk in one go.

When you find something - jump on it - we’ve found great success with our stretching pages and mewing guides on MoveWell so we’re doubling down on those.

One of the good things about having multiple sites is we can quickly learn from our mistakes + correctly quickly. For example, when we saw how well MoveWell was doing, we built out ImpossibleFitness.com in a similar way so we could scale up much faster and reach more people.

A Blog - I recommend everyone start a blog. I built a beginner’s blogging guide and even built a standalone niche site - startablog.com - to help people set up their own (for free).

I find that publicly blogging has been one of the best ways to connect with other people throughout the process. When people ask how I’ve made connections or know other people doing things - my answer usually boils down to “about 10 years of connecting with different people online.” Somehow that’s never the “quick trick” that people are looking for, but it’s true.

Ulysses - I do all my writing in this app. It’s great for markdown, lets me outline ideas or get something blog-ready easily. I can also export directly to WordPress, so that makes things even easier as it eliminates the copy/pasting back & forth.

SEOPress - I moved all my sites from Yoast to this plugin recently. I find it’s better, faster, and pushing out updates quicker.

CloudApp - This app saves me so many one-to-one calls and emails with my team. In 30 seconds, I can screen share or create gifs to show someone exactly what I’m talking about instead of “telling.”

Around.co - I use this for team calls instead of Zoom. It’s a markedly better experience and I can’t explain why - you just have to try it yourself.

Roam Research - I brain dump in this all the time and use it for scratch notes for my day and for organizing book notes. It helps me make connections I didn’t consciously think of before.

A Moleskine Notebook - No matter how many apps I use, nothing is a substitute for writing down all the things in a notebook that I want to do in a day and not letting myself go to sleep until I finish all of them.