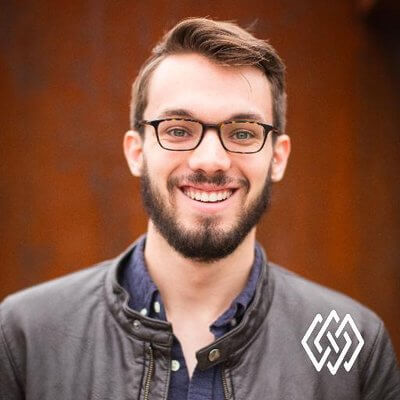 Andrew Askins, in partner with two of his best friends, started his company Krit in 2014. In 2015 they launched Ink, a tool that let freelancers create contracts and get them signed online. They got a couple thousand free users, but ultimately got burnt out before they could make the business model work. Now, they have been able to overcome this failure and build a successful consulting business.

Hey Failory! My name is Andrew Askins, I’m a jack-of-all-trades from Charleston, SC. My story is a little different from many of the others here because our product failed, but our company is still going strong.

I started my company Krit with two of my best friends in 2014. At the time I started Krit I was still a full-time student (I was actually studying abroad in Scotland for the first 3 months). It was a strange time because I was running a company but wasn’t legally about to drink in the states.

In 2015 we launched our first product Ink. Ink was a tool that made it super easy for freelancers to create contracts and get them signed online. Users got 3 contracts for free and could then buy packs to get more or a monthly subscription.

We got a couple thousand free users, but ultimately got burnt out before we could make the business model work. Along the way, people had started reaching out to us to help them build their products. So, in October of 2015, we shut down Ink and started focusing full-time on consulting.

Today, I’m still growing Krit. We’re now completely focused on helping non-technical founders at early stage startups build and launch products of their own (while avoiding the mistakes we made along the way).

What motivated you to start Ink?

My background is in software engineering. While in college I got a job, I had no business getting. I was one of the first 6 hires at an iOS development shop. I knew almost nothing about iOS development when I started (I didn’t even own a smartphone yet), but I was willing to work for cheap so the founders took a flyer on me. I learned fast and managed to stick around.

We were constantly building and launching new products (6 apps in the first two months I was there, and I worked on 5 of them) so I learned a ton. But I immediately knew I wanted to try to build something on my own.

Around the same time, some people I knew were starting an accelerator program. They knew my friends and I were trying to start something of our own and had the technical chops to build a product.

Because we were in Columbia, SC (where we were living and grew up) their other teams were mostly non-technical founders. So, they gave us a check for $16,000, access to some incredible mentors, and basically told us we could work on whatever we wanted to.

When we first started the program we actually wanted to build a Dribbble competitor. I was trying to learn design at the time and was frustrated by how hard it was to find people to give me feedback. But our mentors running the accelerator program encouraged us to start doing user interviews and pushed us to figure out our business model, and we quickly realized there wasn’t much of a business there.

When we decided to build software to make working with clients easier we had a huge, grand vision. Not enough designers used creative briefs, or clear contracts, so our tool would have both of those.

Designers and developers were also bad at communicating, so we would map everything out for clients to the point that the whole project flow was crystal clear.

And clients were notorious for taking too long to pay, so we would build an escrow system that would hold the money for the project and automatically dispense it when deliverables were complete.

Our system would handle everything. Which is great except:

But we were naive and determined. So, we set out to build this massive, world-changing project management tool.

Rather than talk to our users to figure out the most painful part of the client project lifecycle, we just started building. Naturally, we started at the beginning, which meant creative briefs and project proposals.

The tech was built in Ember.js back when Ember Data was still in beta. So, we were running a production app with an often buggy and not super well-documented data library (fun times). The backend was all PHP (and I believe Laravel) because that was what we had the most experience with.

The code base was honestly a nightmare, it was all spaghetti code, we had no documentation, and things were just cobbled together. But, it worked well enough to get us users, so I don’t have any regrets there. As a developer, you should constantly be embarrassed looking back at the code you wrote years ago.

After months in buggy beta, we realized the creative brief tool was broken and no one was really using it. So, we decided to change things up.

Again, we could have talked to users to figure out what they wanted us to build. But instead, we decided, everyone needs contracts, right? And our proposals are basically contracts. We’re still going to build everything, but let’s go all in on this contract thing for now. So, we created the concept of different products within the larger system and decided the first would be Ink - the ultimate freelance contract tool.

We spent several more months in private beta - at this point, we were working out of a co-working space and would show new project changes to people working nearby. So, we were starting to talk to users, but just to show them new product changes, not to truly figure out what they were spending money on (and might spend more on).

And finally, we decided the product was good enough and it was time to find out if anyone would pay for it, so we launched on Product Hunt.

We were all technical founders - the original team was two developers and one designer. So, we really knew nothing about marketing. We would get heads down working on the product, and then go, “oh right, we need to tell people about this.”

Most of our users came from a successful Product Hunt launch, which is a completely unsustainable approach.

We had a moderate bit of success with content marketing, but we just never stuck to it consistently enough to build a really strong audience.

For current founders, technical or non-technical, find a channel that’s sort of working and stick to it with unrelenting focus. You should be spending at least 50% of your time on sales and marketing - and you need that unrelenting focus because consistency in marketing is key.

Which were the causes of Ink’s failure?

In the end Ink failed because we got burnt out as a team before we were able to make the business model work.

We finally launched the public version of Ink on Product Hunt in April of 2015 and shut it down in October of 2015. We had early signs of traction, but the business clearly wasn’t working.

We could have experimented with a new market by using our templated contract approach to save lawyers time on routine work. Or we could have tweaked the business model by removing the free contracts. Our competitor Bonsai for a long time gave contracts away completely for free as a loss-leader to sell their other products.

Our biggest mistake was getting too caught up in the building. We regularly overbuilt the product and didn’t spend enough time marketing and talking to customers. It took us a year and a half to launch Ink, if had started smaller we would have had more time to iterate on the business.

We will build more products of our own in the future. And the next time, we won’t build a single thing until we’ve spent at least a month on user interviews. And I mean we, in the early days the whole team needs to be focused on users and their problems above all else.

These are approximations because I don’t have the exact numbers any more:

I’m going to keep this simple. Here are the things I would do differently next time, boiled down into easy bullet points:

I’ve got to plug the Krit blog here, because we wouldn’t publish our content if we didn’t think it was valuable. I also love Justin Jackson, Baremetrics, Groove’s blog and Stacking the Bricks.

Of all the startup podcasts out there, my favorite lately has been the Indie Hackers podcast.

If you’re a non-technical founder and want to learn more about how we help startups build profitable companies you can check out the Krit website. We also have a weekly newsletter full of great advice for founders. Each week has a different topic and is packed with info but designed to be read in 5 minutes or less.

If you enjoyed this interview and want to connect with me the best place is usually Twitter. Or you can also visit our FB group, in which we talk about VR marketing and sales. Thanks for reading, and good luck!