IWantThatFlight: Turning a Script into a +$110,000/Month Site 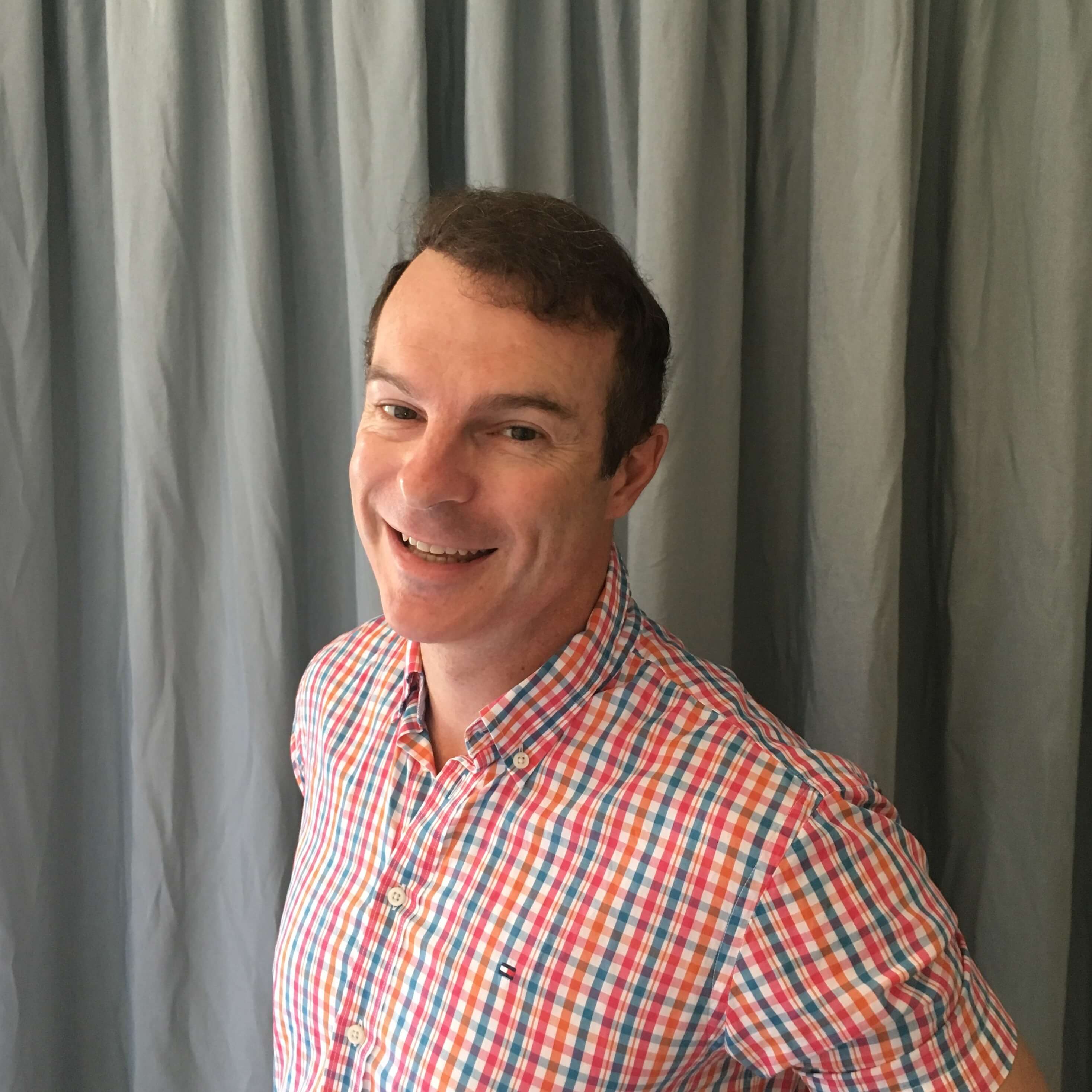 IWantThatFlight: Turning a Script into a +$110,000/Month Site

Garth has built lots of websites, one of which was IWantThatFlight. Back in 2001, there wasn't an easy way to compare flights. So, he decided to write a simple script to compare some airlines. SEO began to work and thousands of visitors start arriving at his website. Garth is now making a +$110,000/month!

Hi Garth! What's your background, and what are you currently working on?

Hi, my name is Garth Adams. I've built lots of sites over the years - sudoku.com.au, accountantlist.com.au, netlaw.com.au, kakuro.cc and more recently the travel site iwantthatflight.com.au. I'm 45 and based in Melbourne, Australia. I work a few days from home, and the rest in a great co-working space with the rest of the team (a massive 2 more people!).

I have always been interested in computers – I’ve been programming in one form or another since primary school. I’ve always loved the creativity and the speed. You can start out with absolutely nothing and have something worth showing in just a few hours or days. This was true back when I started in the 80s and even more so now.

What were your motivations to build IWantThatFlight?

I first came up with the idea in 2001. Back then, there wasn't an easy way to compare flights (this was before kayak, skyscanner, etc) so I wrote a simple script to compare the 3 airlines that serviced the Australian domestic routes I was interested in. I was working full time for a rail infrastructure company (so interesting!) and just did this in my evenings.

Then out of nowhere Sudoku came along and I had the good fortune to purchase sudoku.com.au. Sudoku was huge worldwide, and my site quickly rose to 50,000 visits a day. I quit my job, and went all in on Sudoku (not a something you hear every day). I coded up community features around the puzzles and at its height, it was hosting real-life parties all around the world. All good things come to an end, however, and after 2 years Sudoku cooled and traffic dropped off. I didn't want to go back to working for other companies and so hunted around for something else to do. After a few false starts, I dusted off IWantThatFlight.com.au and have been plugging away ever since.

Have you had any failed business?

The biggest dud I have had (out of several) is blogfight.com. This site allowed you put a widget on your blog (this was back in 2007 when blogs and widgets were huge) and it would match you up in a "fight" with another blog - that would be decided by traffic over a certain duration (e.g. a couple of days, a week etc., whatever you & the other blog owner decided). So, you and the other blog owner had a reason to trash talk each other, poke fun, rally your subscribers etc. and generally inject a bit of rivalry into the blog scene (and generate some extra traffic). I based the idea on a few contests I had seen between other blogs around that time.

I spent weeks coding it all up. Making sure the widgets could handle the traffic. Making sure traffic fraud was accounted for. Everything. But not a moment spent on how it would make money, or even how to get the blog owners interested in taking part. I wasn't part of the blogging community so I didn't even have a peer group who would use it just because they knew me.

In the end, I canned it before even launching it properly, which was the right decision. Not knowing how the business was going to make money was just plain stupid, but the biggest lesson I learned was that I have to have a marketing channel which I know will work before starting on a project. The channel might be your email list, Twitter followers, Facebook or even the Buy-Sell-Trade section of a niche forum - just make sure you have something you know works.

How did you build IWantThatFlight?

The initial script took just a few days – but then it was at least a year before I set it up on a public domain. I sent an email around to my friends asking them to try it out – but the UI proved “difficult”. I was requiring people to leave their email address, and I would email them the cheapest flights that were found. I struggled with this format for a while before dropping it in favor of live results.

I had been using VB.Net in my previous jobs, so continued.

You name it, I've tried it. I had early success with SEO and so for a number of years I spent all my effort on that. SEO has the huge amounts of traffic for a B2C site, but of course you spend a lot of your time working to improve the site for search engines rather than users. I have also tried giveaways (nope), affiliates (ok, but doesn't move the needle), Twitter (too much all over the place), Adwords (too expensive) and traditional PR companies (no noticeable effect).

How did you employ/approach these tactics?

SEO is great for bringing in traffic, and also allows you to target the right "sort" of traffic. You can target search terms that are close to the purchasing section of the funnel. Facebook is great for the targeting ability and for the cost (vs Adwords which allows you to do similar targeting but is much more expensive).

What didn't work? Why?

Traditional PR. I spent several thousand on a PR firm. They got a few mentions in newspapers, but didn't have any boost in traffic (or anything) that we noticed.

Google Adwords. This is a killing zone for travel searches. The bid prices have been pushed so high by companies like Expedia, Booking and Kayak that I have found it impossible to make money through Adwords.

When did you start to see traction? How did that feel?

The site puttered along for a few years as a side project. It wasn't until my main site (sudoku.com.au) started to decline that I decided to invest more time into iwantthatflight.com.au and actually see if it could become something (through SEO). Luckily, this was back in around 2006 so there were 2 things going for me:

Once traffic started to pick up the main feeling was relief, actually. I had been running my own business for a number of years, but was only a few months away from being forced to go back to work.

Have you found anything particularly helpful or advantageous?

Being able to code. Online small business owners who cannot code are forced to either use offshore agencies to save money or spend more and use a local coder. Offshore coders save you money but require you to have much better documentation/specifications, quality is extremely variable and timelines are usually much longer. Going local improves those areas but is usually much more expensive. I know several owners that wait months for even relatively small updates. Learn to code.

Around 2013 I realized that SEO just wasn't working for me anymore. I was competing against companies that were worth millions, if not hundreds of millions, and they had entire departments focused on SEO. And they were winning. I was slowly losing my rankings and by spending all my time on SEO (which wasn't working anyway) IWantThatFlight.com.au was falling behind competitors in usability and features.

I needed to let go of SEO and find a way to promote IWantThatFlight.com.au. It took a long time (Like everyone, I went through the entire "Traction" book) but eventually, I found a way to make Facebook work.

I also worked with forums to find out exactly what visitors wanted and reacted to. This wasn't so much asking what they wanted, but just constantly posting updates/information and seeing which had the biggest response.

Having 2 small children (3 and 5) during the most stressful time in 2013 probably did help, but they gave me a great release when I wasn’t working.

Flights Metasearch has become saturated by a few big players. Collectively, they own the majority of the market. The challenge is not only to grow your share of the market, but also to convince suppliers to work with you. They are often small as well and have limited resources – it can be tough to convince them to spend any time with you if they are already working with a major.

During the process of building & growing IWantThatFlight, which were the worst mistakes you committed?

Where to begin? Luckily, nothing that has proved too painful. The number one this was hiring without a practical test as part of the interview process and then having to let the employee go soon after hiring.

“Creating/Fixing/Updating the site does not equal marketing”. As a programmer, you tend to think that if I add this feature/fix this bug etc then the very awesomeness of the site will take care of marketing. This is almost never true. You must have a plan to market the site/business as well as a plan for the site itself.

I don’t normally like autobiographies, but “Explosive Growth” by Cliff Lerner was very enjoyable as well as useful. I came away determined to include AB in my daily work (which I did, for a while).

I don't have any social networks right now!