How COVID-19 Killed this App Side Hustle 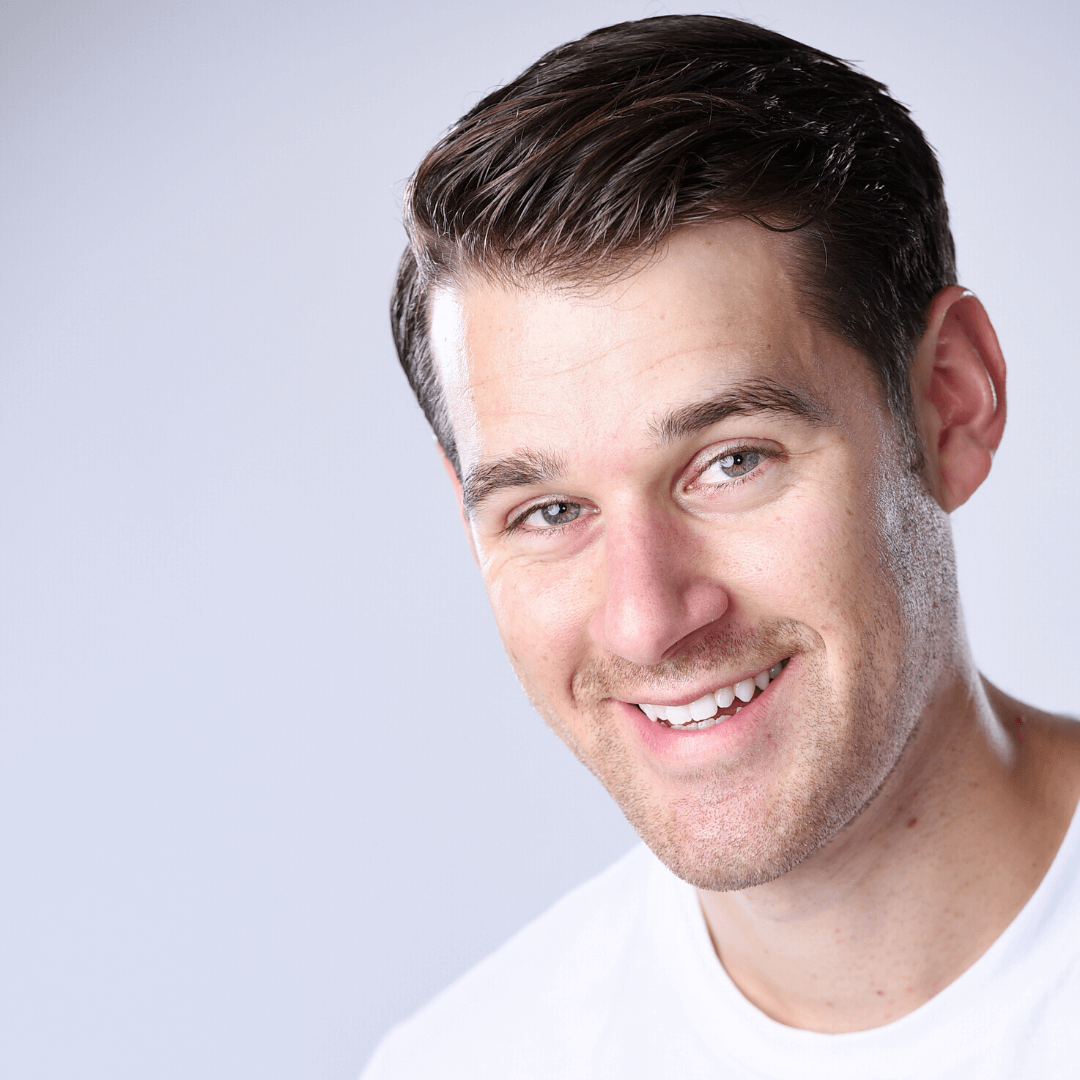 How COVID-19 Killed this App Side Hustle

After a decade of training and coaching, Andrew realized that stress was one of their clients’ main issues. That’s how he thought about creating a stress relief app. He partnered up with a dev company to build his idea while he took care of marketing. In few months, he got a great list of interested people, but COVID-19 changed things… the devs were no longer interested in building the app.

Hello! I am a 31-year-old health and fitness entrepreneur from NYC. My passion for fitness started with my love affair for tennis as a teen.

After graduating from college and finishing my collegiate tennis career, I started my post-grad career as a collegiate Strength and Conditioning coach. After two years working at the college, I was then given the opportunity to work with the former Strength coach of the NY Yankees at his private performance facility. Together we built out four performance boutique gyms across the Greater NY Area.

Fast forward to today and my day to day business has become my own mobile personal training business where I primarily service athletes and software entrepreneurs.

For the last 8 months, I have been working on a side hustle that I was hoping one day would become my future full-time job, Kopely. Kopely was a mobile-based stress relief app designed for the consumer market.

Our mission was to provide practical and tactical stress management tools to our consumers leveraging an array of proven psychological methods like relaxation therapy, cognitive psychology, and acceptance, and commitment therapy.

How were we different? Our app was focusing on how to actually help people manage their stress by using prompting them actionable coping strategies when they were in the moment of experiencing a stressor and by educating the consumer with perspective-shifting psychology to shift their mindset toward optimism to prevent the ill effects of future stressors.

As the Founder of Kopely, I was juggling several hats - managing the vision with our small team of developers, finding strategic partners like stress relief experts, and executing on our marketing strategy to onboard early adopters prior to our BETA launch

The business model was based on our competitors' like Headspace and Calm freemium pricing options. We were going to release a two-week free trial with tools to assess your stress pre and post-trial than a premium full version for a monthly fee.

What motivated you to start Kopely?

As a young person, I realized just how much my own brain got in the way of my athletic performance, relationships, and personal life. I had a really hard time with stress and confidence, especially when the stakes were high.  Curious by my own weaknesses I decided to pursue my formal education in psychology (undergraduate and a graduate degree in psychology).

Then, after my last decade of coaching and watching the effects of stress, anxiety, and depression across the globe I started to realize that stress may be one of the biggest problems to solve for humans.

I thought that with my education, experience, and vision, Kopely could contribute to helping solve this massive problem.

Prior to Kopely, I had two “side hustle” attempts, “ableboxes” and “enhanceables.com”. Since my personal training business focuses on servicing many technology entrepreneurs I was eager to try to scale another business.

In short, ableboxes was a “personal trainer” in a box. This pre-packaged box offered several small pieces of equipment, workouts, and a video library. Enhanceable.com was a health and fitness content aggregator. Like Reddit (kind of), I was aggregating the beat health and fitness content to our website then having our community upvote or downvote content based on its value and trustworthiness.

I learned a lot from these two failed businesses (which included over $15,000). I learned that you have to: 1) have a clear problem that you want to solve for; 2) streamline your solution so people understand what it is; 3) figure out how the heck you’re going to get people to care about your solution.

Kopely’s business model was conceived in October 2019. After sharing my pitch deck to friends, family, and my personal training clients I started pricing how much it cost to actually build an app that would be living in Apple’s app store.

The costs were well out of my affordability. As I contemplated raising angel money I came to the conclusion that I just couldn’t take people’s money without having more proof of concept. I started to live in online stress, psychology, and self-improvement forums to better understand people's pain points.

As I was doing my market research I was asking around for app developer referrals. Soon, one of my training clients recommended that I sit down with the owner of a dev group that he has used for his software companies. After several meetings and sharing his personal interest in health and wellness, he made me an offer I couldn’t refuse. He and his team of developers would build Kopely in exchange for equity. We were planning to launch the BETA in July 2020.

When the dev group got on board, the process was invigatoring! When we hung up after our call I literally jumped and screamed with excitement. I was blown away that someone recognized Kopely and me as a risk they were willing to take. In short, my dreams were coming true!

I knew that marketing was absolutely essential to grow Kopely. From December 2019 to March 2020 I was doing everything I could to start pre-selling the Kopely free-trial app and onboard as many new customers as possible. I was spending every minute I could outside of my other obligations to stir up interest on online forums, attack specific keywords with SEO, run Facebook ads, and connect with health and wellness media sites for potential product launch coverage.

After 2 months of hard work, I started to gain traction. My SEO efforts were paying off. We saw an increase of organic traffic and conversion of new subscribers, my Facebook ADs started to bring in a steady stream of new subscribers and I just started to connect with health and wellness bloggers and media outlets. My marketing efforts really started to kick in and then the COVID-19 pandemic happened.

Which were the causes of Kopely failure?

Things were going so well for Kopely that it is still hard to accept failure. Kopely was killed because of the global pandemic, COVID-19.

When the pandemic hit the US shores around mid-March I hadn’t heard from the dev group for weeks. I didn’t read too much into it since there was so much unrest in the world and the dev group was a worldwide group with developers throughout Europe.

After a month of no contact, I started to entertain the notion that Kopely may be shelved since it wasn’t necessarily a high priority project and wasn’t driving revenue for the dev group.

Then a few weeks later I received a phone call from the owner of the dev group. Kopely was officially done. He just couldn’t commit the time and energy of his developers to a company that wasn’t driving revenue. He had his own worries- Covid-19 forced him to furlough some of his team and he had to focus all of his energies on keeping his own business afloat.

Although at the moment I completely understood his decision, I just couldn’t believe that all of the work we did ended with this result and there was nothing we could do about it. I didn’t have the financial ability to personal fund Kopely and no one was in a position to shell out that type of money during such uncertain times. After we hung up, I remember I just left my apartment and walked around for a while trying to comprehend the news and what the heck would I do now.

Many people were supporting Kopely- friends, family, clients, and a whole new community who were interested in our app and I wanted to tell them as soon as I could that Kopely would not be launching in July 2020 and will be indefinitely on pause.

I pulled all of my emails together from several of Kopely’s mailing list and sent out a mass email explaining the effects of COVID-19 on Kopely. I also called the people who were closely supporting the project to share the new news.

Then I shut down all of our marketing efforts. Reaching out to all of the influencers and media outlets to share our updates. The only thing that I have kept running is our website since it's a nominal expense. And I still have a small glimmer of hope that Kopely could become a reality in the future.

I definitely made a lot of mistakes when building Kopely but I think the failure of Kopely was out of our control.

Outside of COVID-19,  one of my biggest mistakes was trying to compete against monster companies like Headspace and Calm. Some people thought I was crazy that I was trying to compete with companies who had a marketing budget that was 1,000,000x more than ours. But, I still felt that Kopely was a unique offering and I was so passionate about delivering better tools around stress management (that weren’t meditation) that I didn’t care.

My initial investment was:

My biggest investment was my sweat equity. I put in a lot of hours to build Kopely as quickly as possible. On average I would say I put in 20 hours a week from October to March (480 total hours).‍

I have thought a lot about this question but I wouldn’t tell my former self anything. I could tell him to not launch a new product during a global pandemic but no one could have predicted such a thing would happen.

Kopely was my most thoughtful side project to date. I have learned a lot from my previous mistakes and I have to say Kopely was on a really good trajectory until COVID-19.

I read a lot but none that would relate to entrepreneurs. But, I am a huge fan of Tim Ferriss’s and Joe Rogan's Podcast for entrepreneurs. Since their podcasts are long format I think it gives you a helpful insight on what actually happens in starting a startup.

Like many people, COVID-19 has killed Kopely and greatly affected my in-person personal training business. In an attempt to adapt and navigate these new quarantine restrictions I have been building a bigger fitness presence online.

I am launching a new concept called Korrective. We are offering on-demand programs to help people overcome repetitive strain injuries (like low back pain) and poor posture from the common lifestyle woes of sitting too much and spending too much time on smart devices.  To learn more about Korrective and me, head over to our website and check out our blog for free workouts and exercise guides!

Every week, I’ll send you Failory’s latest interviews and articles, curated resources for founders, and updates on how I’m growing the site to $10k/mo. Join +7,000 other startup founders!