A Startup Rollercoaster: How Lernin Games Failed to Dominate the Game-Based Learning Industry 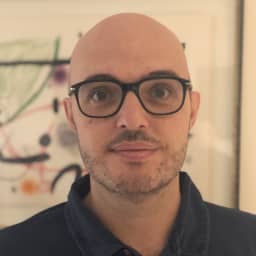 A Startup Rollercoaster: How Lernin Games Failed to Dominate the Game-Based Learning Industry

Jordi Miró has been building products and companies since 2007. After a successful CTO experience in Wuaki TV, he founded Lernin Games, an EdTech startup focused on toddlers. He raised €1.5M and built a team of 10, but Lernin ran out of cash and the project couldn’t succeed.

Hi Jordi, can you tell us a bit about your background and what are you currently working on?

I’m Jordi from Barcelona, Spain, and my background is in Applied Physics, but I have never worked in the physics industry. Started working in PwC as a consultant. Since then, I have always been involved in technology. In 2005 got married and moved to Caracas, started working in a small consulting firm, and that's when I started building products and companies. Since 2007, that's all I have done. Either by myself, with a co-founder, or joining early-stage startups in Latin America, the USA, and Spain. There I joined Wuaki TV, which is currently Rakuten TV. I was full-time employee number five, the CTO, and left in 2017.

After leaving, I started a company on EdTech. It was called Lernin Games and it was not a success. In this interview, I’ll be talking about its failure. For the last 18 months, I’ve been CTO at The Hotels Network.

How did you come up with the idea to build Lernin Games? What was the motivation behind it?

The idea was not mine. It was from my co-founder Iñaki Ecenarro. When I was negotiating my way out of Wuaki, I spoke with many people from the Spanish startup ecosystem because I was trying to find out what to do.

After talking with Iñaki at an event, he told me he was thinking about launching a startup in HealthTech or EdTech and I told him that I didn't want to start anything from scratch. I had promised my wife and family that I would join either a large corporation with a good salary or a more mature startup. I had very good opportunities and lots of interviews. But he insisted and we agreed to have a coffee.

We met at Starbucks and he showed me a small prototype he had built himself around the concept of kids from 2 to 6 years old, spending too much time with mobile devices and tablets. It was a fact that kids would always end up on YouTube and that parents give their phones and tablets to them as a way of having more free time. The idea was to bring to parents and kids something entertaining, but at the same time a learning experience. We would help them learn the basic stuff that you learn at kindergarten. The kid would be entertained and he would opt-in for that rather than going to YouTube.

How did you build the product?

We built an MVP ourselves. Iñaki took care of the frontend and I took care of the backend and databases. We wanted to hire someone to help us with that and Iñaki was very reluctant. I am really happy that he was because I had to go back to coding which I hadn't done in a while.

We spent from October to February building and launching our first application with 20 games. The KPIs we had were good enough. We visited five VC funds and all of them put a term sheet on the table. It was not only because the numbers were great, but also because the idea was good. On paper, we had been successful in the past with other startups and we complemented each other. If I were an investor, I would also have put money into the company.

We got a €1.5M seed round from K Fund and decided to hire a team. We were quite well known in the ecosystem and we had a good network, so we were able to recruit an outstanding team in a short period.

What were your key levers to start growing Lernin Games?

We used Google Adwords and Facebook Ads to acquire users. Our idea was to be a multi-language app. We didn't have the money to invest in tier one markets.

We investigated how the application worked in second-tier markets and we started spending money in Pakistan, India, and Southeast Asia. We found out that women were converting better than men, so we focused on them. It was a free application, and the numbers were excellent. We were in top positions in India and Pakistan and we got cold emails from large VC funds in those countries. But that was not our main target. It was a way of testing the product, and the acquisition channels.

User acquisition. You're fighting for the same bandwidth that kids have for free time. How do you make parents aware that you exist?

Second, the fact the kid wants to play those games, or that the parent forces the kid to play them is a huge barrier at those ages. Because it's much easier to watch videos on YouTube than interacting with an app. The kid’s timespan attention is limited. One of the biggest barriers was how to generate that engagement with kids.

How did you realize the project was not going in the right direction? What did make you finally shut down Lernin Games?

The first time was when we were trying to raise some more money. We had a large VC fund that was interested and we had long conversations, but they didn't end up investing. All of a sudden, every answer we were getting was that it was great, but this is not the USA and having a free app is not the way to go. You need to show us revenue.

We immediately changed the backlog to build a subscription-based app. We had less time to test it, and when you're building a B2C subscription app you need to test a lot. The earlier you can test, the better.

We started with a flexible approach. The more we forced everyone to go into a paid plan, either free trial or not, the revenue numbers were better. In the end, our numbers were decent enough. The issue is that we got there too late. During this time, my co-founder decided to step down from the company. I was alone, part of the team decided to leave also, and we became leaner. Our VC put some more money into the company. We tried it. I'm proud of the team that stood there to the last moment.

We tried a lot of things that were not moving the needle enough and we didn't convert much more users than before. Unfortunately, I ended up in the hospital a couple of times. I realized my health and my family's mental health were much more important than the company.

Every week, I’ll send you Failory’s latest content, curated resources, and updates on how I’m growing the site to $10k/mo. Join +10,000 other startup founders!

Did you achieve any revenue?

We got to a point where we were making around $10,000 MRR, and growing. We found out the yearly subscription was bringing in money earlier than any other subscription. The CAC-LTV ratio was not the best, but at that time, we were trying to put more money into the bank so that the treasury was in better shape, knowing that we would have to move to a monthly subscription at some point. But it was not enough.

Iñaki and I started other companies in the past, so we thought we could build the company smarter and work fewer hours. But if you start a company you have to realize the first couple of years you're gonna work your ass off. You have to put 120% of yourself there. We were not mentally there to do that. We didn't want to. It's not a nine-to-five job. We thought that having senior people will cover the lack of hours. We should have hired the right people for the stage of the company. We hired the right people for the two co-founders at that moment.

Finally, I would have introduced a subscription or a revenue model from day one, and not after one year.

You have to be ready to give 120% of yourself to the project. That's going to compromise your personal life, if you're not willing to do so you should not start a company, and it doesn't have to be a startup business.

You have to be sure with whom you're doing it. They could be amazing engineers or marketeers, but they could be used to work in large corporations. You need to hire the right type of people for an early-stage company.

You need to start monetizing as soon as possible. You can grow without generating revenue in the US, but elsewhere revenue is key. Generate revenues from day one.

VentureBeat and TechCrunch. There are a lot of smaller and local publishers, so I would encourage you to find the ones in your country that are interesting.

Podcasts I love are Masters of Scale by Reid Hoffman, a16z by Marc Andreessen, Business of Hype by Jeff Staple, and The Twenty Minute VC by Harry Stebbings.

Books I love are Zero to One by Peter Thiel and High Output Management by Andrew Grove.