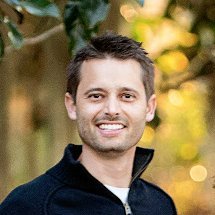 Michael founded LocalTown, an online marketplace built using no-code tools. After noticing a lot of makers needed help with launching their side projects, he started building tools to solve the problems of that niche.

Hi Michael, can you tell us a bit about your background and what are you currently working on?

I'm a product manager by day and a no-code maker by night. A few years ago, I launched LocalTown using no-code tools and learned a tremendous amount from it. And since then, I've been working to make it easier for makers to build and launch with no-code tools.

I'm the maker of Side Project Stack, and currently working on an online book called the Lean Side Project,which is still in pre-order. When you first start launching a startup we hear all the time about doing things that don't scale...however how do you actually do that? I have written about how to do it and laid out a framework based on successful founders.

How did you come up with the idea to build it? What was the motivation behind it?

It was my first take on entrepreneurship. I was so excited to jump in and start building it that I didn’t validate if the market needed it. Just wanted to scratch my own itch.

My main problem was, as I discovered, I was spending 50% of my time trying to figure out what tools to use to make something. It’s exciting we can create working web applications and marketplaces without writing code. I just wanted to make that process easier so people can spend less time trying to figure out what tool to use, and more time talking with users and customers to make something they love and need.

How did you build the product?

I launched it in 2016. It was an online marketplace built with Sharetribe. What I quickly learned was that using no-code tools was by far the easiest part of launching an online business. I did so many things wrong when launching it. The only thing I did do right was to choose Sharetribe.

Sharetribe allowed me to launch with no worries about payments, authentication, admin controls, or giving different permissions for the supply side of the marketplace to access the application. Getting custom features was possible, but it was too much for what I wanted to build. Sharetribe was able to get me 80% of the product I wanted.

I spent a year making this product without getting validation, without setting up an audience, and without doing all the steps necessary before launch. Justin Kahn, founder of Twitch, said that “first time makers focus on the product. Second-time makers focus on the distribution.” When I launched LocalTown, I earned some revenue and got press coverage in local news, but I wasn't able to sustain it.

I started learning from other makers to understand why I couldn’t make it work. I was just seeing on Twitter a few makers building with no-code and I started documenting that. Then I created a tool called GetStackd, which became Product of the Day on Product Hunt. It was a form that helped makers figure out what tools to use. I created a database and then I created a simple logic using Typeform and Airtable. It mapped together your idea, your skill level, and the complexity of what you wanted to build. Then it scored the answers and mapped it to the tools that makers used for real projects. It was based on real data. Then used Zapier and Gmail to sent an automated recommendation. The feedback I got was tremendous.

I've noticed that a lot of people need help with launching. And so that's what my next project is, which I'm also building with no-code tools.

What were your key levers to start growing your projects?

Launching should not be a single event or one big event. It should be many small events that lead up to an even bigger launch. My audience was on Twitter and on Product Hunt. But in between I wanted to know if it scratched my own itch.

I DM’ed some folks who had been engaging with me on Twitter around no-code. I showed them my project and asked for feedback and what it meant for them. Once you get that feedback, you can tweak the copy, make things simpler, or reduce the scope of the MVP. After that, I just tweeted about it asking for more feedback. When I did that, it was the biggest tweet I ever had at the time, with 30 likes and a bunch of retweets.

After I got some users, I reached out to all of them to ask for more feedback and I kept iterating from there.

Getting quality feedback was the main challenge when first starting. How do I validate my ideas? The only way I could get that was by talking with people. It's hard because you need to establish a relationship and give value to them before selling anything, because otherwise, they're not going to spend time with you. I gave feedback through Twitter if they launched something and offered to be a beta tester. You'd be surprised if you take that approach. They're going to reciprocate when you need help.

Once I had launched it, I didn't stay as focused on it. I started to expand too quickly on other problems I wanted to solve around, just recommending no-code tools. It was taking me a long time. I'd gotten all this good feedback, but I wasn't growing as quickly as I thought that I should have. I spent 5 months working on other things when I should have gone deeper on the initial product. Once I started going deeper it started exploding. It's starting to grow on its own, where I don't have to push it and people are trying the tool so I wish I would have done that earlier.

Every day I tweet about a new project that's added to the site, and I do a tear down about what did I learn. The engagement I've got around that has been huge and I wish I would have done that a lot earlier. I didn't grow the top of my funnel, which is my audience, enough in the beginning. People are now discovering me through Twitter.

I also wish I would have focused more on what was working. I tried to optimize my website for SEO and I spent a lot of energy. I'm still waiting to get a return on that. I focused too quickly on trying to do a user acquisition strategy instead of just continue to focus on audience building. Staying focused is hard because your time is so limited. I thought that I could do everything at the same time. But I learned to focus more on what was working and then keep fueling that insted of shifting my focus.

My biggest takeaway is that even though you have an idea, it's more important to try to find an audience first before you build a product. Instead of selling a product, you should engage with people that have that problem and grow empathy for those problems. These people could become your first users. I failed at that.

It's so easy to fall in that trap because you're so excited to jump in and start building. It's so much easier to show a working product than tell somebody your idea. It's okay to build an MVP. If it's going to take you 100 hours to build, that would be a big red flag for me.

With this MVP, potential users can give you feedback and understand if it solves this problem or not. I found that when you create something, no matter how small, the universe responds.

Your first users aren't going to expect a polished product. We spent so much time trying to polish a product and trying to get it perfect before we launch it. But if we think about our launches in several micro launches, then you don't need a perfect product in your first launch. On your second launch, which should be to a private beta group, they will still understand if is just a concept.

What advice do you have for other entrepreneurs who want to get started or are just starting?

I've talked to over 100 makers starting a side-project and I've also interviewed dozens. Everything comes down to time and momentum. We're using tactics for startups, and we're trying to apply that to side projects. But those tactics don't work for a side project. You're just trying to test something out.

People are getting a lot of false negatives. They ship something and they don't get any feedback or engagement and think their idea sucks.

If you have a passion for it because it's going to solve a problem for you, then you know that it's going to be worth your time and you'll be motivated to work on it, and you'll gain momentum to actually ship it.

If you don't have an itch to scratch, and you're looking to find a problem in another niche, you need an accountability mechanism. Do you have another person you're checking in to share progress? Are you tweeting about your progress and updates? Do you have a community that can keep you accountable? 100 days of no-code challenge by Max Haining is a great example. I’m in that community and it keeps me accountable. Only when you ship it, you can add it to your resume and to your portfolio.

For my book, I've been waiting to launch the pre-order page because it has taken me a little bit more time to make it. So I first launched a signup page because this gives me a chance to make another announcement to to get momentum.

Hooked by Nir Eyal was so pivotal for me because I could understand a product is an experience. You'll want to have your user experience that product. Again and again. I also learned a lot from The Lean Startup by Eric Ries and Zero to One by Peter Thiel. No-code enables you to make anything, but you can get into a trap where it's too easy to create stuff without taking the steps to validate it.

Also, Twitter is a huge resource for me. The hard part about it is finding the right people to follow.