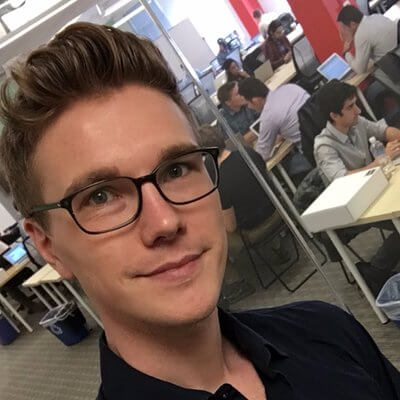 Lockpick Entertainment was a small game studio, that created Dreamlords, a famous MMORTS game. They did it well, making thousands per month. But they began to increase the scope, and after 6 years, they went out of business due to bankruptcy.

Hello Jesper! What's your background, and what are you currently working on?

Hi there, I have sort of a strange and varied background. I started off studying video game design at college and messed around with everything from animation to cognitive science. But my game development career didn’t really go as planned. I joined Lockpick Entertainment in my sophomore year and stayed with them a year after graduating. It was not to last, however.

After college, I instead ended up working on the design of software tools because I kept getting bogged down in poorly designed fundamentals. Back in those days, game development tools were woefully underdeveloped, and when I switched over to the Web industry I realized the same was true for all software tools.

Currently, I’m working on BlankPage, a motivational service that helps writers finish their first drafts, and Kod.app which is a full Javascript IDE for the iPad Pro.

What was Lockpick Entertainment about?

Lockpick Entertainment was the first startup I ever worked with. It was a small game studio started by students at my school.

Basically, some students figured out that the best way to get some experience was to start their own company. They did, and I joined them a year after that. We created a hybrid MMO RTS game called Dreamlords where thousands of players would play against each other and a rapidly collapsing world to level up their avatars in iterations of the apocalypse. Eventually to break the cycle (never happened though).

How did Lockpick Entertainment get their first customers?

This was back in 2006, and since the launch of World of Warcraft in 04 the market was completely insane around anything MMO. We had some fantastic artists on the team so the minute we set up a registration page and posted some art people started streaming in. Most didn’t convert though, but at the launch of the game, thousands became customers.

Which were the causes of Lockpick Entertainment failure?

Lockpick failed because of several reasons that came together. The bottom of the market for MMO products fell out. The iPhone was released and mobile gaming took over the hype. But the real issue was that our product simply wasn’t mature enough. It was interesting, but not sticky. If it had been a normal product, I’d say we hadn’t reached product fit yet. For an entertainment product, this means it just wasn’t done. We sort of knew this at launch, but we were running out of money fast and we were hoping that we could sustain a development pace post-launch that would improve the product enough to make our users stay.

But we badly underestimated just how hard it is to sustain a pace of delivery for entertainment. None of us had ever worked with that.

We gave it an incredible run though, the product didn’t really fail until years after that launch. We just scaled the product down, refocused, and relaunched a couple of times. Slowly losing our core group of fans over the period. I stayed with the company for about a year after launch, but some of the founders and new members kept it going another 3 years after that (if I remember correctly). We never changed the trajectory of growth, however. So the original launch was our high point.

When the product finally wound down I felt mostly relieved. But also very spurred on to make it work. Since I had distanced myself a bit from the process I was charged up and ready to go again. I’m glad I didn’t however. The product was doomed due to choices made years before. There just wasn’t ever going to escape velocity enough for the team to fix those issues.

What were your biggest mistakes?

For me personally, it was misunderstanding the scope of everything I worked on. How to plan out something as massive and complex as thousands of people interacting is a hard problem to solve. But it’s infinitely more difficult if you don’t acknowledge that up front. I just started at one end and tried to work myself through it.

Besides my personal failing with scope. I think the team never understood quite what we were building. The game to start with was a competitive strategy game, where each league lasted about three months. But we spent zero time designing a pipeline for content and league cycles. We only focused on the core product, which is very similar to feature creep. Because we never saw the entire lifespan of the product use we didn’t really create a process where we could deliver such a product. We only really achieved an embyotic state of such a product. To be fair though, the technical and development burden for that state is something like 80% of the entire product. So it wasn’t a case of prioritising completely wrong, we just missed out on a very important part of what we should’ve been building.

If you had the choice of changing one thing in Lockpick Entertainment, what would it be?

At one point the design team sat down after realizing the game wasn’t much fun. Instead of doubling down on iterating the mechanics of the game to make it fun. We vastly expanded the scope. We could have made a much better game if we’d just accepted that most games aren’t fun until you iterate the hell out of them.

The company did achieve quite a lot of income (talking about millions), but it started strong and just teetered off. So, we never had any revenue but reinvested every cent into working on the product. In the end, the product lived for something like 6 years before finally being put to rest.

Don’t be afraid to think things through. It’s rarely a failure to take a step back, it’s actually what makes most projects really good in the end.

Which entrepreneur resource would you recommend?

I don't think it matters much which sources you have, as long as you read and study a lot about creating things. Whether building companies, art, products, games or even things, the process is similar. And no two experiences are the same. I love the startup culture which we are currently in because it focuses on clarity about the process for small companies, so I’d recommend reading the entire YC library. Listening to podcasts about startups. Definitely read Peter Thiel’s amazing book “From Zero to One”. But overall, inundate yourself with these stories of creation. Because they’re all different, but focus on the same critical issue: creating something from nothing.

Moreover, check out the latest things written by Basecamp, and listen to the Masters of Scale podcast by Reid Hoffman. It’s fantastic.