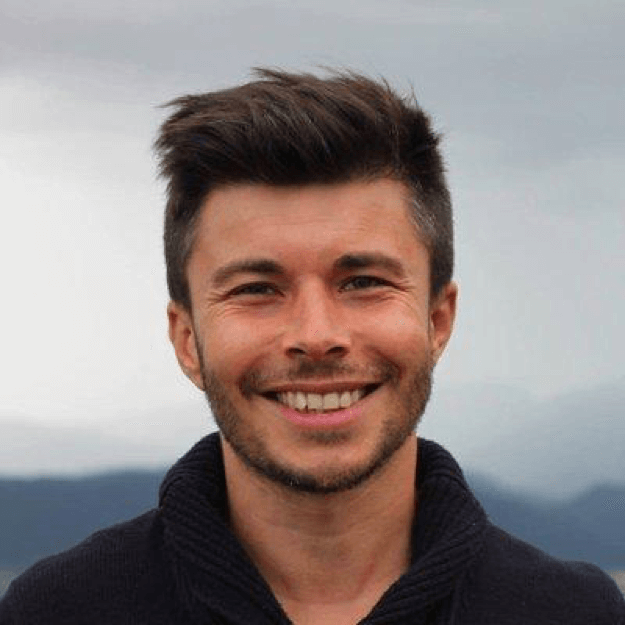 Angel founded MetricSpot with the vision of being the first SEO Tool Kit in the Spanish and LATAM markets. Building the product was the easy part, selling it became quite tricky, but influencers and affiliated allowed him to grow the site. Angel has now 2618 active users and is making +$3,000/month.

Hi Angel! What's your background, and what are you currently working on?

I’m a weird kind of tech entrepreneur. I studied architecture (yes, the buildings type...) but long before finishing my degree I knew I would end up having my own business.

I’m currently 36 years old and although I’m currently based in Madrid, where I grew up, I’ve been traveling and working remotely on my company, MetricSpot, for the past few years.

I founded MetricSpot in 2013 with the vision of being the first SEO Tool Kit in the Spanish and Latam markets. We’re a SaaS company with a freemium model and currently, we have over 45.000 registered users worldwide.

After graduating I worked as an internationalization consultant for 3 years. It was a great experience, but I felt it was getting too repetitive and needed a change.

In 2011, during a trip to India, I had the opportunity to get in touch with many Digital Nomads, young entrepreneurs who worked remotely and who managed their startups 100% online. I had already read the book "The Four Hour Workweek" by Tim Ferriss, but to meet the people who had brought that dream to reality had a great impact on me.

At the beginning of 2012, a friend and I founded an online marketing agency in Spain. It started very well, but we had different criteria regarding the management of the company and after a few months I decided to sell my participation in the agency. My friend wanted to go all-in in expenses, even if our income had been way below what we expected. I wanted to bootstrap and increase our overhead as we grew.

During the months I was with the agency I realized that almost all the available SEO tools were only in English (or poorly translated) and had prices that were not affordable by the smaller agencies in Spain and Latin America. In addition, at that time each tool covered a specific functionality of the many that an SEO agency needs in its day to day (on-page analysis, backlinks analysis, tracking SERP positions of keywords, reporting to clients, etc.).

There was no complete suite in Spanish, and if you had to spend between 50€ and 150€ per month for each tool, the small agency that was starting was unable to make ends meet. I saw it clear, so I started to code.

How did you build MetricSpot?

Although I had taken a PHP programming course the previous year, I had never developed any applications. I only had done some smaller stuff in HTML and CSS, so I had to learn to code almost from scratch. The timing was great because at that moment I was looking forward to learning how to code, and learning by doing (working on a real project) is the best way.

For the MVP I used Codeigniter as a Model-View-Controller framework, jQuery for front-end animations and logic, and MongoDB as a database. I coded everything myself (AKA: copied and pasted a lot of stuff from StackOverflow) and from time to time I asked a cousin Juan (an engineer who had bootstrapped his own eco-groceries delivery company) for help.

After two months, in January 2013, I launched the first version of MetricSpot. It looked okay-ish, but it was enough. The MVP only had one of the tools, the Home page SEO analysis report.

I contacted a few marketing bloggers to publish a review and MetricSpot began to get traction: I reached the 1000 visits/day milestone in only two weeks.

Most people only notice you when you’re already successful. “Lucky guy”, they say. However, they’re missing out the big picture: I had no money at the time and I had to work my ass off to get my business running. I freelanced for 6 months to pay the bills, later I got a job as a software developer and worked nights and weekends on MetricSpot. In January 2015 MetricSpot was finally generating enough income to quit my job and focus 100% on the company.

Building the product was the easy part, selling it is where it gets tricky. You know, creating something people want and asking them to pay you for it is something they don’t teach you at school.

I started off by contacting marketing influencers and asking them to write a review of out tool on their blog. That worked out really well. Later, I focused on content marketing and email marketing drip campaigns for user onboarding & activation. Drip campaigns are great for automation. Content marketing hasn’t been so effective at attracting the right kind of customers.

I also launched an affiliate program to motivate our best users and marketing bloggers to promote our tools. This tactic has worked well, bringing a steady number of new users every month.

I’ve tried every possible tactic but I haven’t experienced that “exponential growth” that all marketers preach about. I’m quite disappointed with marketing, it might work with B2C products but I’ve recently found out that for B2B a CRM and plain old sales work best. That’s why now I’m looking to partner with someone who’s an expert in sales in order to take the company to the next level.

The biggest challenges I faced during this time were personal. When I started the project, I was in a relationship that was coming to an end. Plus, I was almost broke because I had previously started another company and it didn’t go well. So, when I found myself facing a break-up and moving back to my parents’ place and going back to the dreaded 9-to-5 office work, well, you can imagine it wasn’t the best time of my life :)

However, I had a vision and worked towards it. For me, my company has been and will always be the way to gain freedom and independence. I didn’t want a boss, that’s why I preferred to bootstrap and not go through the typical investment rounds because you end up doing what the VCs tell you. I preferred to grow slowly, at a steady pace and grunt work and take money only from my customers.

I think my greatest disadvantage is that I come from a cultural background where going into business is frowned upon. Whether you like it or not, the environment you grow in has a lot of influence in your beliefs, your fears and the way you deal with the problems you encounter in life. Starting a business reveals all this “subconscious programming”, forces you to deal with it and do a lot of inner work.

Regarding the market, the main disadvantage is that it’s very saturated with marketing and website analysis tools. When I launched in 2013 there were only a few tools, but now it’s not a blue ocean anymore. Since MetricSpot was the first tool to be launched fully in Spanish we managed to capture a portion of the market share.

Our main disadvantage compared to our competitors is that we’re an “indie” company whose objective is to provide us with the lifestyle we want for the team. We’re 100% remote and prefer to grow slowly so we don’t have to take orders from VCs. I guess we would be more successful if we raised 500K€, opened an office and created a team… but our customers love us for who we are and what we do and we want to keep it that way for now.

During the process of building & growing MetricSpot, which were the worst mistakes you committed?

The three main mistakes I committed were:

If I could talk to my former self in 2013 I would tell him: “Don’t get that job, find a mentor and get a co-founder”.

I’d remind myself from time to time to code less and sell more. Actually, I’d write that on a billboard in front of my window.

I also wish I had spent more time speaking with my customers and less time blogging in the beginning. However, this last one’s tricky... let me explain: you’ve got to differentiate between “users” and “customers”, the first ones don’t pay for the bills but the latter do.

Once you start getting feedback from your users/customers, you have enough input to start shipping new features every month. However, as I got better as a Product Manager (one of the co-founders should have that role) I became aware that I was bloating MetricSpot with useless stuff that users asked for that customers didn’t actually use, nor were they willing to pay for. I was building “nice to have” stuff, not pain relievers.

I would certainly recommend surrounding yourself with the right kind of people. There’s this phrase from Jim Rohn which says “you’re the average of the 5 people you spend the most time with” which I believe is 100% true. So, go to networking meetups to meet other entrepreneurs. Join a mastermind group. Find a coach.

I’ve done a lot of reading on startups, business and marketing during the past years. I’ve read tons of blogs, Medium articles, newsletters, podcasts… all these new tactics, metrics, etc. They can become somewhat addictive.

The best source of learning is getting on the phone or Skype with your potential customers, establishing an H2H connection (human-to-human) with them and making an effort to understand his or her needs. Getting out of the building, basically.

If you want to get in touch, the fastest way is via LinkedIn. I also share cool stuff on my Twitter and Medium accounts.