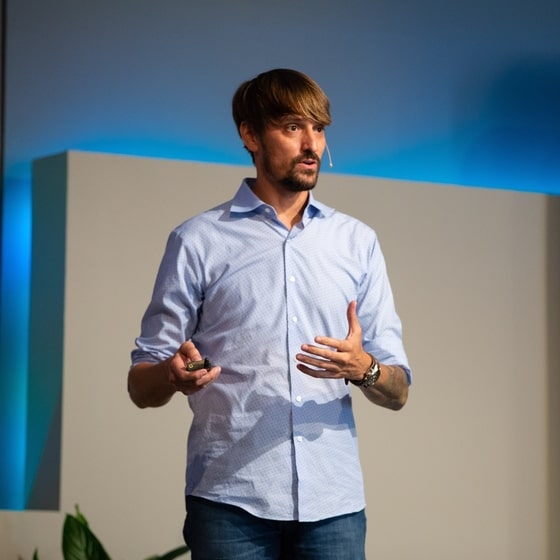 Rob co-founded MicroConf, the largest community for bootstrapped founders. They launched in 2011 and have hosted +24 in-person events and are running the online community MicroConf Connect. In 2018, they started TinySeed, a fund to invest and support SaaS founders.

Hi Rob! Who are you and what are you currently working on?

Now I spend my days working on Startups for the Rest of Us, MicroConf, and TinySeed.

Startups for the Rest of Us is the longest-running podcast focused on software entrepreneurship, approaching 600 episodes with over 10 million downloads.

MicroConf is the largest community in the world for bootstrapped SaaS founders. We launched in 2011 and have hosted thousands of founders at more than two dozen in-person events, as well as our online community MicroConf Connect.

TinySeed is a fund and accelerator designed for bootstrapped SaaS founders. We run a year-long, fully remote startup accelerator focused on helping companies grow faster. We offer funding, advice, mentorship, and community to two batches per year in the Americas, and starting next year, one batch a year in the European timezones.

I was an unhappy software developer for years before I started working on side projects. This was the early 2000s, so there were no communities like Indie Hackers or MicroConf. I read Paul Graham and Joel Spolsky and started blogging around the same time as Peldi and Patio11, who were coming onto the scene around the same time.

After several years of experiments and missteps, I lived full-time on product income and quit the day job and consulting in late 2008. It took me a few years before I stopped calling myself a developer and started calling myself an entrepreneur or business owner.

Startups were a means to an end to me. I wanted three things, and I thought they could give them to me:

I wanted the freedom to work on what I enjoyed.

I wanted the purpose of working on something interesting.

And I wanted to maintain healthy relationships by not working long hours or having a crazy commute and choosing who I worked with.

I had started blogging about my journey in 2005, and by the time I quit the day job, I had built up a nice following. These were the days of RSS, and I think I had 15k or 20k subscribers. As I talked about my journey, I received a lot of questions about how I did it and turned those questions and the common pitfalls I could see developers making into my first book called "Start Small, Stay Small: A Developer’s Guide to Launching a Startup."

Publishing my book led to starting a podcast with a co-host, Mike Taber, called Startups for the Rest of Us in March of 2010. The podcast began as two software entrepreneurs talking about their journeys.

Between that and an online community we started, we realized that while message boards were fine, we wanted to meet people face to face (“IRL” as the kids say these days).

So we decided to bootstrap a conference. Never. Do. That.

Since we didn’t have the money to pay a hotel up-front, we got a first right of refusal on a couple of dates at an old hotel in Las Vegas. We then asked a few speakers like Patio11, Hiten Shah, and Andrew Warner to speak. At the time, our tagline was unique: The Conference for Self-Funded Startups. There were zero events like this for bootstrappers.

We proceeded to hack together a static HTML landing page, promote it to our podcast and blog audiences, and submit it to Hacker News...all the avenues you would pursue in 2010. We got enough interest to start selling tickets, though in the end, we didn’t sell nearly as many as we’d hoped. Our original goal was 225 attendees, and we had right around 85 paying attendees. Ouch.

Running an event was way more work than we thought, and we almost lost tens of thousands of dollars but were saved by a last-minute sponsorship from Microsoft. We wound up just about breaking even, and although the day after we swore never to run another in-person event, we’ve now run dozens of them over 10 years.

And we’ve since expanded from in-person events to our online Slack group MicroConf Connect, mastermind matching, our YouTube Video Vault, and several other resources we’ve built for the SaaS community.

While I’ve tried almost literally every B2B marketing strategy you can imagine with my SaaS companies, the projects I’ve described above are much more audience and relationship-driven. So, for example, PPC ads aren’t going to have the same effect as they might for a software tool.

These days we focus on creating the best content we know across our essays, videos, and podcasts.

As this MicroConf community began to mature, I noticed more bootstrapped founders considering raising small amounts of money. They would find a few successful founders, often at MicroConf events, and raise $100k-$500k to have funds to work with in the early days, but with the goal of never raising another funding round.

With earnings from my companies, I invested in a handful of them. I soon realized there were many more viable B2B SaaS companies than I’d realized who wanted to raise a relatively small amount of funding without having to step on the venture capital roller coaster.

Circa 2011, I had the idea of starting a “YC for Bootstrappers,” but raising a venture fund sounded like something I wouldn’t enjoy, so I shelved it. Flash forward to 2018, and I realized it was an ideal time to start it.

I viewed it as a big opportunity to invest in more SaaS founders than I could personally afford to, but also offer exposure to early-stage B2B SaaS as an asset class to investors. So as part of MicroConf, we started TinySeed, the first startup accelerator focused on SaaS bootstrappers. We raised our first fund of about $4.7M in 2019 and closed our second fund of almost $28M in 2021. We expect to invest in and support more than 120 bootstrapped and mostly bootstrapped SaaS companies between these two funds.

The hardest part of building a community is that it takes a long time. And trying to “growth hack” the process will result in a crappy community. I believe authentic interactions over time are crucial to building trust between people. And trust is what a great community is built on.

We’ve made many mistakes over the years, including when we booked 12 speakers to each speak for an hour at a two-day event (our first one). So it was six hours of talks per day. It was way too much information and the attendees tuned out after the first four.

The thing we’ve learned, though, is that events must evolve or they die. And evolution means you have to try new things, even though some of those will flop.

We’ve had speakers on stage who didn’t deliver. We’ve had sessions we thought would be great that turned out bad. At the time, these feel like mistakes, and I guess in a sense, they are. But without taking those risks and failing, I don’t believe we could have evolved the event like we have.

We use Notion as a central information hub. Dropbox for file storage. GSuite for email and temporary docs. And I use Trello to manage my tasks.

I’m a fan of This Week In Startups, the Tropical MBA, and Seeking Scale.

A few books I’ve read that I think are insightful are Fascinate (great book about branding), How the World Sees You (helps you learn more about yourself and what makes you interesting), and Why We Sleep (helped me experience better sleep).

If you’re into podcasts, you can listen to me talk for 30 minutes every week about bootstrapped and mostly bootstrapped SaaS at StartupsForTheRestOfUs.com.

If you’ve started or are interested in starting a SaaS, MicroConf is the place to be. Check out MicroConf Connect as a way to meet some folks in the community and Youtube for tons of conference talks and education about growing your startup.

If you’re interested in funding and mentorship for your SaaS, check out TinySeed.