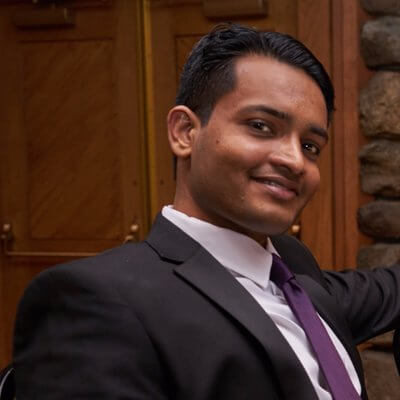 Mishra Motors was to be the premier electric sports bike in India. Time and capital were the causes of its collapse.

Hello Naveen! What's your background, and what are you currently working on?

Hello Failory, thanks for talking to me. I was consulting in tech and business straight out of college, started a few ventures and am now co-founder of a company called Crowdraising (The platform for the future of work).  My first company and very close to my heart was an electric motorcycle company that I started called Mishra Motors

It was right around the time Mission Electric and Electric vehicles, in general, were taking off. It was going to be the premier electric sports bike in India.

What was Mishra Motors about?

Mishra Motors was to be the premier electric sports bike in India. Think of it as Tesla for motorcycles. Battery tech was growing at a rapid pace and it was the right time to create a motorcycle. Electric engines have a torque curve that appeals to motorcycle riders. With the right ergonomics, it was a great product.

We were at the prototype stage and were ready to launch it at the New Delhi Autoshow in 2014. The design was set, I had a tech partner and things were looking good.

How did you grow Mishra Motors?

I worked with the team that was at the first all-electric Isle of Man TT. (This team has now gone on to raise institutional/strategic capital and are growing the consumer side of things)

We started by retrofitting an existing Yamaha FZ-06 with our custom EMS and battery setup. We worked with an automotive designer who was working on Ergonomics and had connections to get us into the New Delhi auto show.

Which was the problem with Mishra Motors? How did you realize?

The problem was I was a software guy attacking a hard problem with not enough capital. We had a great team in-house, but the two main things we had against us were timing and capital which are a consequence of being fully powered by passion.

We realized this because our tech was proven a couple of years before we started, but the market wasn't there. We spoke to regulators and potential strategists who knew we were on the right track but could see the problems we would face being a small software oriented team. In most conversations, people would bring up these two issues and we knew we had to change something if we were to survive.

Building vehicles is an endeavor not to be taken lightly because of the regulators involved and the large strategic partnerships you have to make to be able to just launch. This point is further validated by the fact that our product team got funding from the leading motorcycle manufacturer in 2016 and has now gone on to do a consumer-oriented motorcycle.

I can categorize (with 20-20 hindsight) our disadvantages into three categories:

If I had to start over, I would go after strategic partners first and get to marketing way quicker. Create a public awareness campaign and make decisions based on building long-term.

I would start working on creating a relationship with the regulator which would have helped us with market timing.

One thing I always recommend is figuring out a customer base before you begin and building to solve their problems.

Also, I would ask entrepreneurs, especially first-timers, to go after problems that they can solve with their core competency (and maybe not go after industries that require heavy regulator approval).

And don't spend all of your savings on one idea, there will always be Idea 2 or venture2.

You can read about my current venture and I write about the future of work and decentralization here.