$100,000 Burnt and Shut Down: How co-founders relationship killed MotionThink 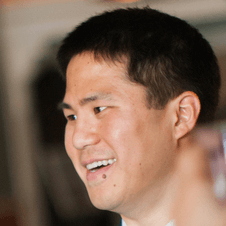 $100,000 Burnt and Shut Down: How co-founders relationship killed MotionThink

After moving to SF, Andrew joined a startup accelerator that included a co-founder dating phase. There, he met some co-founders with whom he built MotionThink, a startup that built productivity tools for freelancers. Some months and +$100,000 after, the startup was shut down. Learn what went wrong!

My name is Andrew Chen, 39, based in the San Francisco Bay Area, and I am currently working on a personal finance content website called Hack Your Wealth, which focuses on helping high earners be smarter and more efficient when it comes to earning, saving, investing, and protecting their assets.

Earlier in my career, I was the founding CEO of a technology startup company called MotionThink, which was focused on building productivity tools for freelance workers. I was responsible for product development. The business model we were pursuing was to either sell software directly as a monthly license to freelance workers or charge a revenue share.

What motivated you to start MotionThink?

When I moved to the San Francisco Bay Area from New York City years ago, I wanted to start and run my own tech company. I spent a couple years meeting people in the industry and learning and reading about tech trends before taking the plunge.

I joined a now-defunct startup incubator/accelerator funded by former Google CEO Eric Schmidt’s venture capital firm, Innovation Endeavors, which is where I met my co-founders and started MotionThink.

In joining the accelerator, all founders came in without a pre-commitment to an idea. There was a co-founder “dating” process where we matched up with which co-founders we most wanted to work with, and once our teams were formed we embarked on a need-finding / design-thinking process to come up with a startup idea. MotionThink’s focus on freelance workers came out of this process.

My background was in law, business, and finance. I am a licensed attorney in 3 states and worked at McKinsey and in private equity investing before starting MotionThink.

My co-founders and I prototyped many different products over a period of 6 months but eventually did not release a working product. We started by interviewing freelancers and small business owners, trying to better understand pain points in their workflows. Almost everyone said finding new clients/customers was a huge pain point; many also said getting paid on time by clients/customers was a pain point.

We built stubbed-out prototypes in Photoshop and HTML/JS (without real data) so we could simulate different product ideas and get feedback from potential users.

This design-feedback-iterate loop gave us learnings, but differences in opinion among the co-founders also quickly emerged, both in terms of business direction and in terms of what our goals were for doing the startup. These differing views soon became too big to ignore and, eventually, too big to proceed with -- this was ultimately the cause of our startup’s demise.

I learned a lot about how to do a startup through this experience, and importantly how crucial it is to be aligned with your co-founders on foundational motivations and philosophy from the very beginning. Without this, it is very difficult for a startup to survive.

Which were the causes of MotionThink failure?

The main cause of our failure, as is the case with most failed startups, was suicide.

It was clear after 6 months that the founders were not aligned on a shared vision for what to build, how to build it, and what our core motivations even were for starting our own company.

I think I realized we were going to fail after it became apparent we were spending more time each day debating and negotiating and arguing than simply taking action and doing. It would take multiple units of discussion for every unit of work output, and in the early days of a startup, that ratio should be the mirror opposite.

In terms of the mechanics of shutting down the company, I resigned as CEO. My co-founders tried to continue for another month or so, but decided to unwind the company entirely after that.

It felt really disappointing to end the startup, especially only after a few months, and I sometimes wonder if there could have been a different outcome. But I have learned that, more than any business idea, the most essential ingredient for starting any company is to make sure you partner with co-founders with whom you are 100% aligned in terms of goals and motivations for starting a company. The business idea will pivot and change a lot, especially in the early days. But people don’t change. So you need to make sure you’re aligned with your co-founders to have an actual chance at succeeding.

The biggest mistake I made was actually a structural flaw of the incubator/accelerator I participated in. The explicit requirement of the program was to apply without having yet committed to any co-founders. This stands in stark contrast to every other major incubator that just about requires your founding team to already be formed – and to have been working together for a long time and, ideally, to already have some demonstrated traction – before you apply. This is one reason my accelerator program ended after just 2 batches – it was clear the solo-applicant model does not work.

When I look back, all our product and customer development struggles, the long philosophical debates, etc, stemmed from the fact that the founders simply didn’t know each other well. And as we got to know each other, we realized our goals, motivations, and values differed from one another – on some issues only a little bit, but on other issues a great deal.

The #1 reason startups fail is because the founders quit or break up, resulting in startup suicide. This is what happened to us. In retrospect, the “right way” to join any incubator is to have your founding team already formed and with a reasonably long track record of working together. That’s probably the biggest thing you can do to de-risk your startup.

Mistakes and market challenges are bound to arise, but that’s OK because your product and ideas will drastically change as you learn about your customers and market. What you cannot change are the co-founders you start the journey with because, frankly, people don’t change. So you have to be sure you know your co-founders well enough, both personally and in terms of work style, to feel confident that, as a team, you’re able to go the distance.

We did not achieve revenue. Our expenses were about $100,000 in venture/seed funding. Collectively we lost much more than that due to the opportunity cost each founder incurred vs. what they could have earned elsewhere.

If I were to do it all over again, I would start a company in a more organic way. I would start by just working on side projects with friends or colleagues. Just nights and weekends to start. It’s totally fine to do a side project while keeping your day job.

I’d see if we could first develop some interesting insight, hypothesis, or idea about a market or industry. Then see if we could hack some prototypes together to get customer feedback, customer interest, and – ideally – even pre-generate a sale or two to validate whether the product idea has promise.

It’s not important to declare officially that you’re starting a company in the beginning. To be sure, it’s helpful to discuss with your colleagues that that is your desired goal, and to have early discussions on goals and motivations for working together (and potentially starting a company). But in the early days, actually filing incorporation paperwork, etc, is unnecessary.

Once you have a good rhythm working with your would-be co-founders and you’ve all tested each other out in terms of interest and commitment level, then it might be worthwhile to start formalizing things into a company. This is because, by this point, you’ll already have a track record of working together and you’ll have a good feel for each other’s personalities and work styles.

Co-founder relationships cannot be rushed. It really is like marrying someone (or a few people). And you wouldn’t get married without dating, right? So, if I were going to start another company, I would “date” first by working with friends or colleagues on informal projects to start, and then discuss along the way and agree on “what would have to happen” to justify e.g. quitting our jobs to take the plunge full time.

Lastly, I would spend most of my time investigating a market/industry/customer pain point that I was profoundly, intrinsically interested in. A good way to tell what you’re interested in is to see what you write a lot about (if you journal), or what you read a lot about when you read the news. If you have been consistently writing and/or reading about a topic or industry for more than 2 years, then that is a pretty strong sign you have profound, intrinsic interest in that topic. (Anything less than 2 years is hard to tell, because that could just be a temporary interest that fades away sooner or later).