Bootstrapping a Side Hustle to $3k MRR with No-Code Tools 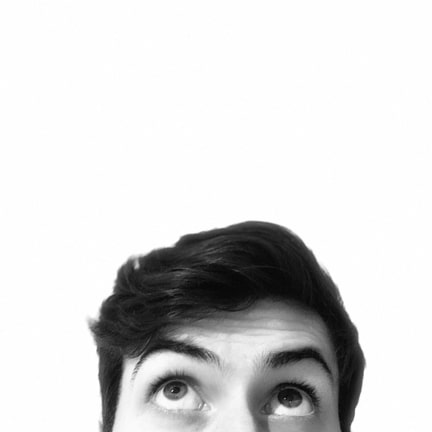 Bootstrapping a Side Hustle to $3k MRR with No-Code Tools

Joshua started No Code Founders, a community of founders using no-code tools to build internet businesses. NCF was a Slack community, but over time it has added profiles, jobs, interviews, meetups, deals, etc. They're now getting close to 10,000 members and have surpassed +$3k MRR.

Hi Joshua! Who are you and what are you currently working on?

I’m JT - based in Edinburgh, Scotland and I’m the founder of No Code Founders, a community of founders using no-code tools to build internet businesses.

No Code Founders was initially purely a Slack community, but over time I’ve added more features to our site which now includes founder, startup and tool profiles, jobs, interviews, meetups, deals, etc. and has become a place for people to explore the no-code ecosystem and help them choose the right tools and strategies for their projects. I run the community myself so I wear all of the hats at the moment, including the site development and community management. I’ve put very little effort into marketing so far and it’s just grown organically but I’d like to start doing more of that soon. We have 2 main revenue streams - the first is PRO memberships, which is an upsell of our free memberships. The other is paid partnerships with no-code tools who pay to promote themselves to the community.

I’ve had A LOT of failed projects over the years. It took me almost 10 years of making no money online to finally launching my first successful project. After I broke the failure ceiling, I then had 3 projects get acquired in the next 2 years.

Before that, I had pivoted from idea to idea, rarely seeing any success but learning at least one thing with each project. Over time, I hit so many pitfalls that I then had a pretty good understanding of what NOT to do and I found that the projects I’ve started since have all been much more successful, by knowing to avoid those same pitfalls.

The idea for No Code Founders started as a way to meet people similar to myself. I had discovered a tool called Bubble.io and used it to build a remote job board called Remote Circle, which was later acquired by We Work Remotely. It was through using Bubble that I discovered the no-code movement and realized there was a term used to describe people similar to myself. Up until that point, I felt like a non-techy needle in a haystack of developers. I wanted to meet more of these no-coders and NCF (No Code Founders) was my idea on how to do that. I started it as a Slack group and posted it on a couple of forums. After a couple of weeks, it had 100 members and it grew from there.

I took feedback from the community on the things that would help them out and then built a site around those needs. Initially, the site was just a list of interviews and then I started to add more features over time. The hardest part was picking the right features to build. In some cases, I ended up spending a long time building features that weren’t very popular so I think it’s really important to sniff out the areas that are working and focus on those. The other issue is that the site allows users to add a lot of their content (startups, jobs, posts, meetups, etc.). After a while, the site had thousands of dynamically created pages, some with poor-quality data which I’ve had to tidy up manually. That took a lot of time so it would have been better if I had a system in place to manage that from the start. I think that’s an important consideration when starting some type of community platform.

The site is purely built on Bubble and uses Zapier for a couple of automations and Mailerlite for the newsletter. In terms of how long it took to build, it’s hard to say as I’ve tweaked along the way but I imagine it’s into the “thousands” of hours now.

I’ve done very little in terms of marketing. I’ve got some automated tweets going out every day that share content from the site and other than that, it was just the initial launch on Product Hunt. I’ve tried to focus on engagement rather than growth from the very start and that seems to bring organic growth. Within the first couple of days of launching the Slack channel, I could tell the idea had some level of traction as there was engagement straight away. I didn’t want to ruin that by having a massive influx of new users and taking away the 1-1 relationships that people were building. I’ve done a lot of analysis to understand who the users are. Now that I have a better idea of who the primary users are, I can now start to focus more on marketing efforts and begin to grow the community more rapidly.

I monetized NCF just under a year ago. The revenue split has been about 50/50 since then between PRO memberships (B2C) and paid partnerships (B2B). Memberships have contributed around $20k and that is fully automated as it’s an upsell on the site so I’ve not had to do anything to win those sales. The B2B partnerships most often came from tools reaching out to me directly. I’ve had over 100 no-code platforms enquire about paid partnerships in the past 12 months. As well as this, I’ve done some direct outreach to tools that I thought would be a good fit, and several tools signed up that way too.

We’re now getting close to 10,000 members and I’m ready to expand that further. We have a large audience of developers and marketers, but our biggest segment has always been founders and the focus is to spread the no-code message to the next generation of non-technical entrepreneurs.

No Code Founders is a very lean business. The total costs per year are less than $2k and are fixed costs so the profit margins increase with every $ made.

There are many different ways NCF could go. I can see it possibly being acquired in the future as I’ve already turned down 3 acquisition offers this year alone, but I’m equally happy to continue running it on my own. Either way, I’m passionate about the no-code community in general and I want to continue running NCF and evangelizing the power of no-code. In terms of the goals for NCF specifically - I’ve got ideas about where I want to get to in terms of users and revenue, but I need to keep it centered around the community and I try to be led by them as much as possible. I spend more and more time in stats and surveys these days to get a better understanding of how I can make NCF a more supportive environment for our members. The members will always be the primary focus and everything else works around that, so I like to keep my goals fairly fluid.

Since starting No Code Founders, what have been your main lessons?

Learn from your members. That’s my biggest takeaway. This is a lesson specifically for community-based businesses, but it’s been a vital one for me. If I started again, I would build a feedback loop directly into the community from the start and follow exactly what our most engaged users wanted. There are subtle differences between different communities and every community is an entirely different beast in terms of how you manage and grow it. Understanding what beast you have is key. And it’s not something you as the founder decide. Entrepreneurs tend to be creative and we have our ideas of what we want to do, but with community building, you need to resist that urge and build what the community want. I’ve had to re-teach myself this lesson over and over with building NCF.

Unsurprisingly, I’m a big advocate of no-code tools. Particularly for early-stage businesses, the speed of development and low running costs make them brilliant choices for quickly launching and validating a business idea. In particular, I’ve used Bubble.io to build most of my projects, including nocodefounders.com. Bubble is very powerful and allows you to visually program almost anything you could with code. As well as building the site functionality for users, I was able to build back-end dashboards for myself that allow me to manage all of my processes, content, and marketing automation, without having any other tools. That’s powerful.

As well as no-code stuff, I like reading Failory interviews + listening to the Indie Hackers podcast for inspiration.