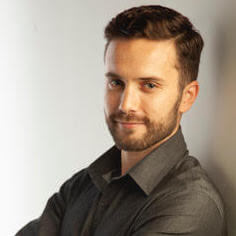 Tim is a 32-years-old entrepreneur who in 2014 spent 10 months working on a Kickstarter project that would never launch: the Okami Pack. He quit his job to follow his dream of creating this survival pack, but as the months went over, he started running out of cash and saw himself forced to shut the startup down.

Hi Tim! What's your background, and what are you currently working on?

I’m currently 32 and live in Atlanta, Georgia. I run an advertising agency and my background is in growth marketing.

That said, by “background,” I mean in the last 5 years. To get here required one of the most painful failures of my professional life.

The failure was my “never launched a Kickstarter campaign.”

Before 2014, my career was in event promotion, teaching English, and corporate sales. When my 27th birthday hit, and my 30’s began quickly approaching, the lack of success and fulfillment in my career created an overwhelming sense of desperation.

This was when I spent 10 months of my life on a Kickstarter project that would never launch.

While I’ll get to the details later, the pitch was this — an ultra-compact 72-hour disaster survival kit. The vision being “if Apple were to build a survival kit.” Something you could leave in your work cabinet, put in your backpack, or under your car seat.

What motivated you to start Okami Pack?

At the time, I was living in Tokyo, Japan. I had pivoted out of a career in English teaching into corporate sales.

During an earthquake one day, I reached under my office desk and found a survival bag that was entirely outdated with very poorly made products. Not only was this inconvenient, but it surprised me!

This is Tokyo - a tech capital and in one of the most earthquake-prone countries on the planet. Additionally, given how long most people commute in Tokyo, I thought — “this is all they got to make it home?” I also realized that I didn’t even own a survival kit in my own home!

Upon inquiry with friends and colleagues, many people had no “bug out bag” (72-hour prep kit) for a major catastrophic disaster either.

In addition to my demanding corporate job at the time, I had also picked up some marketing skills on the side by promoting nightlife events and blogging about it. I knew a few things about startups, and one of my favorite websites was Kickstarter.

I was living paycheck to paycheck, and with all the work (corporate, events, and blog), I was hardly sleeping. My life felt like an endless grind.

I needed a way out ...and that was Okami Pack.

In August 2014, I pitched the idea to my colleague at the Japanese company I was at who had experience with sourcing products from China - he loved the idea and agreed to be my co-founder. His wife was Japanese and this also allowed him to research the best Japanese survival gear/equipment.

We called it Okami Pack because okami means “wolf” in Japanese. We wanted to make the most effective “wolf pack.” We even spent a few nights walking around Akihabara trying to find the best survival tech gadgets.

Most of the initial few months were spent on product market research so we could finalize the initial product concept. We studied all the survival equipment in Japan, all the Kickstarters of innovative survival kits, and many of the available bug out bags on the market in the United States.

Online, I realized there were entire communities of “doomsday preppers” - so I read many of the forums and subreddits to understand the different types of survival gear.

Eventually, I recruited a team around the Kickstarter — all based on the promise of future payment should the Kickstarter earn money (a % of profit structure). At this point, I was fully confident it would succeed.

Our initial version wasn’t so pretty, but it was functional:

The inside of the pack was separated based on three needs —sustainment (to address nutrition, drinkable water/purification), first aid + hygiene, and tools (lighting, chargers, fasteners, protection).

We tried many iterations but struggled with form vs function. The more items the pack contained, the longer the pack could sustain survival situations, but the heavier, less portable, and thicker it was. We also understood the importance of aesthetics given it’s target demographic (affluent urban millennials).

By May 2015, we finally had the pack finalized and our first official prototype.

After completion of the initial prototype, I got help from SCORE, which offered free small business mentorship and was immensely helpful.

They took my prototype seriously and made introductions for me. In May, I had Prepared Associates (an emergency services company) review the pack.

I also had a Director at the Department of Homeland Security & Emergency Services review the pack as well.

I met with a product development company for breakfast — ones who had done their own Kickstarter successfully — to recharge my motivation.

They informed me of the likely costs of manufacturing our prototype and explained that the most painful part was actually after launching — fulfillment. They asked about my remaining capital reservoirs.

This was when a harsh reality began to set in.

Which were the causes of Okami Pack’s failure?

Embarrassingly, by the end of June 2015, the answer was literally almost zero for both.

In August 2014, once I had made the decision to pursue Okami Pack, I quit my job.

While I had savings, I had little idea of how fast those savings would disappear.

By January 2015, I moved back to the United States, I picked up part-time work in the interim, but it was only enough to meet basic living expenses to allow me to focus on the project.

If I was going to have any chance of success, I would need more money. The only route was to pitch to investors — which raised up a second point that allowed me to accept it’s demise: a lack of passion.

This wasn’t just a Kickstarter, it was kickstarting a business. Did I care THAT much about the industry to create a pitch deck and ask investors for money? Did I want to run a survival startup at the expense of everything else in my life?

No, I did not. I didn’t IDENTIFY with the project on a fundamental level.

At that point, the only thing holding me to that commitment was that I had written in my journal that I would launch it “no matter what” — in ignorance of future information.

I was holding onto my own words too stubbornly. The only “passion” I had left for it was avoiding the feeling of humiliation and a loss of integrity from breaking my promise.

After I left the product development company, I spent a few hours mulling over the email I would send to the entire team explaining why the project needed to end.

There was no easy way to spell it out.

It hurt to not just let myself down and the 5 other talented members of the Okami Pack team — but our entire support network we had accumulated over the previous 10 months.

Surprisingly, most of the team was accepting and compassionate. I let the product designer keep the prototype. I paid the film crew a small stipend with the very last bit of cash I had. I closed all existing accounts, shut down the website, and closed the never-launched Kickstarter page. The project was officially over.

After a few weeks of an [expected] existential crisis, I knew one thing clearly — I was broke and desperately needed money!

That’s when a silver lining began to appear.

Through my previous networking, I had been introduced to another Kickstarter hopeful who had learned of my project’s demise. He didn’t know much about online marketing and wanted my help. I was extremely reluctant to join someone else’s project, but he had a crucial element I’d been missing all along: funding. He offered me a small salary and his project had a lot of potentials.‍

Outside of the lack of capital, the timeline had a lot of challenges:

Many of the avoidable challenges & mistakes really came down to a lack of product development experience and not accurately assessing living and capital expenses over a long time horizon (9 months).‍

Additionally, the “profit share” payout for the team had some major flaws and wasn’t well thought out. Had I launched the project, this likely would have led to some serious cash flow problems as we were starting a business and did not have a financial road map that took accurately took their profit shares into account.

Interestingly, I think what is overlooked here is OPPORTUNITY COST.

I lost A LOT OF MONEY on opportunity cost.

I could have been earning $50K per year (roughly the minimum fair market rate at the time for sales and digital marketing skills). Instead, I did part-time Uber driving and freelance SEO work — only enough to meet my monthly expenses. I was so blindly focused on this project that I had lost sight of how much I was giving up.

I reiterate this to everyone thinking of “quitting their job” or even pursuing their project “on the side.”

Pursuing your project has opportunity cost (thank you Economics degree) — these costs aren’t just what you put into inventory and development (direct capital), but the money you DON’T earn with your time.

If you had to start over, what would you do differently?‍‍

Quite simply — I would have joined a pre-existing Kickstarter (as I did AFTER the project failure) rather than trying to do it all from the beginning. That’s in hindsight though!

I write on my blog and run an eCommerce advertising agency.

For Kickstarter specific articles, you can read my blog posts from my successful experiences after Okami Pack’s failure.