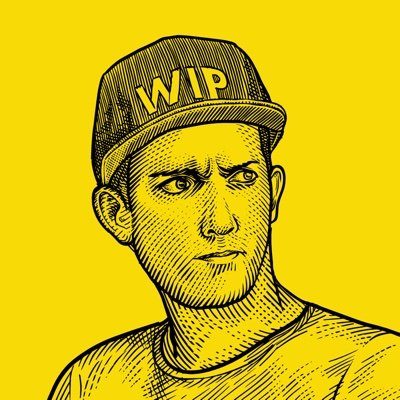 Marc co-founded *openmargin, a social e-reader app that turned books into small communities. Being too early in the market, having huge competitors like Amazon, and not shipping fast enough were three of the reasons for the startup’s failure.

Hi Marc! Who are you and what are you currently working on?

Hey, thanks for inviting me. I’m Marc Köhlbrugge. I’m the founder of BetaList (discover tomorrow’s startups, today), WIP (community of makers), and Startup Jobs (job board for startups). I grew up in the Netherlands, but nowadays I travel around quite a bit. I’m currently in sunny Portugal.

Besides the three products I mentioned above, I’ve pursued many other ideas as well. Some successful, others not so much.

One of the products that didn’t work out in the end, but I still learned a lot from is *openmargin. It was a social e-reader app that turned your favorite books into small communities. We added a social layer to every book, allowing you to discuss with other readers. It was innovative at the time, and still one of the most exciting products I’ve worked on, but ultimately it didn’t live up to its potential.

I was one of the founders together with two friends. We shared a lot of responsibilities, but I’d say my main role was technical and design.

What’s your background and how did you come with the idea?

*openmargin started as our graduation project at university back in 2009. Every school project always ended up getting shelved at the end of the semester, so we want to do something different this time. Build a business we got continue after graduating.

One question we kept coming back to is how we’d present ourselves on the job market. Our study was a blend of many disciplines, from design to software development, to project management and branding strategy. How do you fit that on a business card?

After many brainstorming sessions, we realized that showcasing your book collection and the notes you make within them, is a really good representation of who you are as a person.

This eventually led to the idea of publicizing your notes and highlights. Initially, we came up with an iPhone app you could write notes in while reading a book. But when the first iPad came out, we saw the potential of it becoming an e-reader. So we pivoted to an iPad app instead. Allowing you to make notes right inside the book.

We spent many months just coming up with ideas without really implementing any. Everything was very well thought through (e.g. I vividly remember weeks of discussing in the detail the pros and cons of having threaded discussions versus a flat hierarchy), but it took a long time for us to implement any of it.

I think that happened for multiple reasons. The most important one was that our team wasn’t as balanced as it should have been. We had a philosophical foundation and could discuss anything from the tiniest details to our grand vision of the interconnection of texts and the human species. How we could add a social, annotation layer to anything in the world, not just books.

It’s great to think big, but you still need to start by taking small steps. That took us a while to understand.

Fortunately, we had a deadline for the graduation project, so in the last week or two, we quickly put a prototype together with our main ideas.

When we graduated we raised a total of €130.000 in subsidies. That’s where our philosophical ability paid off. We were very good at sharing our vision and getting people excited to play a part in it.

The subsidies came with their deadlines, which again helped us execute.

We launched publicly in 2011 at The Next Web conference in Amsterdam. About two and half years after we started.

To get our first very beta testers, I started a separate website called BetaList which features up-and-coming startups. It was pretty easy to get press coverage for that (I wrote about it in detail) which in turn lead to a lot of traffic for *openmargin.

Of course, that initial press coverage only gets you so far. And while people seemed excited about the idea, this wasn’t reflected in user adoption. We quickly figured out that an e-reader app is only as good as the books you can read in them. And it was very difficult or sometimes even impossible to get your ebooks into our app.

The ebook market was completely dominated by Amazon and there’s no way other apps than their own can open up Kindle ebooks. Their monopoly and use of DRM was a huge hurdle and are still today for any startup trying to innovate in this market.

At the time the big publishers were still hesitant when it came to ebooks. So partnering with them seemed impossible. Fortunately, authors and indie publishers were excited. So we partnered with a bunch to make their books accessible within *openmargin.

This also solved the chicken-and-egg problem where we might have 100 users, but they are all reading different books. We need a group of people all reading the same book, for the concept to work.

This is something we might have figured out sooner (and not after 3 years haha) if we shipped faster rather than thinking too far ahead coming up with the ideal scenario.

Anyway, starting with a handful of pre-loaded books kinda worked. But the chance that someone who downloaded our app happened to want to read one of those books was pretty low.

We were in a few years in by this point, without any real traction. It was the subsidies that kept us alive while we each also had other jobs to pay the bills. I even co-founded a second startup in the meantime.

A lot of things went very well. We got a ton of opportunities, but I think we started to lose our motivation after multiple years of hard work without seeing clear adoption.

We talked to the team at Oprah’s book club to see if we could partner somehow. Which would have been huge. Samsung proposed a deal where we’d be the default e-reader app on the first Galaxy Note. We had calls with notable authors like Kevin Kelly who seemed interested in working together. We even got invited to the most popular talk show on Dutch television (‘De Wereld Draait Door’), but we couldn’t attend because of a scheduling conflict.

Our team had grown larger over time as well, which I think we didn’t manage well. One condition of the second subsidy we got, is that we’d form a foundation with outside board members. At the same time, we hired some freelancers to help with the app development. So we grew from 3 friends to a team of 7. Three co-founders, two additional board members who ultimately had control over many business decisions, and two freelancers who did a lot of the actual work. I think everyone did their best, but ultimately having so many cooks in the kitchen ultimately slowed things down to a crawl.

Which were the causes of openmargin’s failure?

I think we lacked the “ship it fast and early” mentality leading us to focus too much on vision and not enough on actually testing our ideas in the market.

Second, I think we were too early. Most publishers were still scared of publishing ebooks. Let alone allowing people to freely share excerpts, etc.

Third, Amazon’s monopoly makes it impossible for a newcomer to innovate in this market. You’d either need to raise a lot of funding and start knocking on publisher’s doors to partner with, or you’d need to collaborate with an existing player that already has the connections. For example, I could see a publisher like O’Reilly launch their app.

Alternatively, if anyone can make the all-you-can-eat Spotify model work for books, I think that would be a great platform as well to integrate social e-reader functionality into.

After about three years of trying to get traction, I think we as a team slowly started to lose motivation and each got pulled away by our other work commitments. For me, those were my other two startups at the time PR.co and BetaList.

Although it wasn’t the success we hoped for, I look back at *openmargin with fond memories. We learned a lot, had fun doing it, and its ultimate failure was certainly not due to a lack of trying.

Looking at the founding team’s strengths, I think we would have been better of selling more of a consultancy-type service rather than a software product.

Alternatively, we could have tried to attract strong technical talent as part of the founding team.

Which is your favorite entrepreneurial resource?

Follow me on Twitter (@marckohlbrugge) to see what I’m up to, or check out my WIP profile.