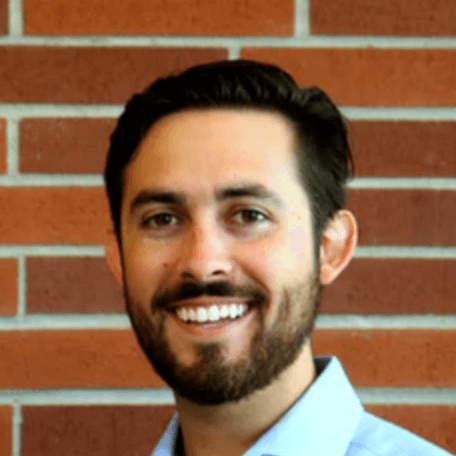 PEAR Cards is a card-based tool that initiates positive & open communication in a non-intimidating way. Matthew and the PEAR team went to Kickstarter and raised a little over $19,000. But as every entrepreneur, he has committed drastic mistakes and had to overcome big stumbles.

Hi Matthew! What's your background, and what are you currently working on?

Hello! First, I want to thank you for reaching out about this interview. As far as my background, it’s quite eclectic. I’ve worked in everything from the film industry, hospitality, bars & restaurants, tech sales, events, marketing, and now starting up my own company with some friends! At the end of the day, I like to do something that challenges me, allows me to let my creative juices flow and puts me in a position where I can learn by doing.

I am currently working on PEAR (Positive Engagement And Response) a company that is focused on giving a safe space for people to confidently come and share their thoughts and experiences. Our first product, PEAR Cards, is a card-based tool/activity that initiates positive & open communication in a non-intimidating way. Some have gone as far as calling it Cards FOR Humanity, which is quite the compliment. It started with some hand-written cards for people to respond to around a dinner table and BBQ’s and has turned into thousands of units that are now manufactured on high quality linen cardstock (the exact same cardstock as Exploding Kittens) and in places like High School classrooms, therapists & psychologists offices and on coffee tables in homes around the world!

How did you build PEAR Cards?

After having an amazing experience using the hand-written prompts that my Co-Founder Nathan Anderson’s mom created for a buddie’s college graduation party, we decided this was something that needed to be shared with others around the world. The next day we were brainstorming over multiple glasses of wine at a local bar & restaurant. We wanted to write down as many prompts & questions as possible, without losing out on quality content. Once this was done, we ordered an original prototype. I created them on a website where you can design custom cards. I think the set was around $50 and was 108, circular cards, with our questions and prompts on them.

We used these for a few weeks, and then decided to rework some of the content. After this, we reached out to our graphic designer who had created our logo, Kevin, who I found through Reddit. I had him whip up a much higher quality set that we then sent over to Print Play Games for a few REAL prototypes, with a box & all in order to send out to some of our beneficiaries (we will be donating 10% of our PEAR Card profits to Mental Health America, American Foundation for Suicide Prevention and Brain & Behavior Research Foundation), some of our social media influencers & other who’d helped us up to this point. Print Play Games is the prototype division of AdMagic, an indie game printer who’ve done games like Cards Against Humanity and Exploding Kittens. I found them online and they have been nothing short of amazing. Once we finalized everything, we went to Kickstarter and raised a little over $19,000 and got our first shipment of PEAR Cards created!

Which are your marketing strategies to grow your business?

Nathan and I had just gotten back from traveling Europe for 10 weeks and at that time I hadn’t received a paycheck in almost 8 months when PEAR became a reality, so our marketing then (and still to this day) is primarily through social media & word of mouth. We use Twitter, Instagram and Facebook to reach out to people and share as much information as possible. We will be focusing a lot more on this in the coming months, seeing as we have a website and product to sell now. We’ve been lucky to have local press reach out to us and have even given some talks and workshops in front of people which is great for marketing your business and product as well. The Kickstarter was great as well, but nothing “viral” or close to it. I think about 5% of our purchases on the Kickstarter were organically through the website itself, so it definitely helped, but it wasn’t what I had hoped for, unfortunately.

It’s hard to say we haven’t had challenges, because obviously not everything goes as planned, but for the most part we’ve been extremely fortunate and lucky thus far (knock on wood!) It’s been interesting trying to bootstrap this while not really working a full-time job, but it allows us plenty of time to focus on our company, and that’s extremely valuable. One thing I can say is it has definitely changed our personal lives, but I don’t find it to be negatively impacting us. I spend more time working on this now instead of being with family & friends, but I also think that is apart of chasing something you’re passionate about. I just need to remind myself more often than before to create time to see my parents and friends that aren’t in my general vicinity.

It’s easy to get obsessive over things and not be able to let it go. This also goes with a saying a mentor of mine, Lain Henlsey, mentioned - “It’s not about perfection, it’s about connection.” I also like to think about the idea that getting something done is sometimes better than making something perfect. A lot of times we get caught up on being perfect, and that stops us from just getting it done in the first place.

We don’t necessarily have a breakdown of “job descriptions” for each person. We all sort of attack things together, and eventually we will need to create an outline of who works on what. We also have semi-similar backgrounds, so we don’t have anyone that is an expert in a specific facet of business, and I’d like this to change going forward as well. But, with that said, I find it exciting that it gives us more opportunity to learn and grow as individuals and a team. We can find that niche we are passionate about and take it on to help ourselves and the business.

Recently, we’ve also had people reach out to us and let us know that there are similar products out there. Although to me, this almost seems to validate PEAR Cards, because something in the same realm has been done and made an impact. What I like to do is look into why THEY aren’t at the level of success that I hope PEAR and PEAR Cards can get to. I find that more interesting and beneficial than looking back at what I wish we could change, how we would do things differently, etc. I want to see why these other products have found some success but haven’t completely captured the market.

During the process of building & growing PEAR Cards, which were the worst mistakes you committed?

Again, there isn’t really a massive mistake that comes to mind. We also live with the mantra that there isn’t a mistake of failure as long as you’re learning from it. So, on that note, I will say, international shipping is extremely expensive, haha! Due to this realization, we’ve decided that for the foreseeable future, we will only be available in the United States - post Kickstarter. During the Kickstarter, we were available internationally, and after looking at shipping costs, it doesn’t make much sense. I wish we would have figured this out earlier, or made that decision before the Kickstarter, but for the few international backers, they will have a one-of-a-kind product for a little while, so hopefully, they enjoy using a rare item in their country until we decide to ship international again!

It’s also interesting dealing with logistics and fulfillment on our own. We wanted to give it a try, but I would be lying if I said packaging 300+ units from a small bedroom wasn’t a bit draining. We hope to one day be able to give our business to a fulfillment team, that way we can focus on growing PEAR into the future as the company we imagine it can become.

If you had the chance of doing only one thing differently, what would it be?

I wouldn’t have changed the way we did things, because we learned through it all and had a fantastic time, but I do wish our Kickstarter would have gained more buzz. This could have been done by putting more effort, time, or money into marketing our campaign a little better. Making things cleaner, more understandable, or maybe creating a nicer video, etc. We wanted Kickstarter to be our biggest marketing campaign up to date, and although it still may be the case, I was really hoping it would have taken off. We imagined being selected as a “Project We Love” or “Trending” and neither of these happened. It is what it is, but who doesn’t want to wake up one day to see your Kickstarter on the internet and an email from The Ellen Show asking for an appearance, haha!

Apart from mistakes, what are other sources of learning you would recommend for entrepreneurs who are just starting?

To be honest, I learned the best from the most amazing tools we have. Our connections & relationships with real people. There is an abundant amount of people in this world that are willing to help and are available. I reached out to family and friends who’ve been successful and picked their brain. I also reached out to acquaintances and strangers, who were all extremely helpful as well. They have the experience and genuine caring mentality to make sure you’re set up for success. I also gained a lot of information from a few subreddits that were extremely valuable. You have to wade through some gravel, but there is absolute gold in there, and people who have amazing advice and experiences to share. After those two, nothing is better than the reliable Google. There’s so much information on the internet, if Google can’t find it, it might not exist.

Our website has our blog and links to social media on there. Our blogs are currently written by myself, Nathan, Benjamin White (who is also apart of PEAR) and a friend Steve Rector. We are always looking for more contributors who have a story or experience that they’d like to share - so please reach out if you’re interested in sharing! We are @passthepear on all social media accounts and can be reached at contact@pearcards.com!