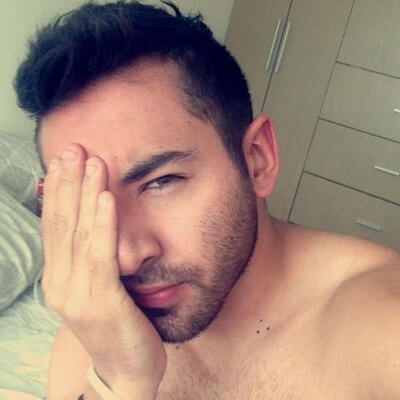 Phoenix was a SaaS app to send a last message to the people you love when you die. However, it was the app which died first.

Hello Enrique! What's your background, and what are you currently working on?

Hello! My name is Enrique, I'm a full-stack web developer and maker. I love to make and ship stuff! From idea to a fully working project.

About a year ago I launched my very first online project/startup called Phoenix, it was a SaaS web app that enabled you to send a last message to the people you love when you die ☠ (pretty weird, I know haha!)but the story wasn't so great.

What was Phoenix about?

Phoenix was a SaaS app to send a last message to the people you love when you die, you just entered the platform and start writing some messages (like an email) then you include the email of the people you want to send it when you die.

I got the motivation behind this one day I was thinking about death, and I thought: "One of the saddest things about death is that when you leave, you leave your ideas as well, your vision and the things you always wanted to say and do". Then I thought of a way to send whatever you want to the people you care about :)

I know what you are thinking, how the hell is Phoenix going to know when am I going to die? Well, pretty simple, there was a section in the app that acted like a button (I called it the Check-In) in there you just had to click on it to let Phoenix know you are still alive! If you don't press it after a year, Phoenix will suppose you're dead, and will send the letters!

How did you grow Phoenix?

The only thing I did was to launch Phoenix up to Product Hunt and Hacker News.

Apart from that, I did nothing, the reality is it didn't have a lot of traction (what I was solving anyway? what there a market?) but that's the cool thing about the story, I learned a lot, and I mean A LOT.

Which was the problem with Phoenix? How did you realize?

Well, the first thing was the metrics (metrics don't lie). I had thousands of visits but only 45 sign-ups! Here's the break-down of the stats:

So it was a mess. I then realized a lot of things happened:

Here's the good part for you, I made a lot of mistakes, here they are:

Scroll down to read the whys of each number.

My biggest disadvantages were two, I didn't have early customers and I wasn't solving a real need (something people would pay for) so I had a very bad audience.

Woah! A lot! First of all is to start super simple (KISS - Keep it simple stupid). A month ago I launched Spoil Your Enemies and look at my stats:

As you can see, I kept it very very simple and it worked, it's not a big revenue number but it generates money!

What did I do? I didn't do the mistakes I said before (but encountered new ones). I wrote a post about that in here.

You can learn more about me and my projects here or follow me on Twitter at @bntzio. Stay awesome.